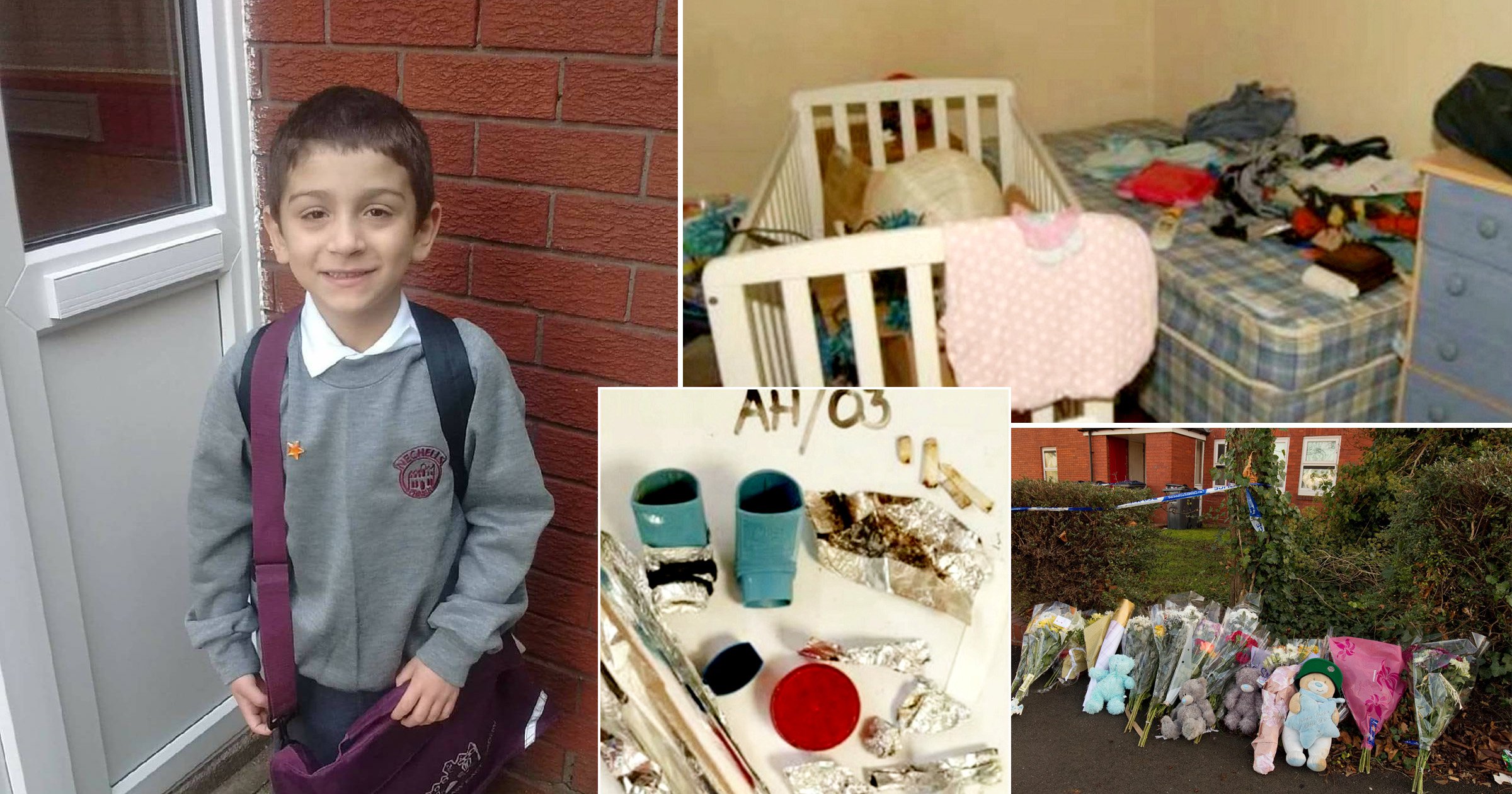 Laura Heath, 39, has gone on trial at Coventry Crown Court, charged with manslaughter following the death of her son Hakeem Hussain.

He died in November 2017 after a fatal asthma attack.

His body was discovered in a ‘near-freezing’ garden of a house in Nechells, Birmingham.

Two ambulances rushed to the scene but paramedics could not save the schoolboy.

Hakeem’s mum has been accused of fatally neglecting him, which included exposing him to heroin and crack cocaine from an early age.

The jury was told drugs were Heath’s ‘first priority in life’.

Allegedly, she would wrap her son’s inhalers in foil so she could use them to smoke drugs.

Hakeem was also forced to sleep on a sofa in ‘squalid’ conditions in her home, the court heard.

The smell of cigarettes allegedly wafted off his clothes at school and his jumper smelled of urine.

They had moved from a property on Long Acre to a house on Cook Street, both in Nechells, and went back and forth between the two.

Horrifying pictures show piles of bags and boxes piled inside a cot as well as other ‘unclean’ rooms which were said to have ‘smelled of raw smoke’.

The court heard Hakeem’s breathing got worse ‘day by day’ and, the night before he was found dead, he had gone outside alone to get some fresh air.

No medication was found alongside his body and a post-mortem concluded Hakeem’s cause of death was acute exacerbation of asthma.

Hakeem was also known to social services and was classed as ‘vulnerable’ due to concerns about ‘neglect, attendance issues and his home life’.

A child protection meeting was held two days before his death.

There, a school nurse had desperately warned Hakeem was at risk of dying and should be taken away from his mum.

The Birmingham Mail reports Hakeem only attended 15 and a half out of 52 school days from September 2017 up until his death in November.

But it was decided he should not be removed from Heath’s care despite him being at a ‘serious risk of harm’.

Friends also told the court how they witnessed Heath smoking class A drugs while Hakeem was feeling ill in the next room – just 24 hours before he died.

She has admitted four counts of child cruelty relating to neglect by failing to provide him with proper medical supervision and exposing him to heroin and crack cocaine.