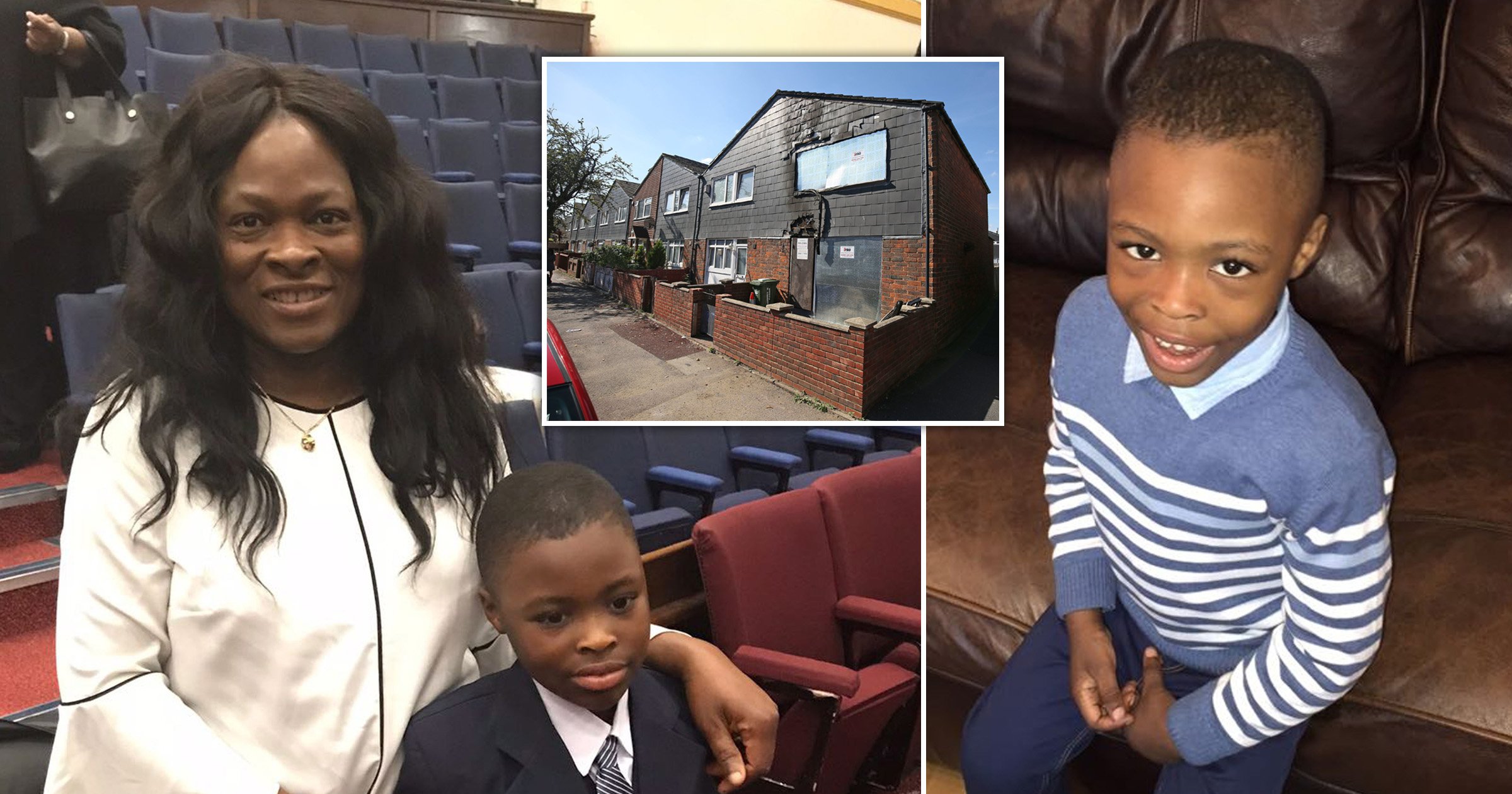 The mother of a seven-year-old boy who died in an arson attack has pleaded for help in finding those behind the ‘atrocious’ blaze.

Joel Uhrie died in August 2018 after a fire tore through the house where he lived with his mother and sister in Deptford, London.

Shocked neighbours had woken up to see a ‘wall of fire’ engulfing the family’s home.

Joel had been trapped within his bedroom and unable to escape the flames.

Four years on from the tragedy, the schoolboy’s mother Iroroefe O Edu has vowed to find those responsible for starting the fire.

She and Joel’s 19-year-old sister had managed to jump to safety from a first-floor window.

Joel was meant to follow and his mother was prepared to cushion his fall, but the boy never emerged from the window.

Ms Edu fears the culprits behind the arson attack may have been part of a criminal gang.

‘It will be four years on August 7 2022 since Joel died due to the fire thrown in the house,’ said Ms Edu today.

‘Up until now, the perpetrators of this atrocity and dastardly crime have not been unearthed.

‘If you have any information or know anything, or anyone, who may be responsible for causing the fire, can you come forward please?

‘With you coming forward, it will prevent the person/persons responsible from doing the same thing to another family.

‘Joel was in his own house that is supposed to be a safe environment for him, when the fire incident that claimed his life happened.

‘He was only seven years old.’

Throughout the investigation, detectives have had a ‘suspicion’ the crime may have been ‘related to gang membership’.

Mr Rogers, from the Met’s specialist crime unit, said: ‘Our thoughts are with Joel’s family, and we will continue to provide them with the support they need.

‘Joel and his family should have been planning for him to go to secondary school next month.

‘They will not have the opportunity to do what many other families will be doing at such a defining moment in a child’s life.

‘Someone knows why this happened; I would ask that you search your conscience and do what is right.’

Distraught neighbours had tried to help the family when the blaze took hold on August 7, 2018.

But the severity of the flames made it impossible to get close.

One neighbour, Kayla McClellan, told press at the time: ‘I just woke up to screaming and when we opened the door a wall of fire came through the front and we immediately closed it and went out through the back.’

Clive Stagg added that ‘the whole house was ablaze’ and ‘you couldn’t even get near it, even if you would have tried.’

A year after the attack two men were arrested on suspicion of murder, attempted murder and arson with intent to endanger life.

Both were released with no further action.

Two years later in August 2020, three different men were arrested on suspicion of conspiracy to murder.

They were released under investigation.

Detectives believe that the amount of time since the attack means witnesses are more likely to speak up.

Mr Rogers said: ‘This is the time of year when Joel would have been going to senior school.

‘The family would have been looking to get new uniforms.

‘Hopefully people can reflect and look at their own lives now, look at how their lives have changed over four years and take action.’