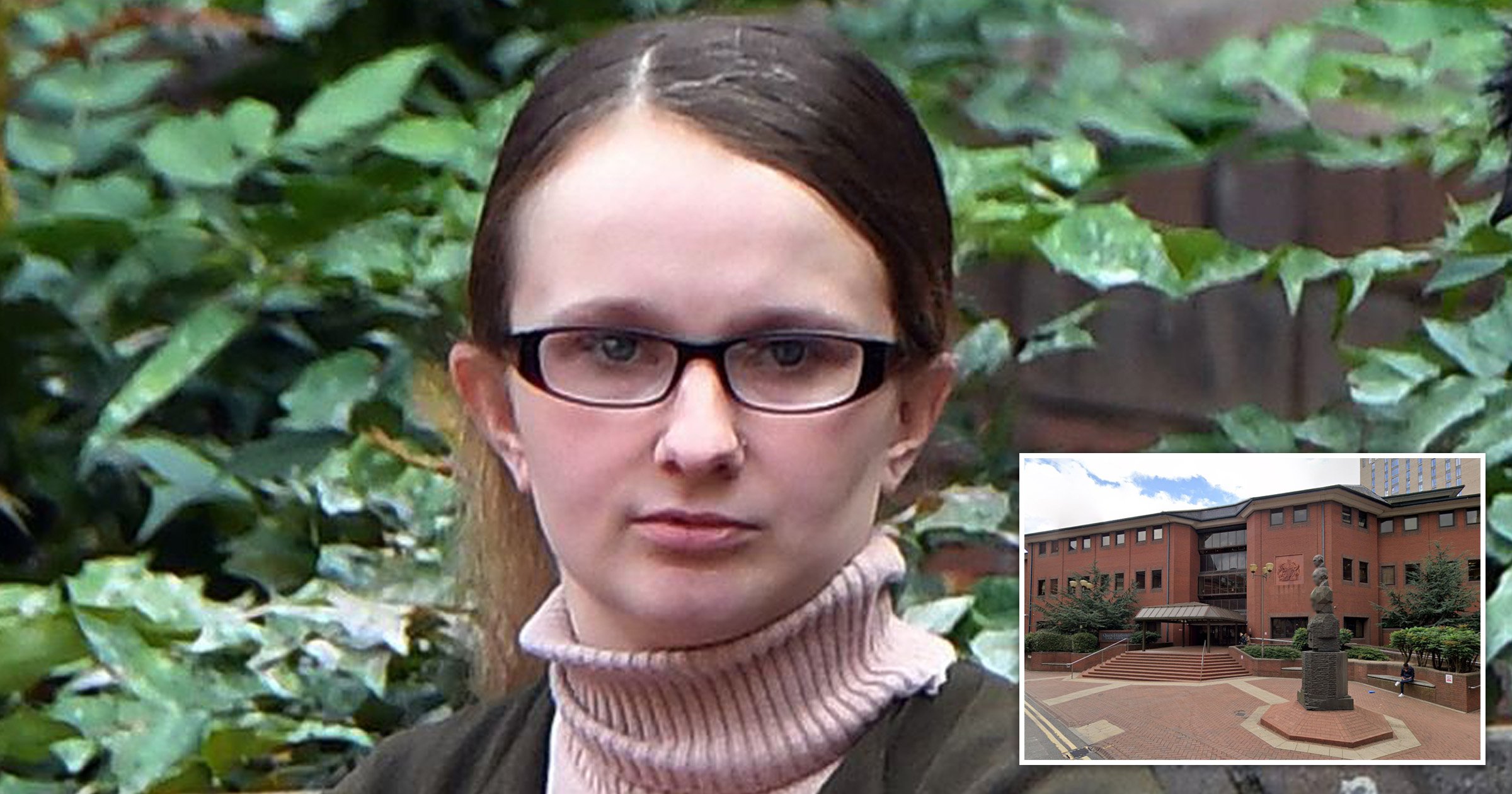 A woman has been spared jail after mowing down a stranger outside a Tesco in a ‘burst of temper’.

Bus driver Paramjip Malhi was sent flying through the air by Aimme Palmer’s Ford Fiesta after a heated row outside the supermarket in Hodge Hill.

Birmingham Crown Court heard the incident happened as the single mum-of-two began to reverse out of her parking bay as Mr Malhi walking behind her car.

Stopping abruptly after seeing the man, the 28-year-old then said: ‘Can’t you see I’m f*****g reversing?’

The pedestrian carried on walking but she backed out, revved her engine, and ran him down.

Abandoning the victim, who suffered a broken ankle, she returned a few minutes later, saying: ‘I’m sorry I didn’t mean it.’

Palmer stayed at the scene until police arrived but later blamed Mr Malhi for ‘zig-zagging’ in front of her car.

But her claim was rejected by Judge Andrew Smith KC, who stressed her actions caused ‘significant physical and psychological harm’ to Mr Malhi.

The court heard he was unable to work for months and is still suffering pain and stiffness.

Prosecutor Timothy Sapwell said: ‘It has left him traumatised. He cannot sleep. He has nightmares about his leg. He was scared when he went out. The sound of cars going quickly and revving caused him to be anxious.

Sharon Bailey, defending, insisted that her client was not ‘a hardened criminal’ and pleaded with the judge to not send her to prison.

She said: ‘She drove at Mr Malhi with the intention to frighten or scare him. She didn’t intend to hit him. It was a short term burst of temper.

‘She is a young woman with two young children. Your Honour may think in all the circumstances it would be disproportionate to send her to prison.’

In his sentencing remarks Judge Smith admitted Palmer’s ‘deliberate dangerous driving caused a significant risk of danger’ but added she is of a low risk of further offending.

He added: ‘I recognise you are a parent of two very young children. I accept your description to probation of terror of being separated from your children.’

She was sentenced to 18 months suspended for a year and banned from driving for three years following the incident on June 8.

She was also ordered to pay £500 costs, attend 12 days rehabilitation activity and adhere to a three-month curfew between 7pm and 7am.