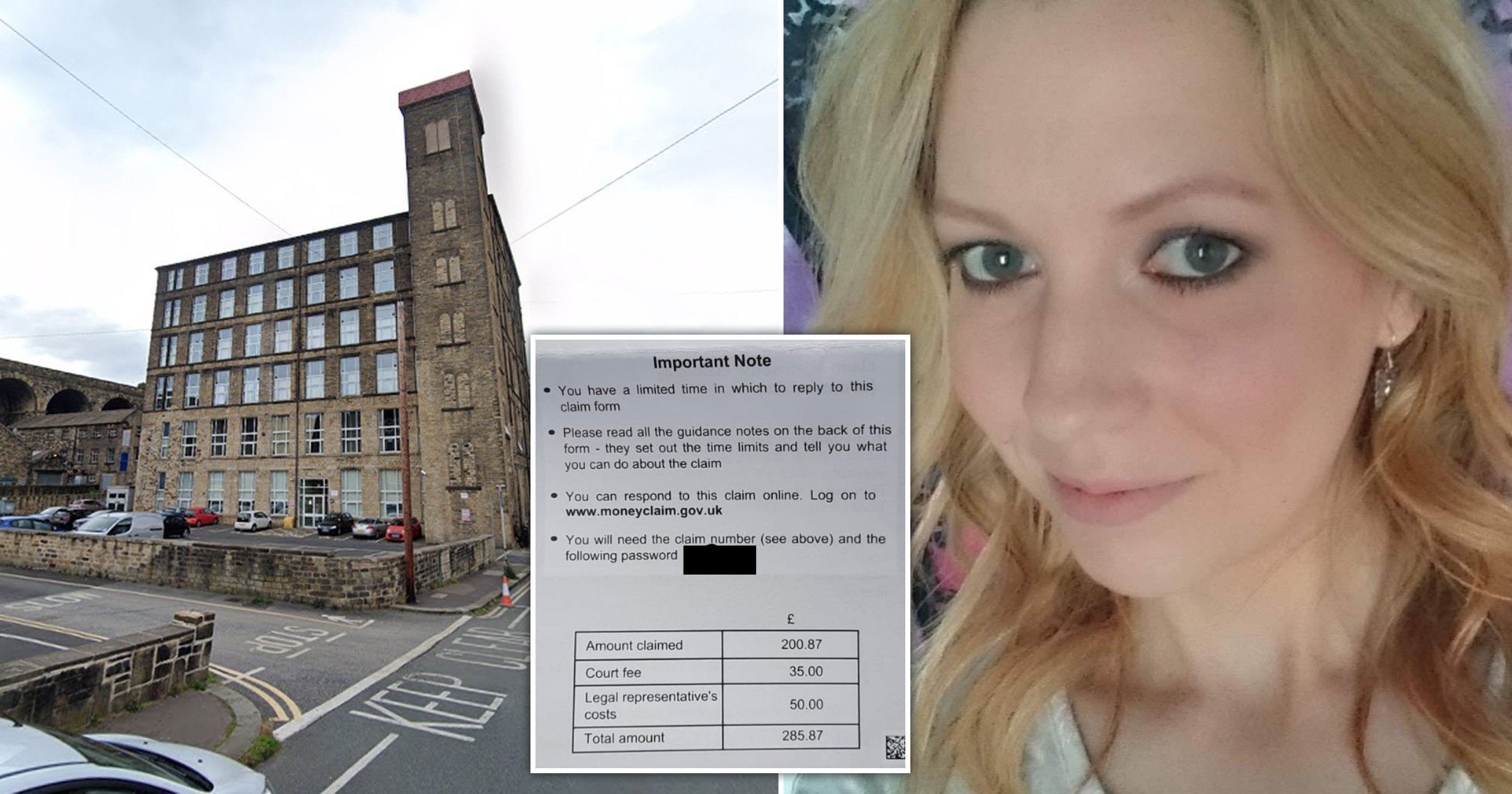 A mum who has been fighting a parking fine for five years claims she has been the victim of ‘a campaign of harassment’.

The space was allocated to the flat, but tenants are supposed to display a permit in the windscreen and Holly had misplaced hers.

So the pair decided to leave a note with Holly’s flat number on it so any parking attendants could buzz up and check who was parked there – but the attendant fined Sarah anyway.

The mum-of-two has refused to pay the fine, arguing the parking enforcement company is ‘fully aware that [she] was in the tenant’s numbered space’.

Now Sarah is facing an increased charge of £285, bailiffs, the threat of a damaged credit score and court action.

Sarah previously told YorkshireLive: ‘It’s putting a big strain on me mentally. It’s a frightening thing to be threatened on and off for this long.

‘I’ve even moved house but they managed to track me down and send the court action letter.

‘I can’t believe that I have to deal with this harassment for parking at my friend’s flat in her space, not bothering anyone and it wouldn’t be of any hardship financial or otherwise to the company because only my friend Holly can use the space!

‘I am determined to fight them because they cannot get away with sending an invoice to someone for parking on private property when you have that person’s permission.’

Enforcement company Vehicle Control Services denies any ‘harassment’ and stands by its decision to take Sarah to court – namely because she has ‘ignored all correspondence’ instead of appealing the fine through legal routes.

A statement from the firm said: ‘A key term and condition for parking at the Commercial Mill private car park, required that a valid permit was clearly displayed in the windscreen of the vehicle and, by her own admission, Ms Quinn did not display a valid permit.

‘Ms Quinn did not appeal the parking charge nor respond to any further reminders, (she ignored all correspondence), and, consequently, matters proceeded to court.

‘In accordance with the relevant legal limitation period, we have up to six years in which to commence court proceedings.

‘We refute the allegations made against our patrol officer. We are satisfied that the parking charge was issued correctly as there had been a clear breach of the terms and conditions of the car park which were clearly set out on prominent signs on site.’