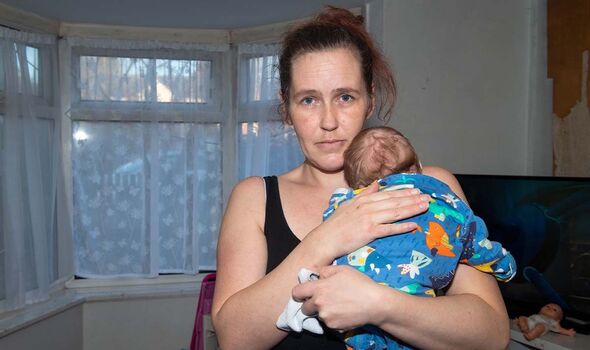 A mum-of-five has shared her horror after claiming she found a dying rat on the kitchen floor of her council house.

Charlene Jones, who recently gave birth to twins, was making baby milk when she spotted the rodent.

Birmingham: Mum details her issues with rats and mice

Charlene, who has two six-week-old babies, a toddler, aged one and twin 4-year-olds, claims she has also had issues with mice chewing up the ‘inside of her sofa and destroying it’.

Speaking about the incident, that happened in the early hours of Friday, December 16, she told BirminghamLive: “I came down to make a bottle and I turned round and there’s a rat sitting on the floor.

“I was a bit scared. I knew something was wrong with it because it wasn’t moving, otherwise it would have run off. I had to go back upstairs…try and calm the babies down, come downstairs and put a box over it, then move it myself outside. I moved it to the doorstep.

“I didn’t really want to move the box, I basically kicked the box out and it was dead on the doorstep.” After the scare, she informed her health visitor who had come to the family house to weigh the babies.

“I told her the situation and showed her the rat on the doorstep,” she explained. “I said: ‘Mate, I’ve got five kids in the property, I’ve got two newborn babies.'” The council said it had since treated the property.

When the family, including the mum’s partner, moved into the property in February, she claims there were also “mice in the cupboard”. The mum alleged she could hear rustling noises coming from the living room, with the mice chewing through part of their sofa.

“Me and my support worker went in there, found a big massive hole. It’s an ongoing problem in here,” she said. “I’d just like them [the council] to help me improve the house or whatever they can do. I’ve got no help here.”

Charlene also told BirminghamLive that her children ‘can’t go outside’ at the Poole Crescent property because the gardens are “overgrown”.

“I’ve got kids that want to go in the back garden and they can’t. It’s like still living in a flat, should’ve stayed in the flat I was in,” she said.

BirminghamLive approached the council ahead of Christmas around the concerns. After New Year, Birmingham City Council replied to say the bathroom, pantry and loft had all been treated and “appropriate prevention advice” had been given to the tenant.