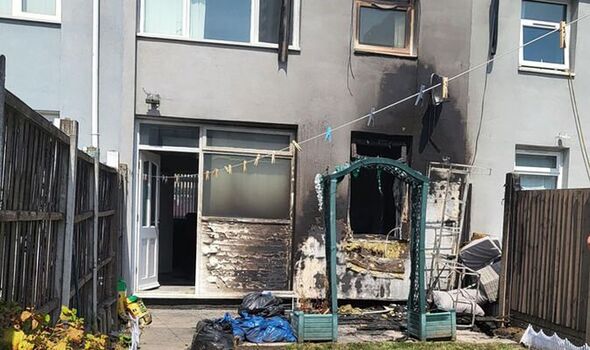 Kirsty Gawne was upstairs in her two-bedroom house on July 19 when she noticed a BBQ smell coming from the garden. The 27-year-old made her way downstairs with her dirty laundry and found her seven-month-old bulldog acting peculiarly.

Upon turning round she saw flames coming from her window and a cloud of smoke from where her new rattan garden sofa set was.

Kirsty, from Stockbridge Village, Merseyside, said she “panicked” and ran to get her four-year-old son and dog out of the house, reports The Liverpool Echo.

She said: “The dog was around my feet and wouldn’t move which was really weird.

“I looked around and the living room was full of smoke and I could see flames through the window.

“I was panicking because I didn’t know where my phone was, my head fell off.

“I shouted my son and got the dog out and was screaming ‘help help help’ in the street.

“My neighbour but one said they had already seen the fire and called 999. I was so scared.” 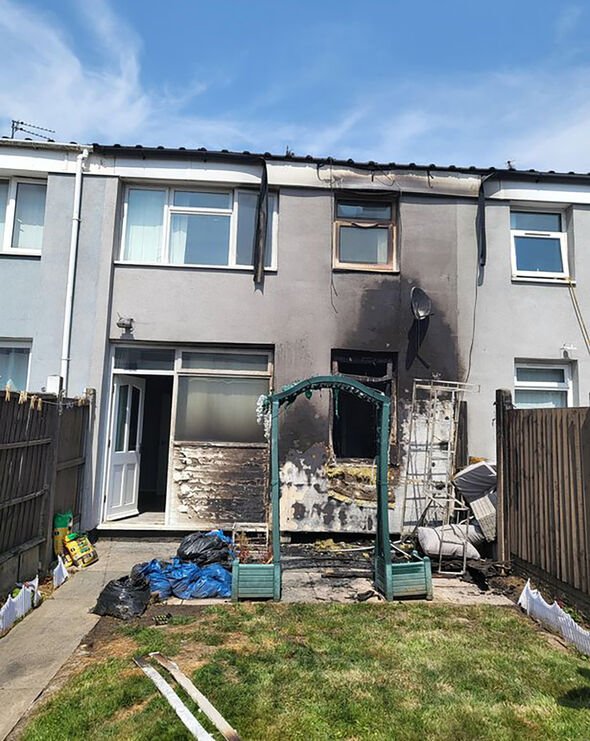 The back of Kirsty’s house and a fence were completely alight and firefighters worked for an hour at the scene.

Kirsty only bought the rattan three-seater couch from Homebase three months before the fire, and said she spent around £400 on it.

She said: “Firefighters told me they think the furniture couldn’t deal with the crazy heat and burst into flames. They said something about seeing a few incidents like this.

“The back windows have blown, the whole back of my couch in the living room is gone, my curtains are ruined and the ceiling is black.

“Knowsley Council have moved me out of my home and are unsure if I will be able to go back.

“I’d only been here for a few months, but I was settled and it was my home.”

“On arrival crews found garden furniture involved in fire. The fire had also spread to nearby fencing. The fire had been extinguished by 12.09pm and fire crews remained on scene until 1.18pm.

“It is believed the fire started accidentally.”

Kirsty now wants to make people aware of what happened to her and urge others to keep an eye on their outdoor furniture in the heat.

She said: “A lot of people buy the rattan because it looks lovely, but if it can’t stand the heat then it’s not worth it. It’s also really expensive, I don’t think it’s worth the price if it sets your house on fire.

“I complained to Homebase but they asked me if I wanted a new one and I said absolutely not. They then told me to leave a product review.

“A product recall should be done.”

“We take product safety extremely seriously, and we’re looking into what happened.”