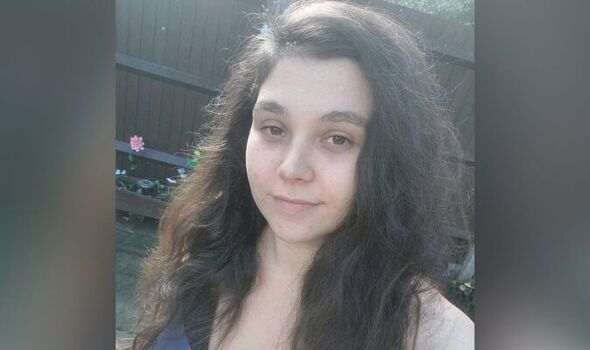 A mum felt like she was “having a heart attack” when her smart meter said she had used over £40,000 of electricity in one day. When Chloee Miles Prior checked her SSE meter on Sunday, October 2, she could not believe her eyes.

The mum-of-one told the Mirror: “We don’t sleep with all the lights on, we don’t have an illegal rave going on, we’re not doing anything that would actually justify that.

“I suffer with anxiety and depression and everything and it sent me down that black hole for about half an hour before I could think about it with a rational head.

“It was ridiculous, like I was having a heart attack, it was shocking.” 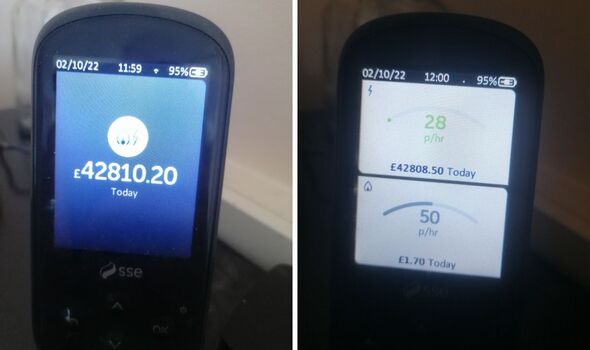 Chloee, who is mum to six-month-old daughter, Athena, has lived in her current two-bed, ground floor flat in Pentworth, West Sussex, since March, and does not have an oven and uses two halogen cookers instead.

She says she is also incredibly careful with her electricty usage and hardly uses any appliances during the day.

The lights are never on, the thermostat sits at 20C and, due to her partner Steven Leiper’s work as a carer, she is hardly at the property during the day anyway, although he doesn’t live with them.

The estimated monthly amount she agreed to when she set up the direct debit was £57 in total – £46 for electricity and £11 for gas – which she thought was “incredibly reasonable”.

Chloee is concerned about the impact these meter readings could have on families as millions of Brits continue to feel the pinch from the cost-of-living crisis.

Many have spent recent days updating their meter readings ahead of yesterday’s price surge.

“I don’t have a job because I’m uneligible to work with my condition.

“It’s not like I can go out and get a job to be able to even think about getting any sort of payment plan in action,” she said.

“The only way I’ll be able to do that is by being Richard Branson’s sugar girl, and that isn’t going to happen. 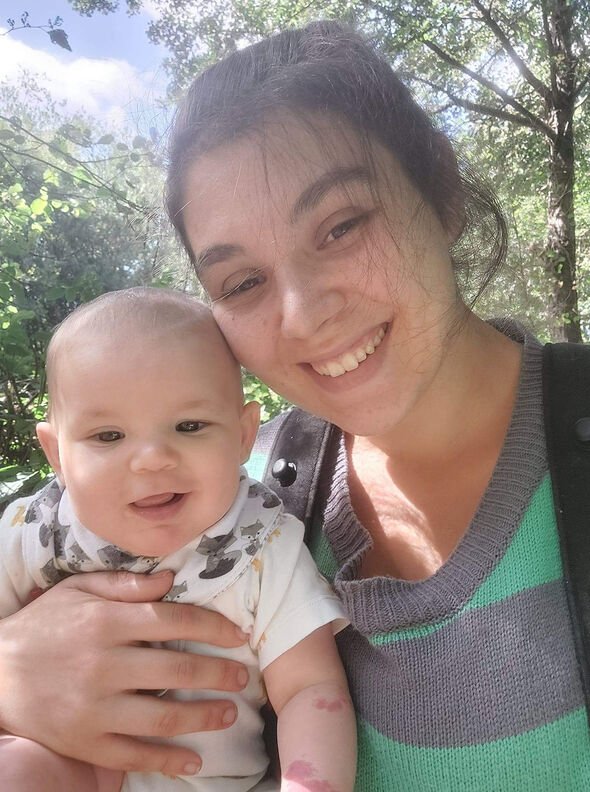 “It sort of makes you take a step back because you’ve got your day planned out, you’re relaxing and chilling, it’s a Sunday, you’ve got hardly anything to do, maybe a roast is the most stressful part of your day, and then all of a sudden you see that [meter reading] and the day stops.

“If I’m not able to provide my daughter with a decent property, good heating and electricity to make sure that she gets a nice hot bath when she needs it, food when she needs it as well as sustaining myself so I can look after her, it’s a massive worry.

“It’s more than a worry, you get incredibly stressed out.”

Since seeing her extortionate meter reading, Chloee took it upon herself to go online and research what the issue could be.

As it was a Sunday when it occurred, she claimed she could only contact SSE if she had an emergency, such as a power cut.

It means the horrible, lingering feeling of not being able to sort anything will likely carry into Monday.

“I had a look just to see what people have found,” she added.

“The most I could see was that maybe there was a seven times increase because you’ve got an ecobulb, which confuses a smart meter, or a dimmer switch or something like that.

“Dividing that by seven would still make my total up to £555 pound a month. That’s ridiculous.

A spokesperson for OVO Energy, which now owns SSE, said: “We’re aware of a fault on a small number of our In Home Displays that’s causing them to show incorrect costs.

“We communicated with impacted customers ahead of the error and confirmed that this impacts the display only, not the actual meter, meter readings or energy bills.

“Customers do not need to do anything at this time as a fix will take place within 24 hours.”