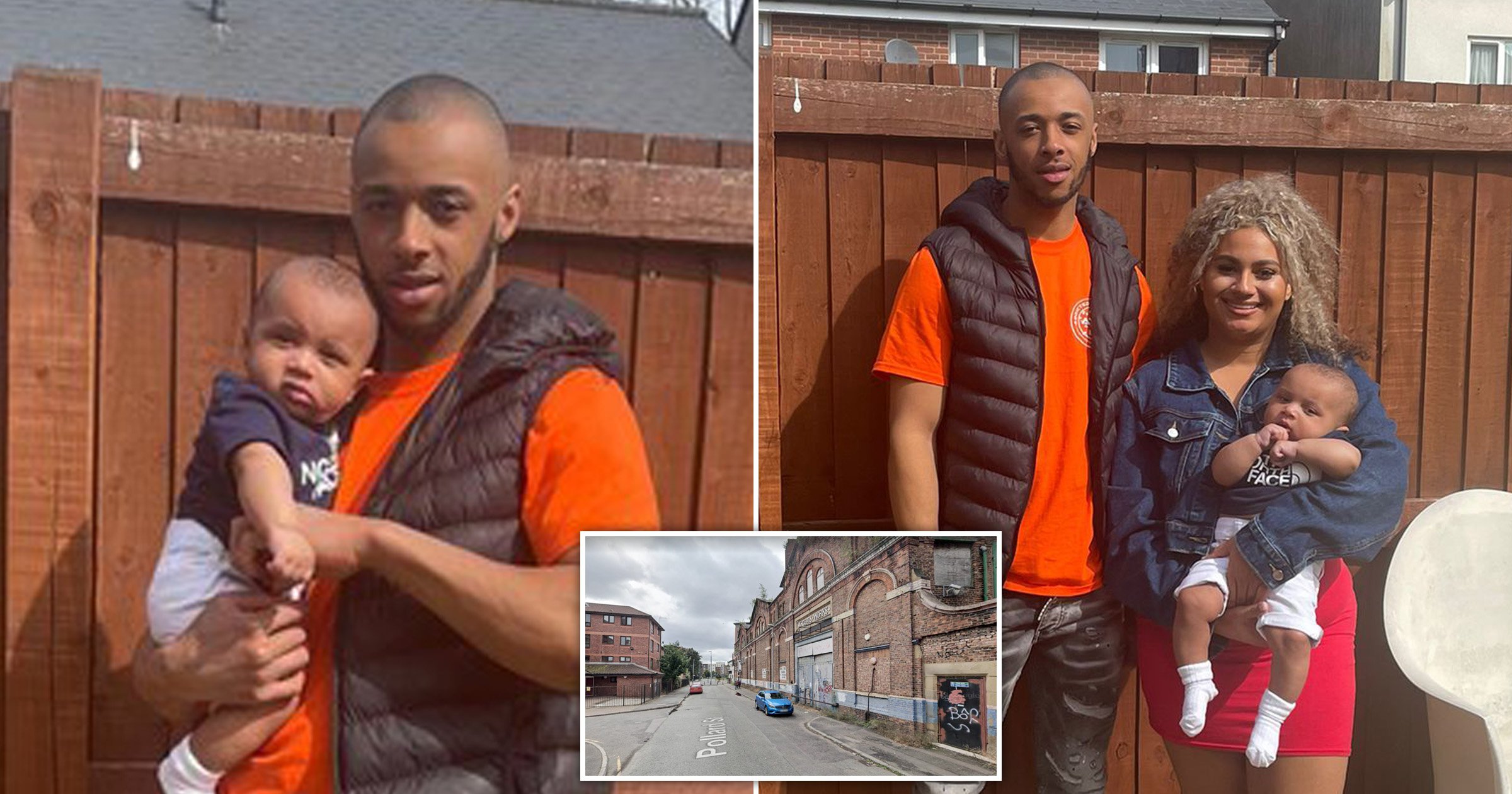 A man in his 20s has been charged with murder after a double stabbing in Manchester.

Father-of-one Neri Morse, 24, was pronounced dead at the scene of the incident in Pollard Street in the Ancoats area of the city.

His family paid tribute to him as a doting dad to his four-month-old son.

Another man, in his 20s, was taken to hospital and treated for leg injuries following the attack at around 6.30pm on Wednesday, Greater Manchester Police said.

Now officers have charged Rushaun Brown, of Higher Ardwick, with murder, section 18 assault and possession of a bladed article.

The 23-year-old is due to appear at Manchester Magistrates’ Court on Monday.

Tributes have poured in for Mr Morse, with his family telling the Manchester Evening News: ‘He was the most amazing and loving father to his four-month-old son Nakari and showed him the most amount of love in the short time they had together. We will always be immensely proud of how he took to daddy duties.

‘We as a family are overwhelmed and truly humbled by the sheer volume of messages and support from the community expressing their love and support.

‘It just emphasises how truly loved Neri was.’

They continued: ‘It’s going to take our family quite some time to come to terms with losing Neri so suddenly and in such horrific circumstances – if we ever do.’

Detective Chief Inspector Wes Knights, of GMP’s Major Incident Team, addeded: ‘We have made swift progress in the investigation into Neri’s death, including making two arrests and bringing a murder charge.

‘But the investigation is still very much active as the team continues to pursue all lines of enquiry and we will be speaking to all of those involved in this incident.

‘We would implore any witnesses, including those on the street and in vehicles in the area at the time of the incident, to come forward with any information.’

He continued: ‘No matter how insignificant you may think that information might be, it could be crucial in a complex investigation such as this and my team of detectives will explore all information provided.

‘There are a number of simple ways to contact police and provide information, including the uploading of CCTV and other media to our dedicated major incident public portal.’

Anyone with information is asked to contact police via the Major Incident Public Portal or by ringing 0161 856 5413, quoting Operation Southsea.