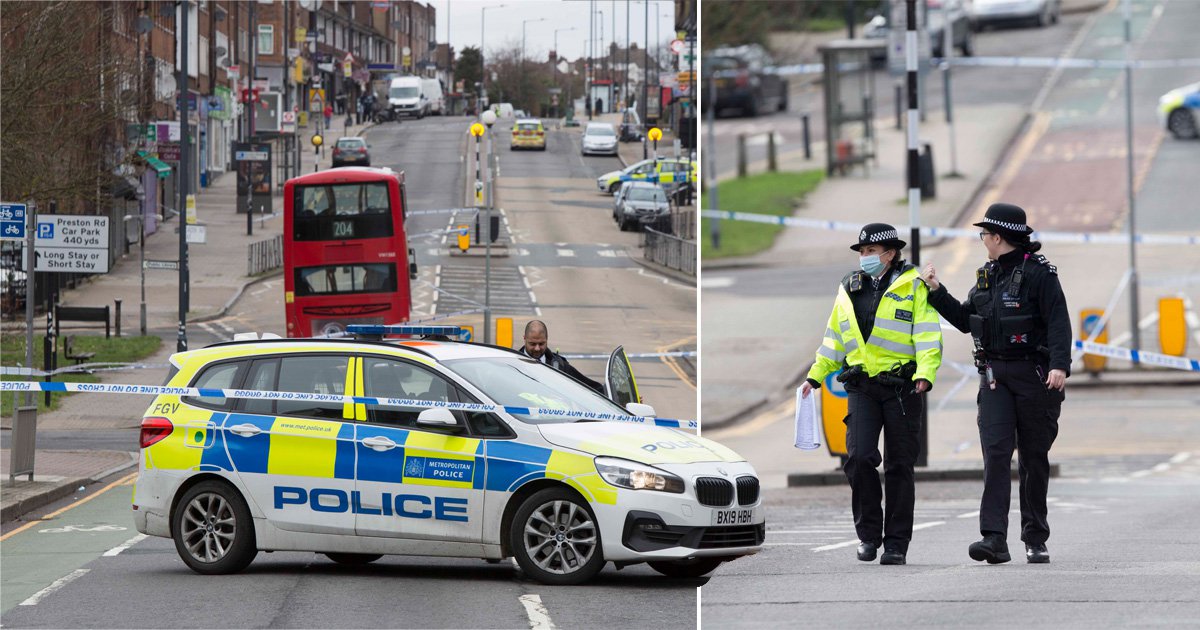 A teenage boy has died after being stabbed on the street in north west London on Thursday.

The 16-year-old was found on a shopping parade near Preston Road Tube station in Wembley at around 11.30pm. He was rushed to hospital but died the next morning.

Detectives have launched a murder investigation but no arrests have been made.

Chief Superintendent Sara Leach, who is in charge of policing in Brent, said: ‘It is another tragedy that a boy of just 16 years old has died as the result of a knife crime.

‘My thoughts are with his family at this time and my officers, alongside homicide detectives, are doing everything they can to identify and arrest those responsible.’

The victim’s family have been informed about his death but a post-mortem examination has not taken place yet.

Witnesses described how paramedics battled to save the teenager’s life after he was attacked.

One told The Evening Standard: ‘There was a boy laying on the ground surrounded by paramedics and police. There were other boys there as well  it was a horrible sight. They were taking clothes off the boy so they could work on him.’

A crime scene is still in place and is affecting bus routes in the area.

Superintendent Leach said there will be enhanced reassurance patrols in the Preston Road area as police ‘know the local community will have been deeply affected by the death of a teenager’.

She added: ‘I would urge anyone who witnessed any of the events leading up to the stabbing, or knows anything about who did it, to contact police immediately.’

Officers in north London are also looking for the killer of Bolt minicab driver, Gabriel Bringye, who was stabbed to death by a passenger.

His body was found in his car on Wednesday night in Tottenham. One of his friends has since told the Daily Mail that Mr Bringye was planning to get married later this year.

‘It’s an awful tragedy. He was the nicest, most gentle human being you could meet,’ they said.