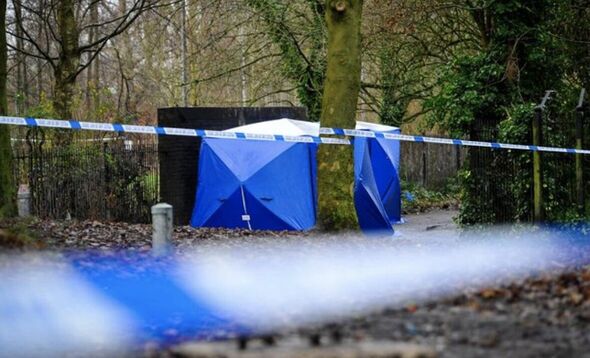 Police have launched a murder investigation after a man was found stabbed to death in a Salford park. Greater Manchester Police and paramedics received reports of a stabbing at Clarendon Park and attended the scene just after midnight today. They found a man with a serious stab wound and pronounced him dead at the scene, and officers have launched a murder probe.

Police have cordoned-off scene and erected forensic tents, with officers combing through the area for evidence.

They have confirmed the investigation is in its early stages, with no arrests made as of December 27.

But investigating officers believe the incident poses no risk to the general public.

She said: “We will continue to investigate what we believe to be an isolated incident, with no wider risk to the public.

“These are the very early stages of what is now a murder investigation, and a team of detectives are working tirelessly to piece together information and evidence.

“We will be following up a number of different lines of enquiry we have to ensure those responsible are brought to justice.”

Detective Superintendent Dalby added: “Officers from the Salford district will be providing a visible presence in the coming days for reassurance and we would like to thank the local community for their cooperation and patience so far.”

Police have also appealed for information from the general public.

Officials have asked people with information or CCTV footage to come forward.

People can also anonymously pass details to Crimestoppers, an independent charity, on 0800 555 111.