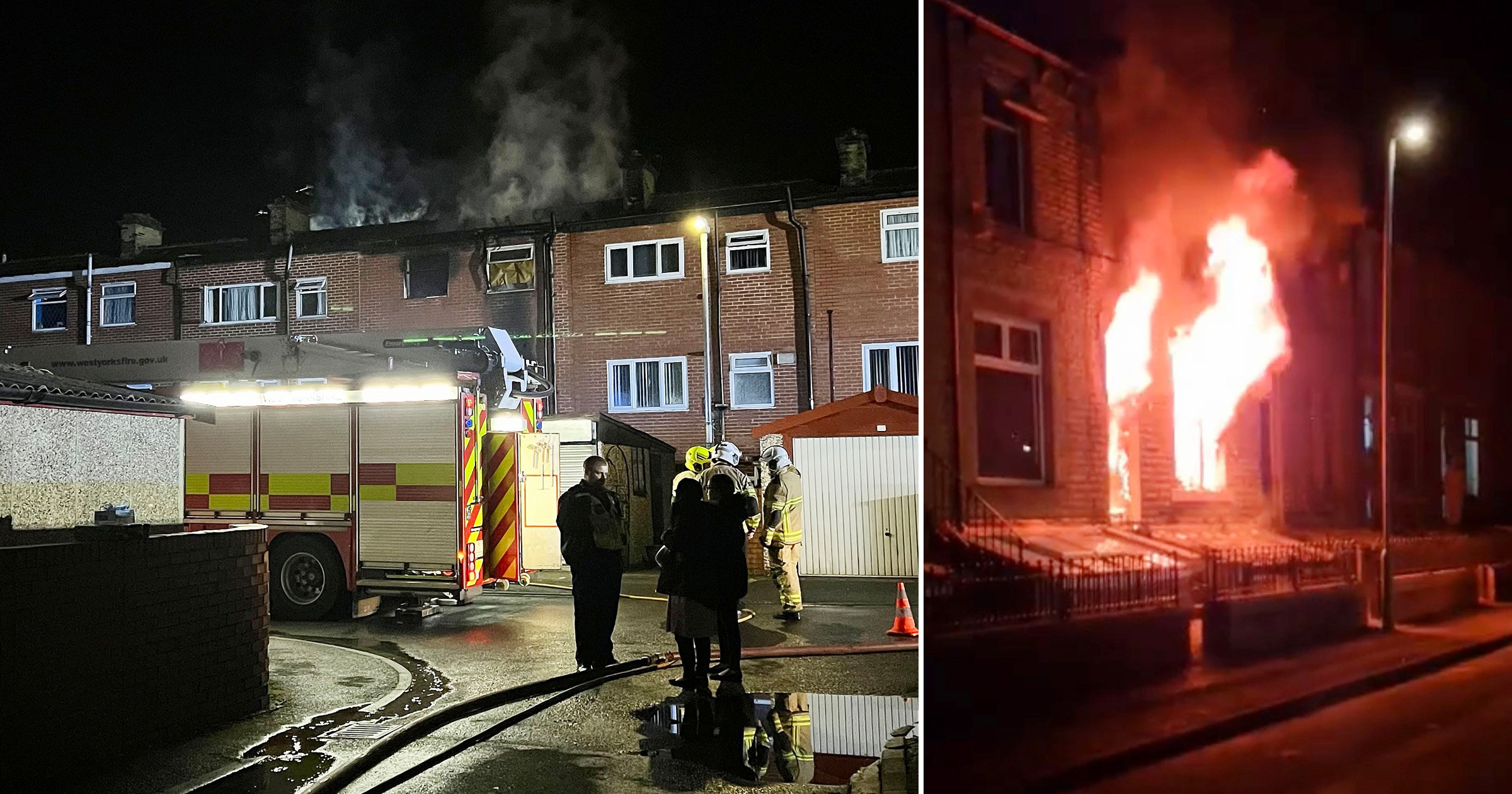 A man has been arrested after police launched a murder investigation following an arson attack on a house in West Yorkshire.

Emergency services were called to the blaze in Dewsbury at 12.04am on Sunday.

Five people were evacuated from the property, with one man suffering serious but non-life-threatening injuries which required hospital treatment.

A number of other houses on the terraced street were also evacuated as the flames spread.

The body of a man was recovered from the badly damaged building on Monday, leading police to launch a murder investigation.

A suspect was arrested this afternoon and remains in custody, West Yorkshire Police said in a statement.

Detective Chief Inspector Sharron Kaye said: ‘Following the recovery of a body from the house on Monday this has now been confirmed as a murder investigation, and police are progressing a number of lines of enquiry today.

‘This fire has clearly had devastating consequences and resulted in the death of a man who tragically suffered injuries in the fire and building collapse from which there was no chance of survival.

‘We are working to make contact with his next of kin who are not UK based.

‘I continue to appeal to anyone who has information in the community to come forward. to help us.

‘This fire could conceivably have resulted in multiple deaths and it is vital we apprehend those responsible as quickly as possible.’

Resident Azeem Ashraf was one of those in the property when the fire started.

He escaped the flames by jumping from a top floor back window, he told YorkshireLive.

The 35-year-old said he woke up to go to the toilet but felt ‘a lot of heat’.

He said he tried to leave his room but realised he would not be able to when he saw a lot of smoke.

He then decided to flee through a window, using a drainpipe to guide himself to safety.