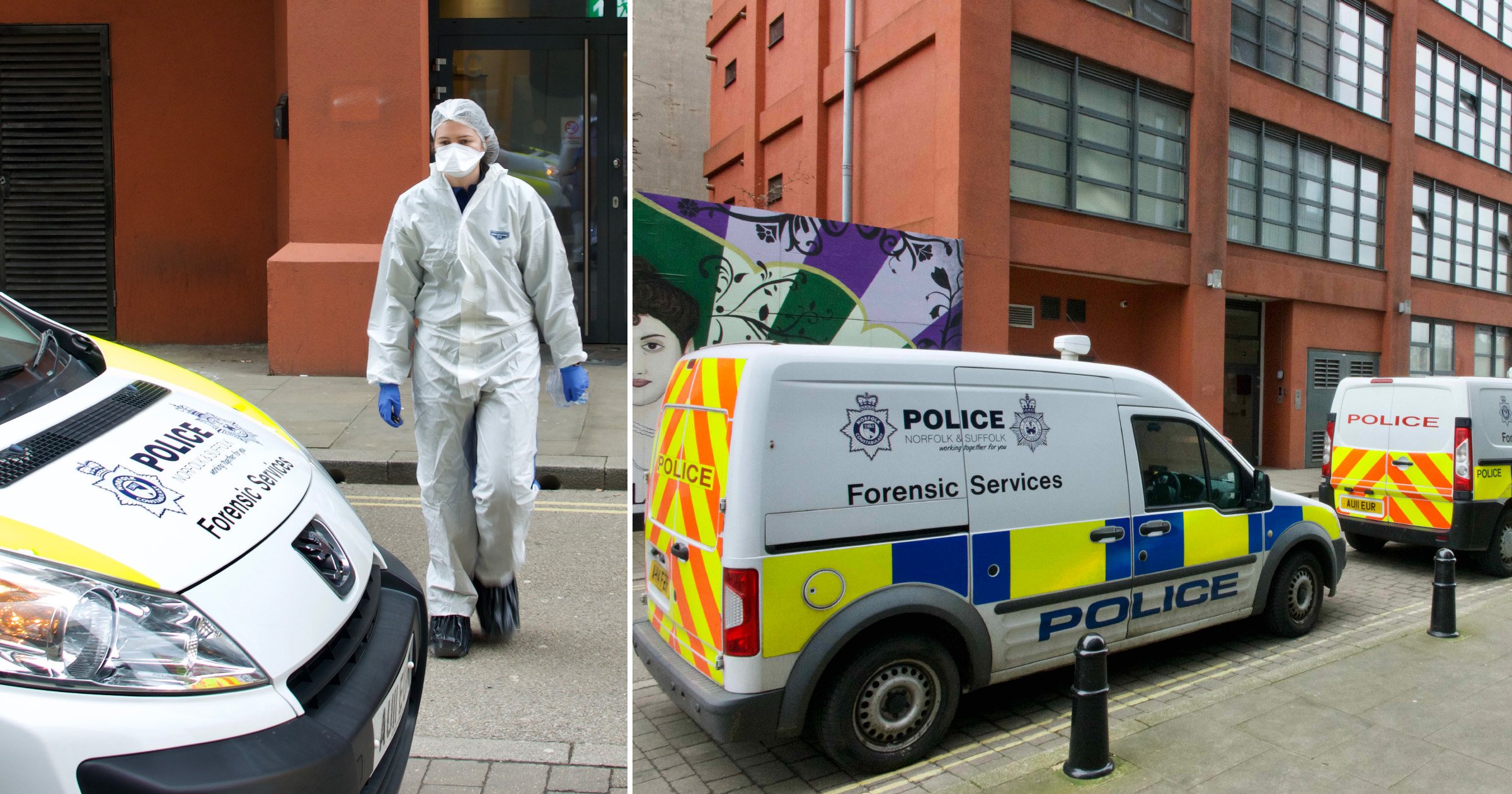 A man has been arrested on suspicion of murder after a woman, in her 60s, was found dead in a flat.

Police were called to the apartment in the ten-storey block in Ipswich, Suffolk, just before 3.30am following ‘a sudden death’.

The woman is thought to have died in a ground floor apartment. Her death is so far unexplained but detectives are treating it as suspicious.

A post-mortem is due to take place to determine the cause of death.

A man, 55, has been arrested in connection to her death and is being questioned by officers in custody.

‘The victim and suspect were known to each other,’ said Suffolk Police.

The area around the building was cordoned off on Thursday while forensics and officers carried out their enquiries.

One resident said today: ‘I didn’t hear anything during the night, but I woke up to see police everywhere. It looks like they are checking the CCTV.’

Another added: ‘I have only lived here a couple of weeks so this is a real shock. There is a wide variety of people who live here.’

Anyone with information is urged to contact Suffolk Police on 101.