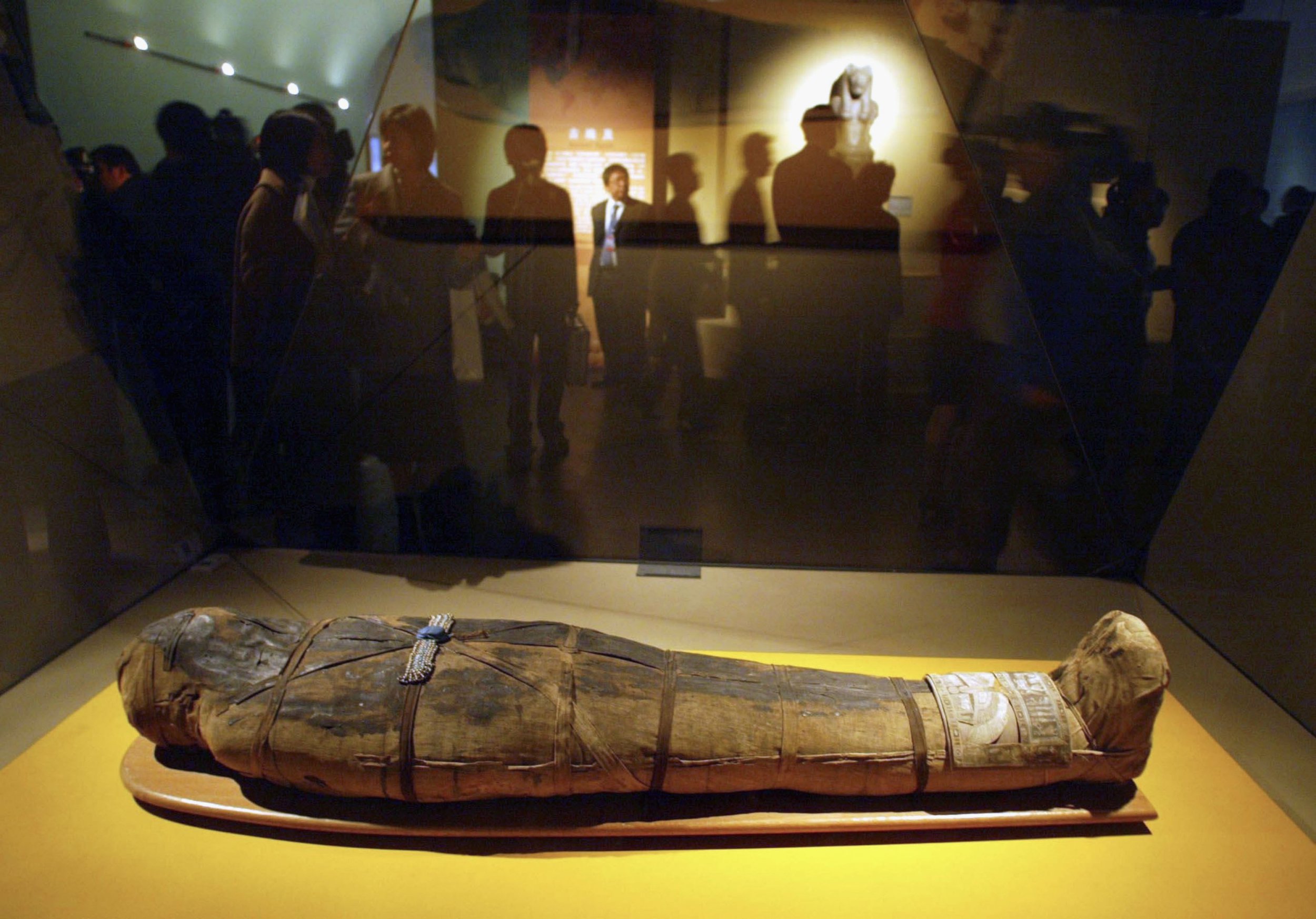 Some museums have decided to remove the word ‘mummy’ from their exhibits because of its colonial implications.

Instead, curators will refer to the figures as ‘mummified remains’ and use known details such as the person’s name or gender to identify them.

Jo Anderson, assistant keeper of archaeology at the Great North Museum in Newcastle, said the museum will follow a lead set by Dr Margaret Maitland, curator of the ancient Mediterranean at National Museums Scotland.

‘[She] has demonstrated to me how the word “mummy” has a colonial past — it’s derived from the Arabic word ‘mummiya’ which means ‘bitumen’,’ Anderson wrote.

‘This is a reference to the 18th and 19th centuries when mummified remains were collected in vast numbers and broken up to provide ingredients for things like medicine and paint.’

She also explained that, thanks to popular culture, the term mummy also carries connotations of supernatural creatures or monsters.

‘By using terms such as ‘mummified person’, we can begin to change our outlook and see these remains for what they really are — not objects or curiosities, but real humans who were once alive and had very specific beliefs about how their bodies should be treated after death.’

The British Museum, meanwhile, said that it hasn’t explicitly banned the term and that ‘mummy’ ‘is still in use across our galleries.’

But the UK’s most prominent museum added that ‘our recent displays used the term ‘mummified remains of…’ and include the name (when known) of the person who has been mummified…[to emphasize] that mummified remains are of people who once lived.’