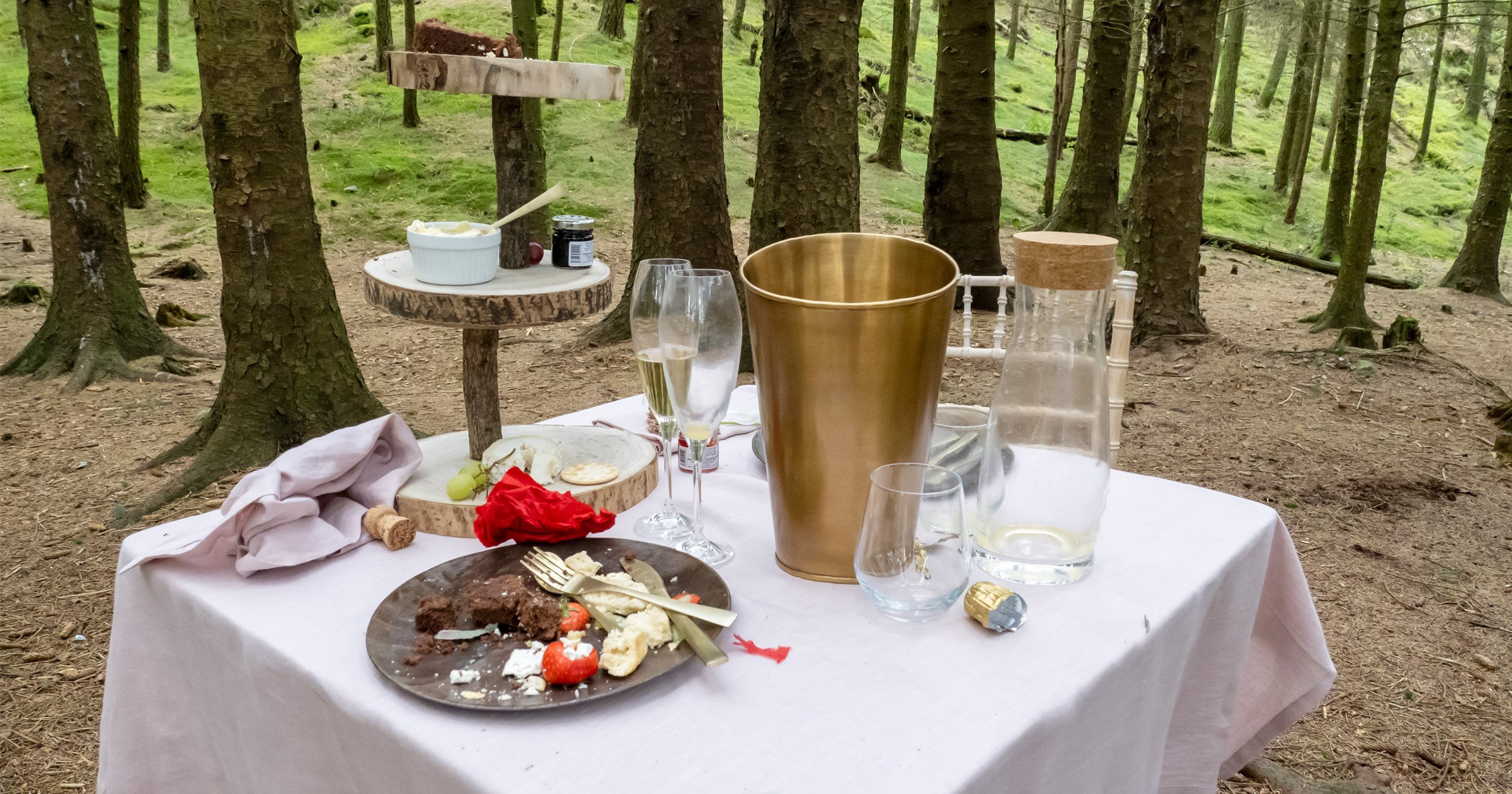 A half-eaten afternoon tea has been found abandoned in the middle of Lake District woodland.

Photographer Ashley Cooper stumbled upon the mystery table and chairs on Monday, around 300ft from the path.

At first he thought it was an art installation, but on closer inspection he thought the half-eaten food and glasses of bubbly were likely abandoned by a celebrating couple.

Mr Cooper told the BBC: ‘It looks like a romantic meal in the woods but then they couldn’t clean up after themselves.

‘They’ve gone to a lot of trouble to carry the gear down there as it’s about half a mile from the nearest road – but it just looks like they finished their meal and got up and just left it all.’

The nearest hotels are all several miles away, and staff said the set-up was nothing to do with them.

The area where the afternoon tea was found, between Great Langdale and Little Langdale, is considered one of the most spectacular of the many Lakeland tarns.

Mr Cooper, a climate change photographer from Ambleside, said he was walking in the woods to the north of the Blea Tarn when he made the discovery.

He thinks the table was probably left ‘by someone from the Instagram generation’.

The Lake District has seen a rise in litter during the pandemic, with foreign travel restrictions leading to an influx of tourists to the area.

Mr Cooper said he had seen a number of tents, along with sleeping bags and cooking equipment, abandoned during the past 18 months.

‘We’re seeing a very different type of visitor to the Lake District who has no respect for the place whatsoever,’ he said.

‘These people aren’t short of money but they are short of a conscience and social responsibility.’