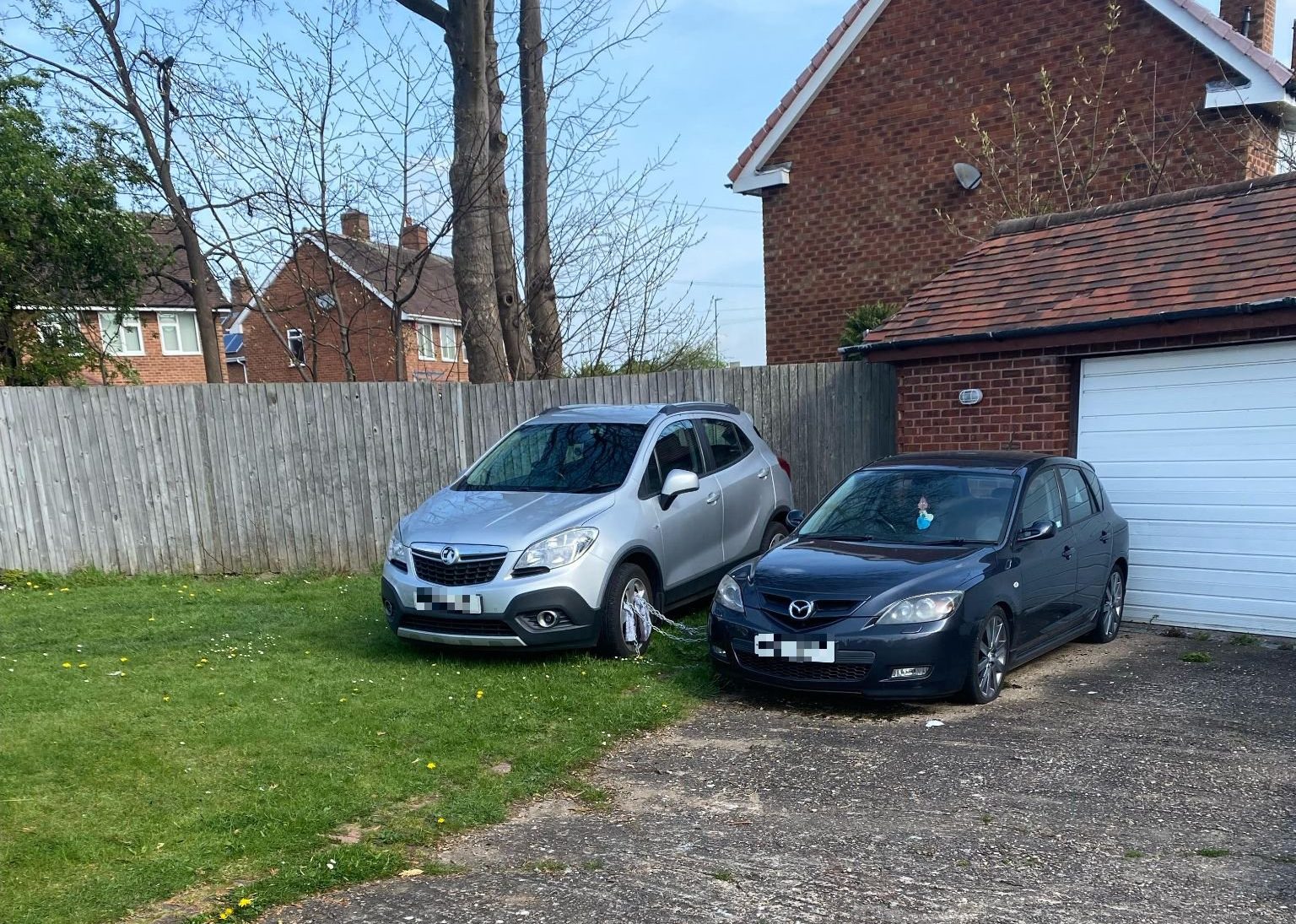 A mum has finally solved the mystery behind the random car that was parked on her driveway for nearly a week.

Debbie Flynn was fuming when a ‘cheeky g*t’ unlocked her gate and left their silver Vauxhall Mokka on the grass next to her garage.

She suspected fraudsters had sold her drive as a cheap parking spot, given she lives in Sheldon, near Birmingham International Airport.

But her questions were finally answered when her landlord realised he’d completely forgotten he registered for a parking app years ago.

The landlord initially insisted he knew nothing about the vehicle, which seemed to ‘just drop out of the sky’ on Tuesday April 12.

‘My first thought when it happened was that it was my landlord’, Debbie said. ‘I did send him a text that wasn’t very polite but when the landlord made contact, he reassured me it wasn’t his car.’

Police told a confused Debbie they couldn’t help as it was a ‘civil and not criminal matter’.

They also warned she would be liable if she damaged the car trying to move it off her driveway, just off Outmore Road, Garrett’s Green.

‘It was a complete mystery’, Debbie said. ‘The cheeky g*ts opened my gate and parked it and shut the gates after leaving it on the grass.

‘The police officer who came to see us said he had never seen anything like this in all his years.’

Debbie wasn’t messing around as she and partner Leon put chains around the wheels of the car in a bid to force the culprit to own up.

But all became clear when she received a message from her landlord confessing his lapse in memory.

Debbie said: ‘He has just checked his emails and a female driver has emailed him saying she has parked on his drive, gone on holiday and will be back next week. I can’t believe it!’

Parking apps see residents rent space out on their property to make a bit of extra money.

They have become popular over the past few years – especially for those living near airports, train stations and city centre sites.