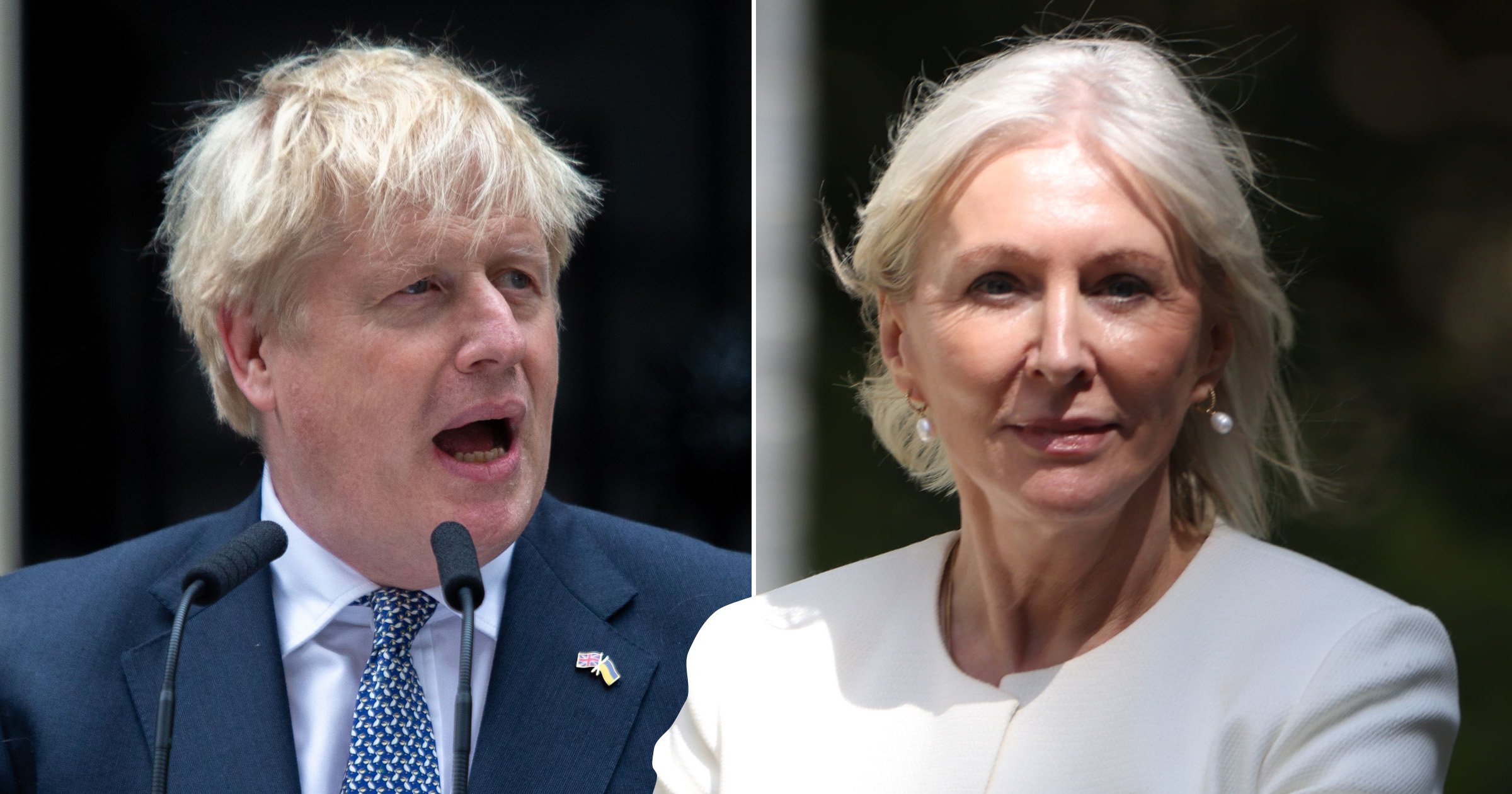 One of Boris Johnson’s closest allies, Nadine Dorries, could run to become the next prime minister.

The Culture Secretary has reportedly told friends she sees herself as a ‘continuation Boris’ candidate and is ‘seriously thinking’ about running.

She believes she can disrupt the political scene even further, to ‘keep Boris Johnson’s flame alive’, it is understood.

The friend told The Mail+: ‘Nadine is seriously considering throwing her hat in the ring, as she is passionate about Boris’s levelling up agenda, defending Brexit and fighting woke culture. She wants to keep Boris’s flame alive.’

They added: ‘Nadine is convinced that he would have won an election. She is furious about the treachery of the MPs and ministers who brought him down.

‘She is also privately scathing about many of her putative opponents, such as Penny Mordaunt [trade minister] who is on the wrong side of the woke debate over her obsession with transgender rights.

‘She wants to blind side the arrogance of those who have been plotting against him for months.

More than a dozen Tory MPs are considering running for the leadership race and confirmed names so far include former chancellor Rishi Sunak as well as Tom Tugendhat and Suella Braverman.

However, more names are expected over the next few days, everyone from Liz Truss to Nadhim Zahawi, Ben Wallace, Sajid Javid, Penny Mordaunt and Jeremy Hunt.

Mr Sunak is the first of the big names to break cover and announce his leadership today with a glitzy promotional video detailing the history of his family’s life in the UK.

During his video, he said: ‘Let’s restore trust, rebuild the economy and reunite the country.’

Mr Sunak, alongside former health secretary Sajid Javid, were the first to resign over the Chris Pincher groping scandal, which threw the Tory party into the biggest political meltdown in recent history.

Mr Johnson suffered a string of ministerial resignations during his final days as leader of the Conservative Party.

During the time, Mr Sunak said he had ‘reluctantly come to the conclusion that we cannot continue like this’ and people expected government to be ‘conducted properly, competently and seriously’.