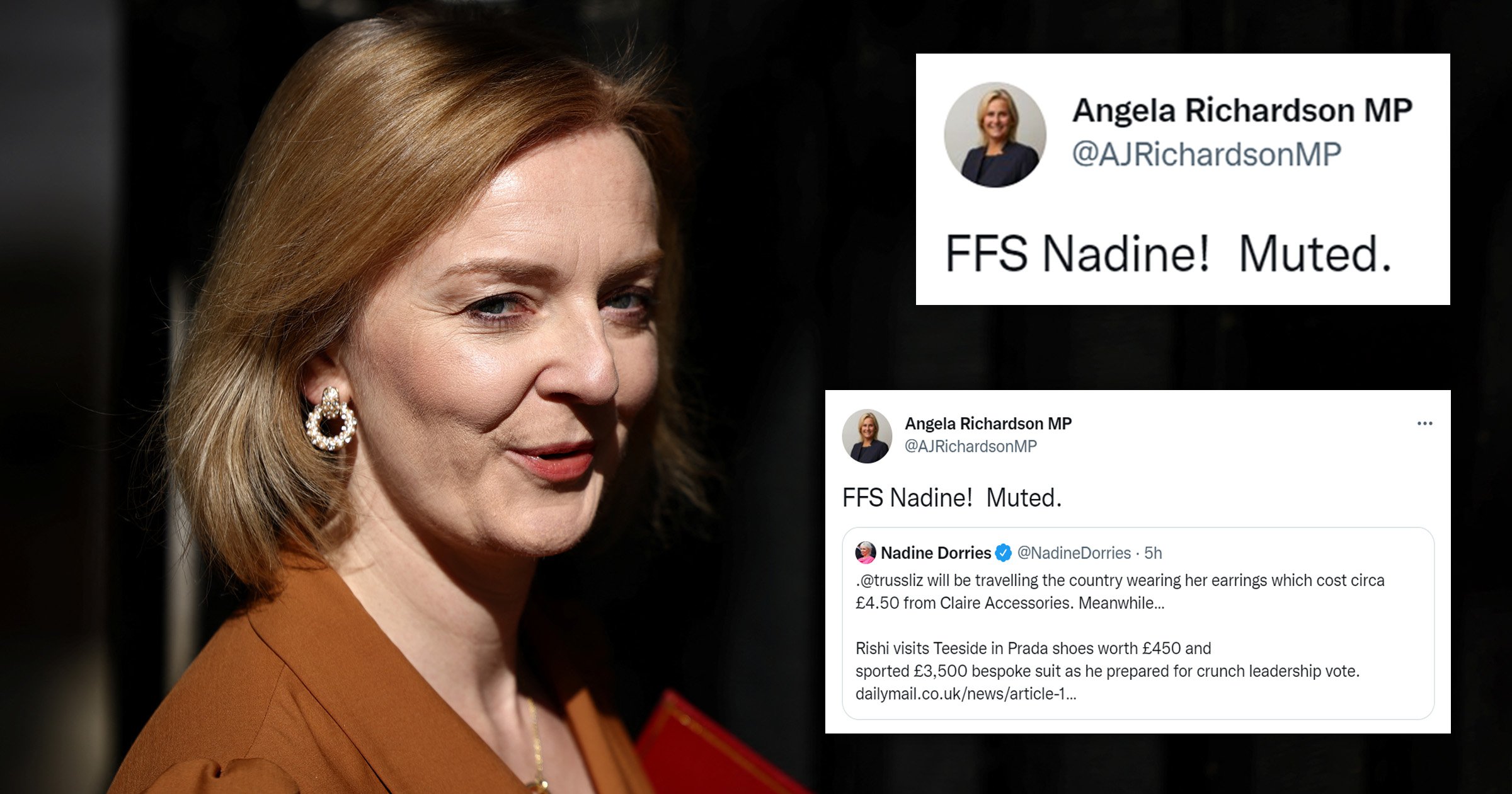 Tory infighting heated up on Monday as Nadine Dorries was mocked for comparing how much the two remaining leadership candidates spend on their clothing and accessories.

The culture secretary was told ‘FFS Nadine’ by another Conservative MP after she appeared to imply that Liz Truss should be the next prime minister because she ‘wears £4.50 earrings from Claire’s Accessories’.

She was contrasting the foreign secretary with rival ex-Chancellor Rishi Sunak, who was reported to be wearing a £3,500 suit and £490 Prada shoes last week.

But Ms Dorries was left red-faced after interviews resurfaced where she admitted spending thousands on jewellery and clothes.

Taking to Twitter this morning, she wrote: ‘Liz Truss will be travelling the country wearing her earrings which cost circa £4.50 from Claire Accessories.

‘Meanwhile… Rishi visits Teeside in Prada shoes worth £450 and sported £3,500 bespoke suit as he prepared for crunch leadership vote.’

Cabinet Office minister and Conservative MP, Johnny Mercer, said the race to be the next prime minister was becoming embarrassing.