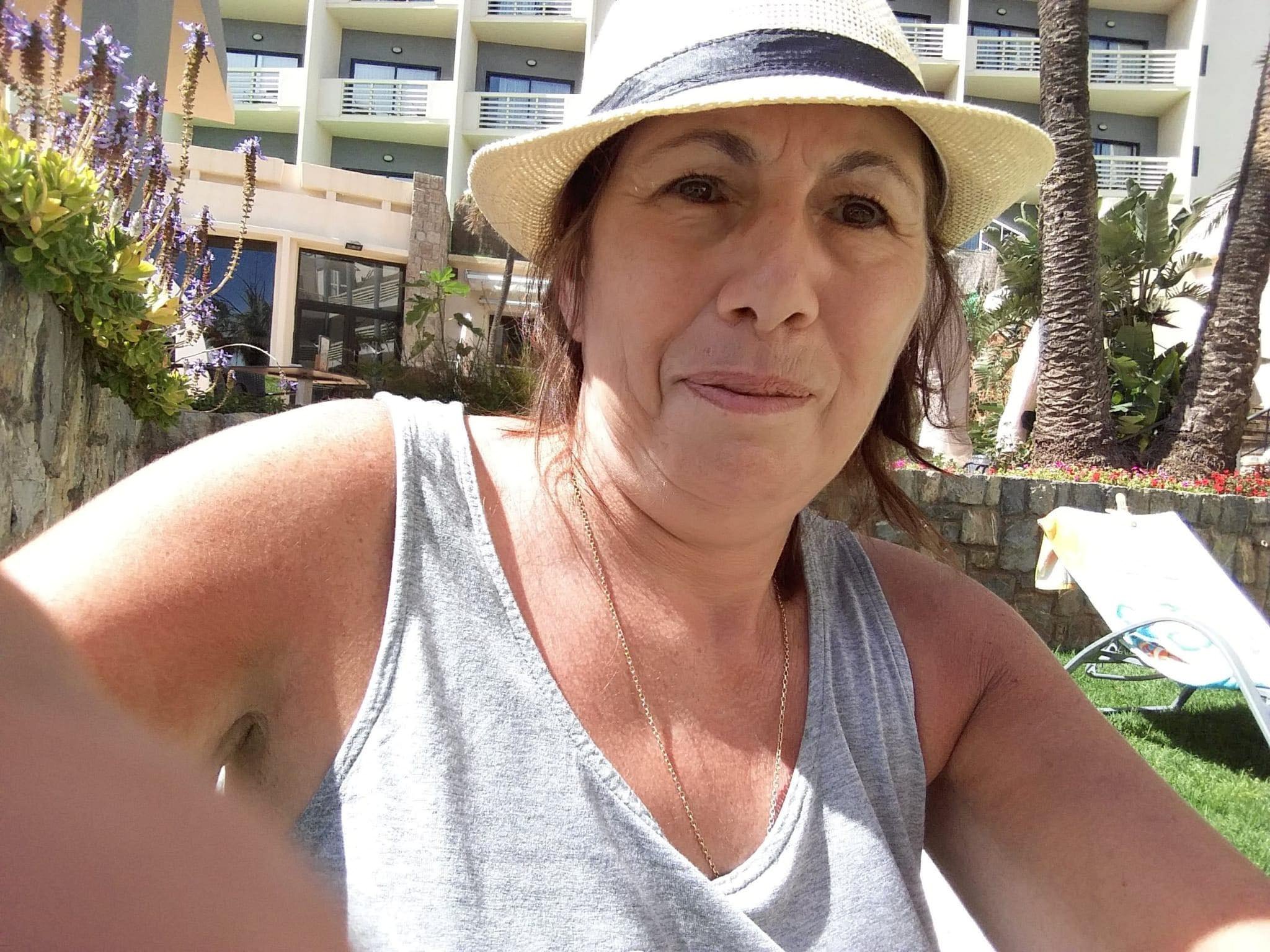 A nan was gutted to miss out on her £1,200 trip away when she couldn’t hack waiting for her flight which was delayed for 13 hours.

Lesley Horner, 62, arrived at Doncaster Airport at 4am last Wednesday expecting to be departing for Palma, on the Spanish island of Majorca, at 6.15am.

But she found her flight had been pushed back 13 hours – and after five hours of hanging around, decided she couldn’t take it anymore and walked out.

Lesley said: ‘My main thing is I’m angry about it, plus I would be scared to book again now that this has happened – I’m just numb.

‘It makes you feel uncertain about everything – they throw you to the wolves once they’ve got your money.

‘On the way out, the terminal was full of people – I just looked the other way and thought, “I’ve got to get out of here.”‘

Travel agency Tui said the plane was delayed due to a technical fault, then they were unable to find somewhere for the stranded passengers to stay so asked them to go home or stay at the airport.

The huge delay would have meant Lesley, from Brighouse in West Yorkshire, would not have arrived in her final destination of Cala D’or until after 9pm that evening.

She claims passengers on the flight were only told about the delay after they checked in.

‘After five hours I’d had enough and couldn’t take anymore – by the time I got to Palma I wouldn’t have slept for over 24 hours,’ she said.

‘They said they would arrange to take us to a hotel, put us up, and bring us back when the flight was due out around twenty past seven in the evening – I sat around for a few hours but that didn’t materialise.

‘Then they told us we could go home and come back for the flight or go to the lounge and we would be given some vouchers for food.

‘However, the lounge was purely for passing through and there was nowhere to relax – after a certain amount of time we left the terminal and as I suffer from anxiety, I became anxious – I think it was the build-up of stress.

‘I haven’t been able to speak to Tui on the phone.

‘I’ve been on hold for hours and the app for requesting refunds has been having technical problems so I can’t use that.’

Lesley booked her last-minute break on May 5, and was looking forward to spending 10 days in Cala D’or.

But after hearing of the delay it quickly turned into a nightmare.

The holidaymakers, whom Lesley claims were mostly over 60, were apparently told they would be taken to a hotel until the flight was due out at 7.20pm.

But she said there was no sign of this after waiting for a few hours.

They were then informed they could go home and come back for the flight, or go to the airport lounge where they would be given vouchers for food.

Deciding this was not acceptable, Lesley left and did not return.

A spokesperson for Tui said: ‘We’re very sorry to hear about Ms Horner’s flight to Palma which was delayed due a technical fault.

‘Unfortunately, due to operational issues, we were unable to source hotel accommodation on this occasion and gave the option for customers to travel back home or stay at the airport with additional welfare vouchers.

‘We will be contacting Ms Horner directly to express our apologies and resolve her complaint.’