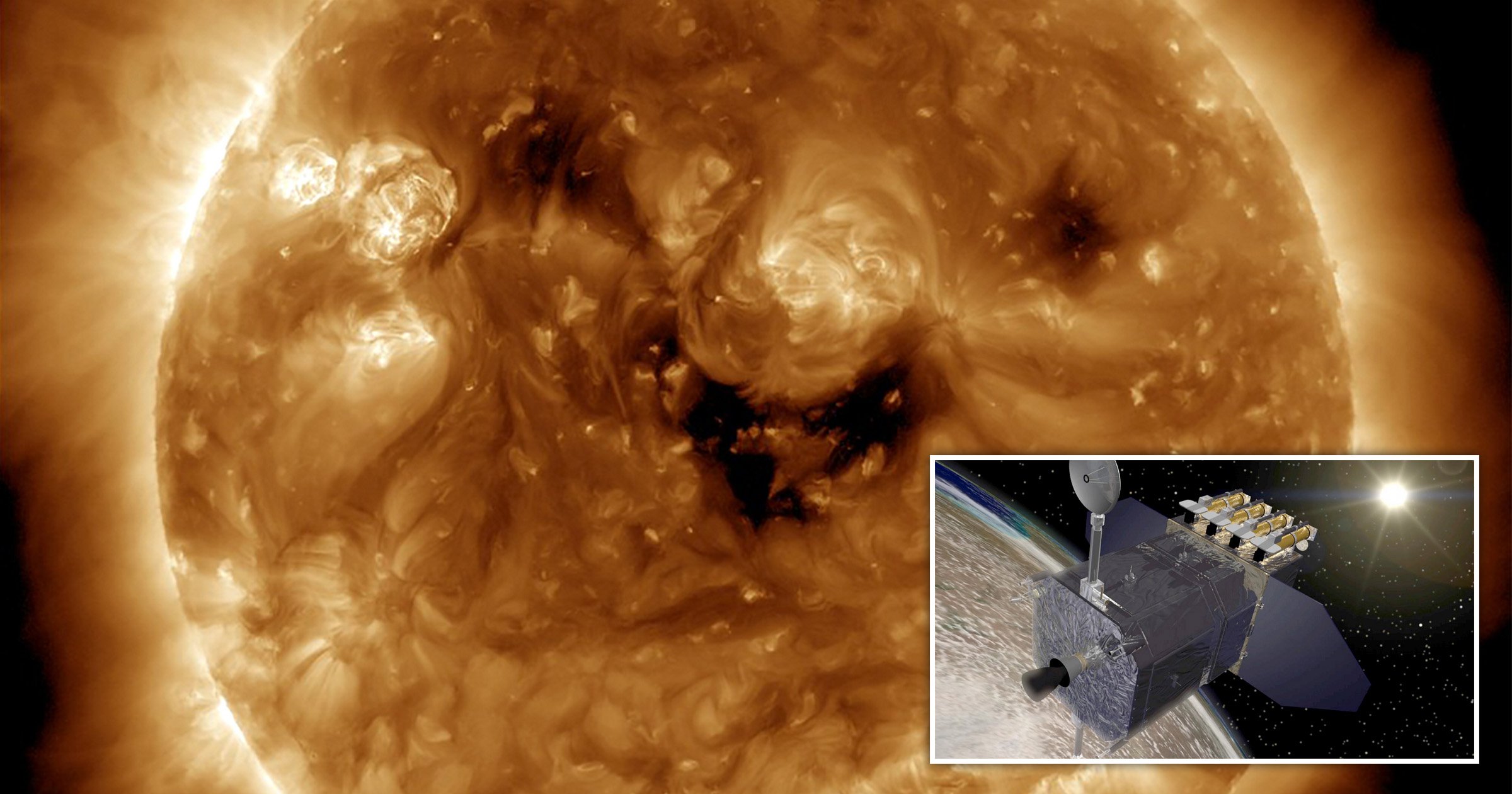 The sun seems to be wearing a rather eerie smile in the latest satellite photos taken by Nasa.

‘Seen in ultraviolet light, these dark patches on the sun are known as coronal holes and are regions where fast solar wind gushes out into space.’ said the tweet.

The Solar Dynamics Observatory is a Nasa mission which has been observing the Sun since 2010. It’s mainly used to investigate how solar activity drives space weather.

Twitter users were divided about what the image looked more like. While some thought it looked like a lion or a Jack-o’-lantern, others were reminded of the smiling baby sun from the Teletubbies.

These winds are powerful enough to reach Earth and disturb the atmosphere despite our planet’s magnetic field, which acts as a shield to deflect solar wind activity.

What are coronal holes?

They appear dark because they are cooler, less dense regions than the surrounding area.