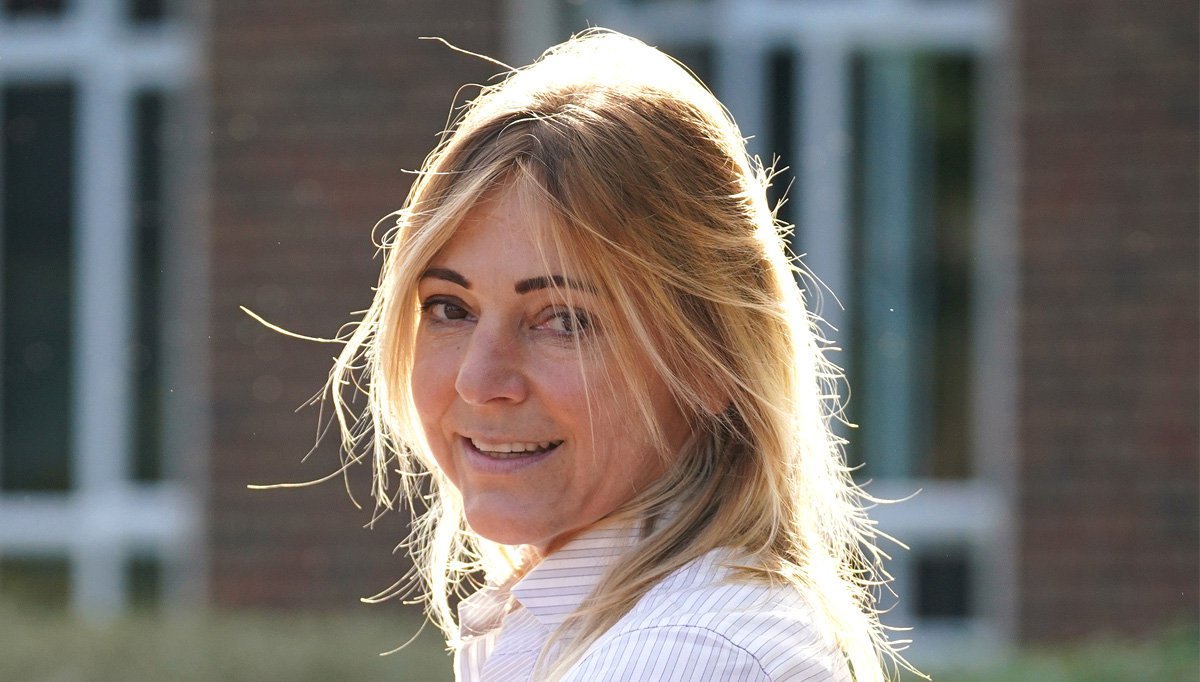 A management consultant who used her ex-boyfriend’s Alexa device to tell his new lover to get out of his bedroom has been spared jail for posting a naked picture of him on Facebook.

Philippa Copleston-Warren, 46, logged into an app linked to smart gadgets, including CCTV cameras, in the victim’s Lincolnshire home from more than 100 miles away.

Copleston-Warren, who was on the board of governors for a local school, then switched the bedside light on and off to scare the woman before sending threatening messages by WhatsApp.

After her ex-boyfriend had gone to sleep, she posted a naked picture of him on Facebook with the caption: ‘Do I look fat??? My daily question.’

He had no idea it had been posted until concerned friends started messaging him about it.

The victim was locked out of his Facebook and Match.com accounts and Copleston-Warren sent four derogatory messages from the dating site to his new girlfriend.

Copleston-Warren, from Chelsea, west London, appeared in the dock with her support dog on Wednesday after previously pleading guilty to a single count of disclosing private sexual photographs with intent to cause distress on or before October 6, 2019.

Jacob Bindman, defending, said his diabetic client needed the animal, who lapped water from a small bowl, to alert her if her sugar levels fall too low.

He said she had joint access to the Alexa system and CCTV cameras and had an agreement with her former partner that she could check in on the dog, which had undergone medical treatment and been left in his care.

But sentencing her to three months in jail, suspended for a year, Judge John Denniss said: ‘I have no doubt that at the time of the offence you were concerned about your dog and the operation it had just had.

‘But I am not convinced at all that that was the primary or the only factor that was causing your personal distress.

‘There was an element which was nasty, of jealousy, of revenge, and irrational behaviour which led to fury-like behaviour in you.

‘I use the word because it reminds me of the aphorism, “Hell hath no fury like a woman scorned”, and here there are elements of that fury.’

The judge described Copleston-Warren as a ‘woman of exceptional character and behaviour’ who had worked hard for charities because she was unable to seek paid employment for medical reasons.

He added: ‘As a result of this crisis, which led to you behaving in an uncharacteristic way, you have already been punished.’

The judge also handed Copleston-Warren a seven-year restraining order banning her from contacting her ex-boyfriend or going within 100m of his three homes.

The victim said in an impact statement he is having therapy and finding it difficult to sleep, leave home and socialise as before, following the crime.

He said he had spent 30 years building up respect, which was ‘ruined in a couple of minutes’ after the picture was posted online and spoke of his ‘life being ripped apart’ and being ‘devastated’.