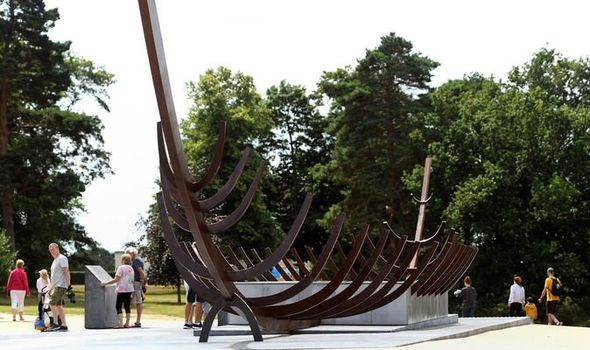 Locals named them as retired photographer Jonathan Metcalf, 72, and his wife Sally, who was in her 60s. Mr Metcalf is believed to have strangled Sally and killed their Burmese cat before hanging himself. Friends said the couple were “devoted” to each other and worked as National Trust volunteers at the historic Sutton Hoo burial ship site near Woodbridge, Suffolk. Yesterday a sign at the site said: “Sutton Hoo is currently closed due to unforeseen circumstances.”

A National Trust spokeswoman said: “Sutton Hoo is currently closed, as we have been left deeply saddened by news that two of our much-loved volunteers have sadly passed away.”

The discovery of the ship and its gold artefacts in a burial mound featured in this year’s hit Netflix film The Dig starring Ralph Fiennes, Carey Mulligan and Lily James.

Mrs Metcalf was a volunteer manager. She said on the National Trust’s Sutton Hoo website that she was “a mother hen” figure who enjoyed “trying to help in any way I can”. Her hus- band was said to have been a ranger. They moved from Bristol to enjoy retirement in Woodbridge, where they lived in a Grade II listed 18th century home, close to the centre of the town.

Mr Metcalf was an enthusiastic gardener who helped start up the Woodbridge Growers community allotment site around 10 years ago.

Friends said Mrs Metcalf had suffered from cancer in recent years and had undergone major surgery, while her husband had also been ill.

Emergency services were alerted to the deaths at 6.15pm on Saturday.

Post mortems by the Home Office on Sunday concluded that Mrs Metcalf died from compression of the neck while her husband died as a result of hanging. Suffolk Police have not yet officially identified the couple but said her death is being treated as murder while his is thought to be suspicious.

A police statement added: “Formal identification procedures in respect of both parties have not yet taken place. The investigation continues, but detectives do not believe that there is anyone else involved with this incident. 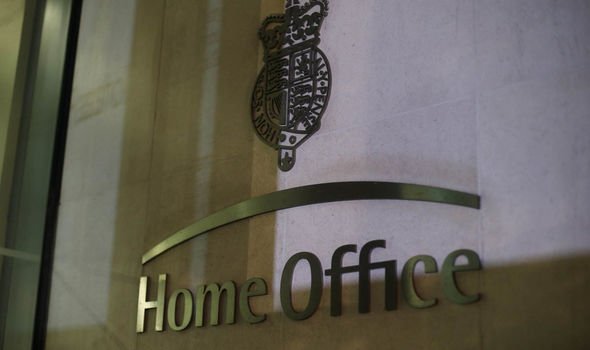 “A police scene remains in place at the property, but there is no threat to the wider community.”

Forensic officers completed a search inside the couple’s home in the early hours of Sunday. Local people said they had seen blinds drawn in recent days, which was unusual.

One resident said: “It was quite strange seeing their blinds closed because their windows were normally open to see in. I would walk past and they would always give me a wave.

“Now I am kicking myself thinking that I should have followed my gut feeling and done something a couple of days ago because it was so unusual for their blinds to be down.”

Linda Page-Mullett, who also knew them, said: “You could not find a more devoted couple.”

Clare Perkins, a former mayor of Woodbridge, said: “They were just beautiful people and were always ready with a smile and kind words.

“It is just tragic. Sally worked so hard at Sutton Hoo.”

James Lightfoot, chairman of the Choose Woodbridge business and tourism association, said: “They were a really nice, unassuming couple.”