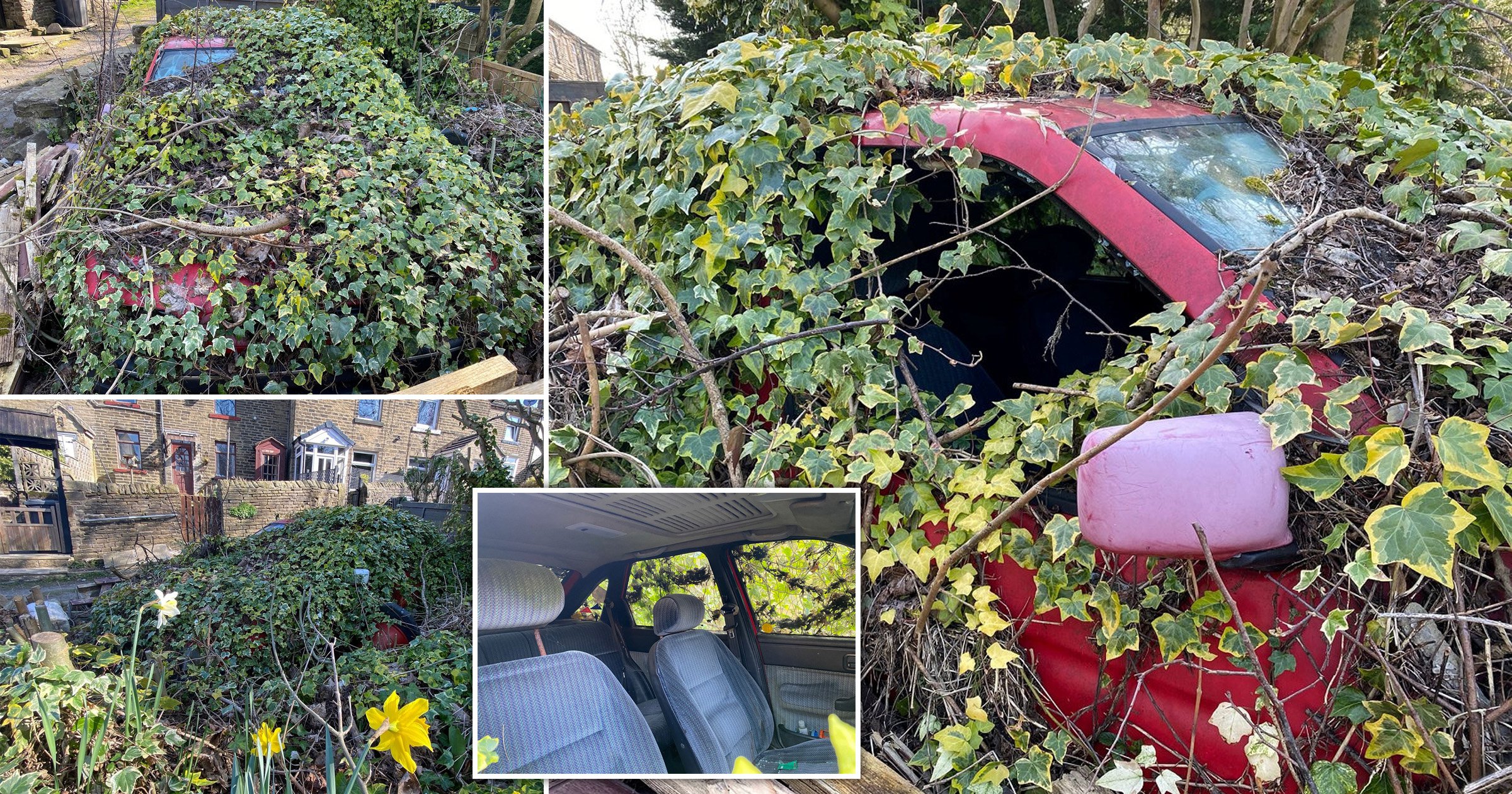 A car owner is finally planning on moving his ivy-covered Ford Escort — after leaving it in the same parking spot for more than 15 years.

Tim Ward left his red motor in a space he owns outside the family home in Wilsden, Bradford, in 2005 or 2006, when he moved out.

He hasn’t touched it since, with pictures showing rampaging climbing ivy has now taken over.

Nature has fully reclaimed the vehicle, with it barely even visible more than a decade on.

Doting son Tim has explained he was asked to leave the car there by his mum, who still lived in the house, for sentimental reasons when he left.

She passed away in 2016, and he struggled to get round to moving it due to its ties to his mum.

Tim said: ‘It just kind of stayed there. Over the years my mum cleaned it of branches and started it up occasionally.

‘The numberplate on it was more valuable than the car. After my mum died, I did not have the heart to move it.

‘It’s not laziness why we haven’t taken it away, it was the emotional side.’

The car, which dates back to the late 1990s, has unsurprisingly been the source of lots of interest in the community over the years.

Naming it a local ‘landmark almost’, Tim said: ‘I wanted to try to turn it into a coffee bar at one point, because of the interest in it…

‘It’s not an eyesore anymore as it’s disappeared. It has become a bit of a joke with my neighbours.’

Six year on from his mum’s death, Tim is now ready to get back in the driver’s seat.

‘My mum valued it being there so much, so it has been too hard to take it away before now. It’s just been quite emotional to do that’, he said.

‘It’s got to go. I will get rid of it by the end of April. Enough time has gone now. It has just been too emotional for me to take the car away before.’