MOSCOW — Associates of Aleksei A. Navalny have been forced to disband the imprisoned Russian opposition leader’s network of 40 regional offices, one of his top aides said Thursday, a step that pushes the domestic resistance to President Vladimir V. Putin further underground.

The move was inevitable, Mr. Navalny’s aide, Leonid Volkov, said in a YouTube video, amid the Kremlin’s latest efforts to stifle political dissent. Moscow prosecutors on April 16 announced that they would seek a court ruling to have Mr. Navalny’s movement declared an extremist organization, and the court quickly ordered Mr. Navalny’s groups to halt all public activity, including participating in political campaigns or referendums.

“Alas, we must be honest: It’s impossible to work under these conditions,” Mr. Volkov said, warning that continuing to operate would expose Navalny supporters to criminal prosecution. “We are officially disbanding the network of Navalny offices.”

Mr. Volkov predicted that while some offices would close, others would transform into independent political entities engaged in local politics. Either way, the end of Mr. Navalny’s nationwide network — from Kaliningrad on the Baltic Sea to Vladivostok on the Pacific — represented the end of an era in Russian politics.

Started ahead of Mr. Navalny’s failed attempt to challenge Mr. Putin in the 2018 presidential election, the network of offices grew into the most formidable nationwide political infrastructure outside of the existing set of Kremlin-sanctioned opposition parties. The offices agitated for a boycott of the 2018 election, in which Mr. Navalny was barred from running, and worked on a coordinated effort to undermine pro-Kremlin candidates in local and regional elections that the Navalny team called “smart voting.”

Emulating Mr. Navalny’s splashy corruption investigations published on YouTube, the local offices highlighted what they described as theft and injustice carried out by local officials.

“Most will continue their work as self-sufficient, independent, regional civic and political movements, with strong people at the helm,” Mr. Volkov said of the offices. “This means that everything we have done together up until now will not have been for naught.” 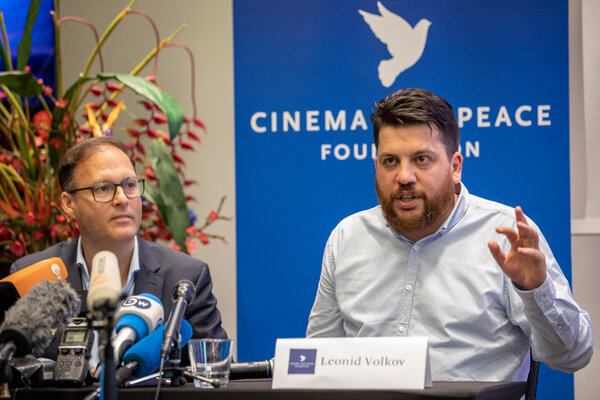 Prosecutors have for years harried Mr. Navalny and other opposition figures, but usually under pretexts like violating rules on public gatherings, laws unrelated to their political activities or more recently regulations against gatherings to limit the spread of the coronavirus.

That approach provided a pretense of legal acceptance for political dissent, which is guaranteed under Russia’s 1993 post-Soviet Constitution. But this month’s effort to declare Mr. Navalny’s movement “extremist” has been distinct for directly targeting the political activity of Mr. Navalny’s nongovernmental organizations.

Hearings in the extremism case are continuing this week — behind closed doors, because the evidence has been deemed classified. When they announced the case this month, the prosecutors argued that Mr. Navalny’s groups were seditious organizations disguised as a political movement. In a news release, prosecutors said that “under the guise of liberal slogans these organizations are busy forming conditions for destabilizing the social and sociopolitical situation.”

Mr. Navalny appeared by video link from prison at a different court hearing on Thursday — his appeal of a February conviction for defamation of a World War II veteran that resulted in an $11,500 fine. It was his first public appearance since he started his hunger strike demanding better medical treatment.

Mr. Navalny ended the hunger strike last week after 24 days, saying his demands had been partially met. On the courtroom video screens Thursday, Mr. Navalny appeared gaunt, but as he talked over the judge’s attempts to interrupt his closing statement, his voice sounded nearly as forceful as it was in his dramatic courtroom appearances earlier this year.

Mr. Putin, Mr. Navalny said, was trying to wrap himself in the glory of the Soviet Union’s victory in World War II in order to justify his effort to stay in power.

“Your king with no clothes has stolen the banner of victory and is trying to fashion it into a thong for himself,” Mr. Navalny said, addressing the judge, according to a recording of his speech published by the BBC Russian Service. “All your authorities are occupiers and traitors.”