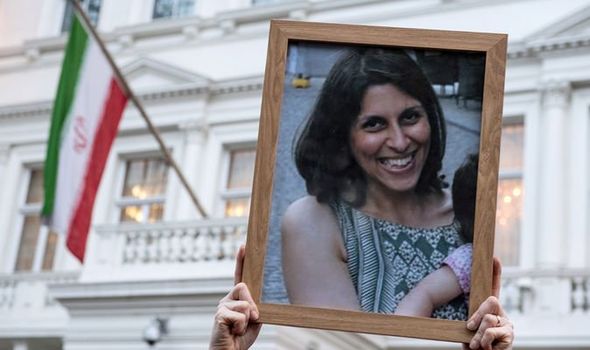 In a tweet this morning, Tulip Siddiq MP said that she had spoken to Ms Zaghari-Ratcliffe’s husband, Richard.

He told the Hampstead and Kilburn MP that the jailed mother had “lost her latest appeal and her sentence of one year plus one year travel ban is upheld with no court hearing.

Ms Zaghari-Ratcliffe “could now be returned to prison at any time.”

The Iranian-British dual citizen who has been detained in Iran since April 2016.

In early September 2016, the Thompson Reuters Foundation employee was sentenced to five years in prison after being found guilty of allegedly “plotting to topple the Iranian government”.

She was temporarily released from prison in March last year, during the coronavirus pandemic, while being monitored.

The prosecutor general of Tehran stated in October 2017 that Zaghari-Ratcliffe was being held for running “a BBC Persian online journalism course which was aimed at recruiting and training people to spread propaganda against Iran”.

On March 7 this year, her original sentence ended, but in April she was found guilty of propaganda activities against the government and sentenced to one year in prison.

Ms Siddiq added: “the PM must act now” to free her. Downing Street was approached for comment.