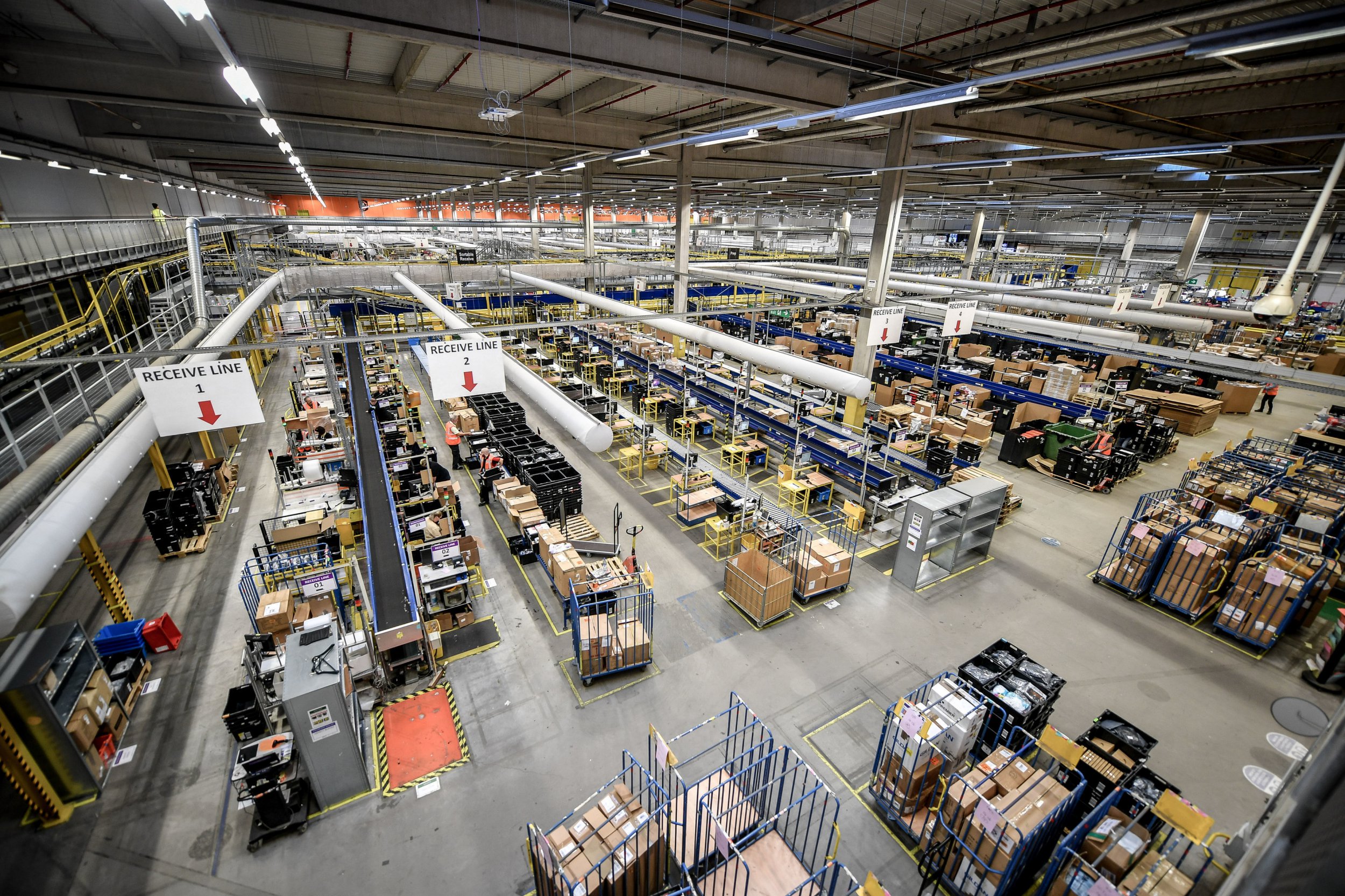 Thousands of Amazon workers had to self-isolate unnecessarily after receiving the wrong Covid test results.

Around 3,853 members of staff who tested negative received notifications to say they had Covid, according to The Guardian.

The Department of Health and Social Care (DHSC) said the issue was was resolved in a day.

But those working for the ‘world-beating’ Test and Trace service said they were still dealing with the fallout.

One test and trace worker said: ‘The tests, as far I can tell were good, but what people were told about their results is wrong.’

It not clear how the error occurred.

It is the latest problem to blight the heavily criticised £22 billion system.

Many people working for the system are employed on minimum wage by contractor Serco and healthcare professionals have criticised the use of outsourced, inexperienced call centre staff.

The unqualified junior workers are meant to be responsible for telling close contacts of infected people to self-isolate but are being increasingly asked to interview Covid-19 patients, detailing their movements and finding out who they may have infected.

This more complex work was previously only done by clinically trained staff.

Amazon has a workplace testing programme capable of carrying out  tens of thousands of tests a day across hundreds of its sites worldwide. The online giant said all those who received the error message from test and trace went home on a precautionary basis.

The issue was investigated and the workers were updated shortly afterwards to confirm they were not required to self-isolate.

A DHSC spokesperson said: ‘NHS test and trace has the capacity to process over 700,000 tests a day from more than 800 test centres and mobile units, with the vast majority of people reporting no issues with the process.

‘On Saturday, some Amazon staff members who tested negative for Covid-19 received notifications from NHS test and trace to say they have tested positive and asking them to self-isolate. Working closely with Amazon, NHS test and trace rapidly notified affected employees to let them know they did not need to isolate.’