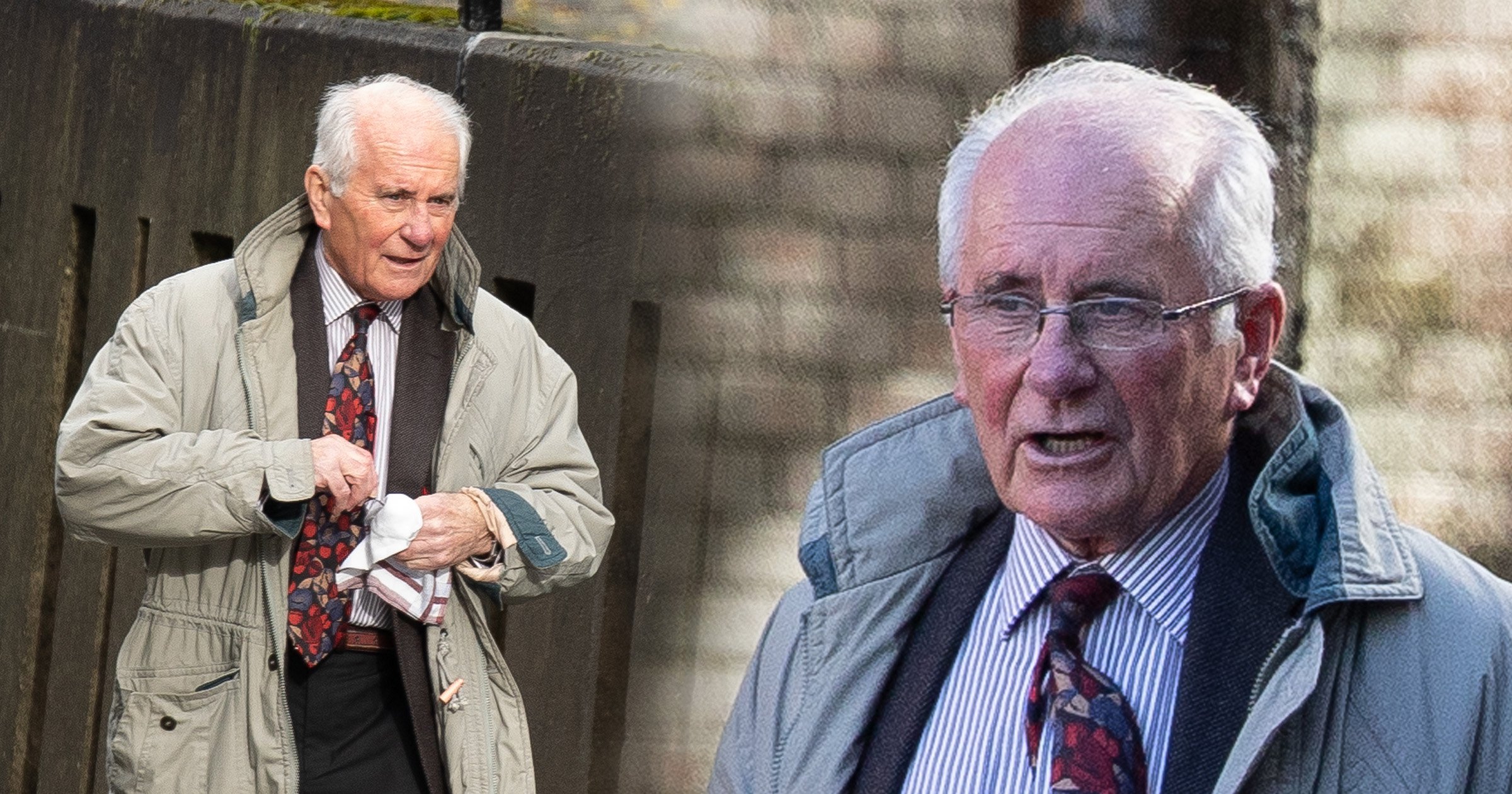 An elected councillor inflicted misery on his elderly neighbours with a 13 year bombardment of insults across their garden fence.

Brendan Murphy, 79, repeatedly labelled Christopher Boyd a ‘peeping Tom’ and his wife Margaret, a ‘tart’ after they fell out over a dispute about local gossip.

Whenever Mr Boyd, 76, and his 74-year old wife would sweep leaves from the driveway of their £500,000 home near Stockport, Murphy would say: ‘Morning Tom, how’s your tart today?’ from his home next door.

On one occasion while Mr Boyd was doing DIY on his roof, Murphy said: ‘You can do a lot of peeping from up there, you peeping Tom,’ and added: ‘Make sure you don’t fall off that roof, I won’t be able to give you the kiss of life.’

Murphy, an independent councillor on Cheshire East Council, was fined just £100 after being convicted of harassing his neighbours.

Stockport Magistrates Court heard the insults became so bad that the Boyds built a six high foot fence to stop Murphy barking his comments through their adjoining privet hedge.

In a statement read to court, Mr Boyd said: ‘Mr Murphy seems to get pleasure out of making these comments and when walking down the road, I have to check to see if he is in his garden.

‘I am anxious when my wife has to walk on her own and we are continually on guard.

‘He jeers and goads and the level of stress has been increasing. We are always wondering what tomorrow will bring. I have forgotten what it is like to have a stress free life.’

Mr Boyd said the bullying had been going on ‘for years’, affecting his health and leaving him scared to walk down the street by himself.

He added: ‘When I wake up, I wonder if I will have a peaceful day or not. When I hear his voice, I feel churned up inside.

‘He likes to bully me and the only time I can relax is when he goes out. I cannot walk down the road on my own and I do not feel safe until I am down the road.

‘This has been causing an incredible amount of stress, so much so that I have had problems with my immune system. I am fearful when my young grandson is round in case he makes any comments. He is unpredictable and dangerous.’

The court heard the neighbours had lived next door to each other since 1984 and initially got on well.

But they fell out in 2007 after Murphy reportedly accused them of spreading gossip about his late wife Iris and alleging he was underpaying his council tax.

The feud deteriorated when the Boyds put the fence up and called in the police.

In January 2011 Murphy was issued with a harassment notice and told to restrict his conversation with the Boyds to ‘Good Morning’. But he continued to approach the couple and was convicted of harassment the following year.

Murphy won an appeal against the conviction but a restraining order remained in place and he breached it in 2015.

The court heard the latest offences took place between November 2017 and July 2019.

Mrs Boyd told the hearing: ‘I’ve heard him say the words “how’s that tart this morning?” on a daily basis. It would be a very long statement if I provided all of the times he has called me a tart.’

Mr Boyd added: ‘They all take the same sort of theme, he calls me a dirty pervert and a peeping Tom and my wife a tart.

‘There were 19 separate incidents that I reported to the police between 21st June and 27th June 2019, there are just too many to remember.

‘He gets a lot of pleasure out of intimidating us and thinks it is good fun.’

Murphy, who stood unsuccessfully for the Conservatives in the Vale of Clwyd in the 2001 general election, told the hearing he had ‘justifiable reason’ to call Mr Boyd a ‘Peeping Tom’ and his wife a ‘tart’ and said some of his comments were jokes.

He added: ‘I have never threatened them with physical violence. I am going to appeal this to the crown court.’