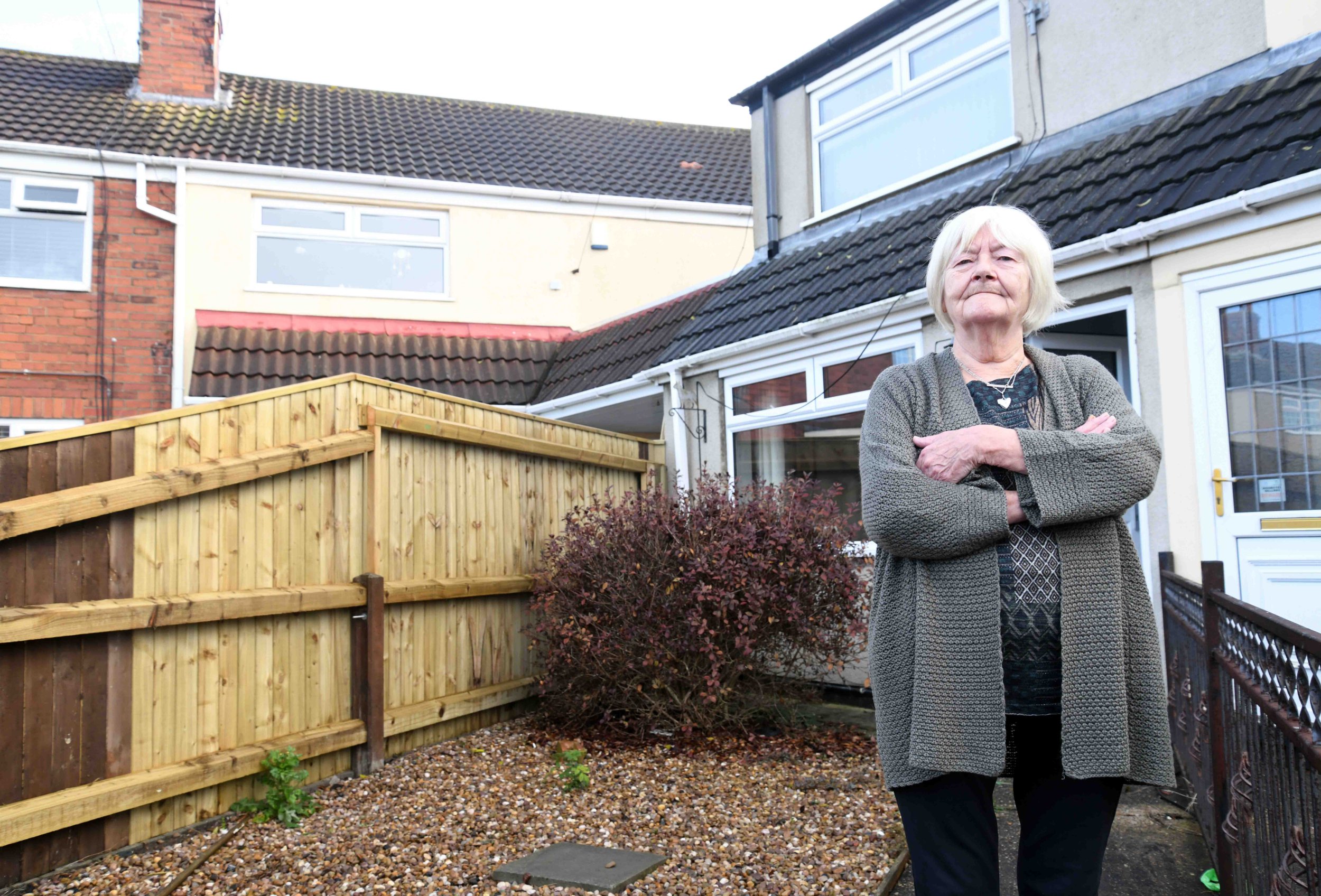 A pensioner has been left outraged at her neighbour’s newly installed ‘big fence’.

Sheila Parkinson, 75, says she is ‘going mad’ over the wooden structure between the two homes.

She claims the 6ft fence is not only blocking her view, but also resulting in higher energy costs.

Sheila, of Grove Crescent in Grimsby, says the amount of natural light in her home has been limited.

She told Grimsby Live: ‘There’s a fence in my front window and there’s reduced daylight coming in. When it was put up in October I sat down in my room and thought, “I can’t see anybody out there”. It’s depressing me, if I’m honest.

‘I usually go out because I think, “I can’t sit here all day”. I usually go for a walk or to town or something like that because otherwise I’d go mad. I don’t mind there being a big fence, but just not right in front of my window.’

She added: ‘I have to go outside onto my drive to see down the street.’

Therefore, the fence is not believed to be in breach of these guidelines.

Sheila said she has contacted North East Lincolnshire Council about the situation three times and has been told each time that someone will attend her property to speak to her, but a visit has never materialised.

In response, a spokesperson for North East Lincolnshire Council’s delivery partner EQUANS said that ‘due to circumstances beyond [their] control’ an initial planned visit to Sheila’s home had to be delayed.

They said: ‘This issue was first reported to our planning team on October 24 this year and there has already been discussions between the reporter of the works and the enforcement officer. Unfortunately, due to circumstances that were beyond our control, an initial planned visit had to be delayed.

‘However, that has now been resolved and the appropriate officer has made contact again and a replanned visit has been arranged.’

Prior to publication Sheila’s neighbour was contacted by Grimsby Live but did not wish to comment on the matter.