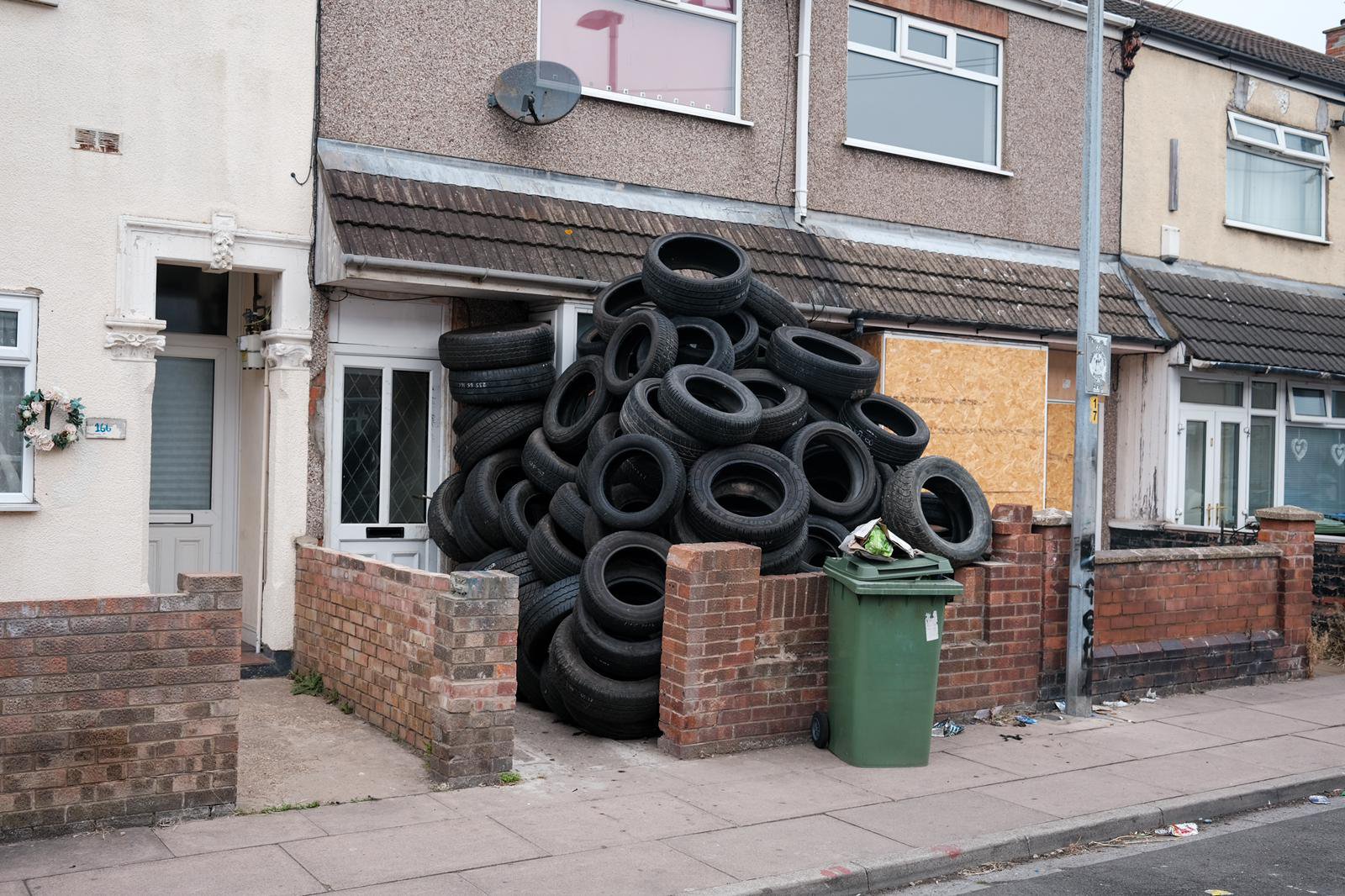 Residents have tried to move over fears the tyres could catch fire causing ‘the whole street to go up’.

The pile only appeared outside the terraced house on Stanley Street,  East Marsh, on Saturday but has already caused serious concerns.

A resident, who wished to remain anonymous, said the sight and the potential safety hazard were worrying.

She said: ‘If they (tyres) caught fire the toxic fumes would be a huge problem and if it did spread we would struggle to get away from the flames, it is a bit scary really.’

The woman added: ‘I’m hoping to move out soon if I’m honest. I’d love to be able to move away from it all now, but I can’t yet. I try to block it out as best I can, but you can’t really.

‘I mean, would you want to live next to that?’

Other residents on the street reiterated their worries of a potential safety hazard and said they were shocked when the tyre mountain first appeared.

One person said: ‘When I saw them I thought “what on earth are they doing there?” God knows what would happen if it all went up in flames, the whole street would go up.

‘It’s just sad that some people can spoil an area for the majority. It’s just ridiculous to see it all stacked up so high in front of a house.’

The issues in the area have become so bad for one family they’ve decided to leave, having only moved to the street in March.

The homeowner said: ‘We’ve already put the house up for sale after only moving up here earlier this year.

‘When we saw the house it was lovely and clean and then we saw all this. I didn’t realise how bad it actually was.’

A North East Lincolnshire Council spokesperson said: ‘We are aware of the incident and our officers are working with the landlord and Humberside Fire and Rescue to resolve the issue.’

Most of the tyres have now bee removed from outside the property by the homeowner.