The Duke and Duchess of Cambridge on Thursday observed the first-ever Cambridgeshire County Day, which intended to “showcase the very best from the Cambridgeshire business, charity, community and public sectors”. During the royals’ final appointment, at Newmarket Racecourse, Kate looked delighted as she held the baby daughter of a fellow visitor.

Kate, 40, smiled at and chatted with four-month-old Norah, dressed in a pink dress, before handing her back to her mother, Marianne Provoost.

Ms Provoost, who had travelled from the Netherlands for the event, said the duchess had asked to hold her child by saying: “I love babies.”

In a clip of the moment, Prince William appeared to gently tap his wife on the arm as if trying to say it was time to leave.

Fans were quick to analyse the footage showing Kate, who is known to love kids, in action with the baby. They seemed particularly amused by William’s reaction to the duchess’s motherly instinct.

READ MORE: Kate gets stuck in as she posts pictures in UNIFORM in touching tribute to Armed Forces 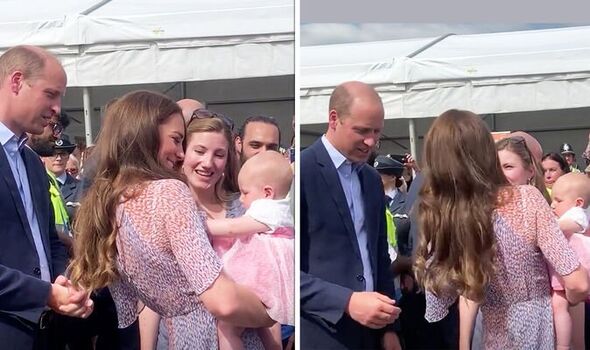 One eagle-eyed royal watcher said in comments about the video: “It’s making William a little nervous.”

Writing on Twitter under username @SummerCBreeze1, she added: “He’s nervous with three. Another one might tip him over the edge.”

“He gets very nervous when Catherine starts getting broody.”

The Cambridges have three children – Prince George, eight, Princess Charlotte, seven, and Prince Louis, four. Both William and Kate have in recent months made allusions to the duchess being “broody”. 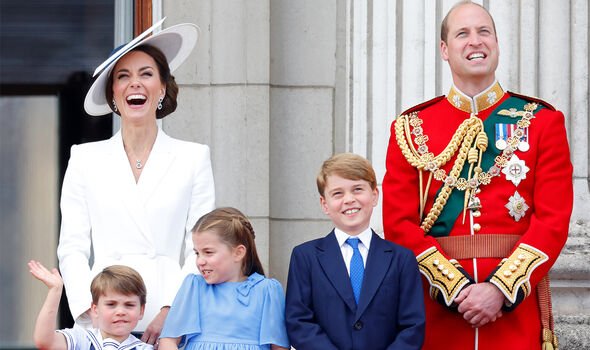 The duke joked about it during a school visit in Port Glasgow that saw his wife cuddled a baby, sing along with children and passionately speak to young pupils.

William and Kate toured St John’s Primary School in Inverclyde to learn about an innovative project where school children interact with a mother and baby to learn about its development and aid their emotional empathy with others.

The 40-year-old royal said: “Can you get my wife out of here before she gets broody?”

DON’T MISS
How much does the Royal Family cost the UK taxpayer? [ANALYSIS]
Can the Queen declare war? [EXPLAINER]
Harry SHOULD apologise to William but ‘too late’ [POLL] 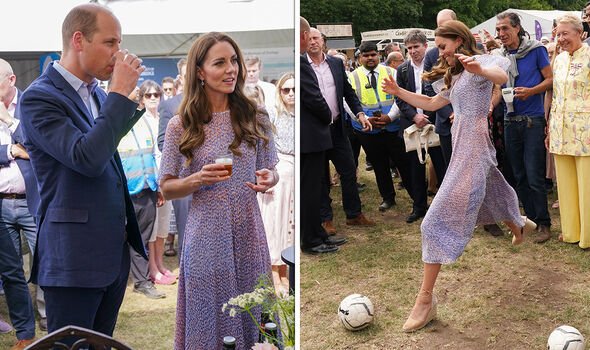 Meanwhile, Kate straight-forwardly told people at the University of Copenhagen, Denmark, after meeting two eight-month-old baby boys and their parents: “It makes me very broody.

“William always worries about me meeting under one-year-olds.

“I come home saying, ‘Let’s have another one.'”

The pair took part in a game where they both attempted to kick a ball at a target.

The duchess told the crowd it would be difficult as she was not wearing the right shoes for the sport.

Crowds, however, cheered her on before the two went on to have a cold beer as they spoke to several stall holders.

Organisers of the day, which was also a celebration of the Queen’s Platinum Jubilee, said its aim was for the day to “inspire future generations with an unrivalled display of innovation, ambition, commitment and passion to encourage them to be the best they can be and connect them with opportunities to help them”.