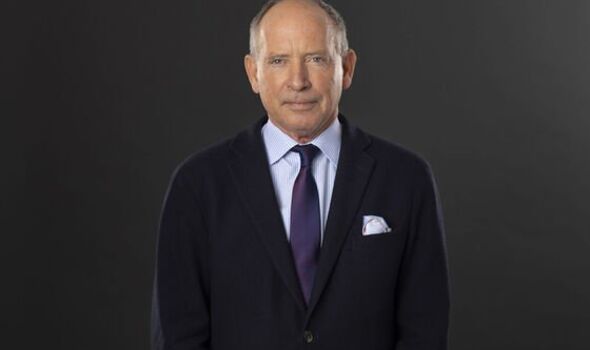 Sir Ian previously chaired Barclays UK and was chief executive of the home improvement giant Kingfisher. His appointment comes as speculation mounts that the Government will give the green light for the public service broadcaster to be privatised. Sir Ian arrives in the role with impeccable establishment connections. He chairs the Prince of Wales Charitable Fund and has served as lead non-executive director at the Cabinet Office.

Labour condemned the appointment – which comes just days after Lord Michael Grade, who has sat as a Conservative peer but is due to now sit on the cross-benches, was named chairman of communications regulator Ofcom.

Culture secretary Nadine Dorries welcomed Ofcom’s announcement that Sir Ian will take the key role at the broadcaster, saying: “I am delighted to approve Sir Ian Cheshire to be the new chair of Channel 4.

Sir Ian has an impressive record at the helm of some of Britain’s biggest businesses and I am confident his proven leadership will help Channel 4 go from strength to strength and ensure it thrives long into the future amid a time of rapid change for the sector.”Sir Ian said: “I am excited to be joining Channel 4 at this vitally important time for public service broadcasting. As it transforms for a new era of media consumption, I look forward to helping Channel 4 deliver for viewers right across the UK for many years to come.”

But shadow culture secretary Lucy Powell said: “Coming fresh off the heels of the appointment of a Tory peer as head of Ofcom, this decision stinks of more cronyism. Rather than advancing their war on Channel 4, one of the biggest drivers of creative jobs outside London, the Tories should focus on independent appointees who can do the job.”

However, Maggie Carver, Ofcom’s interim chair, said: “Sir Ian is a terrific appointment for Channel 4. He has a distinguished track record in both public and private service, and will ensure the highest standards of governance and accountability as a hugely experienced chair of other major boards.”

In October 2019, Sir Ian made headlines when he said Boris Johnson’s Brexit deal was “acceptable” and urged the country to get on with it, warning of the risks of further delay to consumer and investor confidence.

Sir Ian became chief executive of B&Q in 2005 before taking the helm of Kingfisher from 2008 to early 2015. Today, he chairs Spire Healthcare plc, the environmental investment trust Menhaden plc, and the Mental Health at Work Leadership Council, as well as being a non-executive director of BT plc.

Previously, he chaired the British Retail Consortium, Debenhams plc and Maisons Du Monde SA, and was a senior independent director at Whitbread plc. He has also chaired the Government’s “ecosystem markets task force” and the economy honours committee, and he today chairs the independent Food Farming and Countryside Commission.

He was knighted in the 2014 New Year Honours for services to “business, sustainability and the environment” and is a Chevalier of the Ordre National du Merite of France.