The initiative aims to fast-track access to urgent psychological support for those who have suffered keeping the nation safe. Chairman Trevor Sherwood, 32, said: “The last 12 months have brought into sharp focus the work of tens of thousands of brave men and women of our police. “But they are not immune to suffering. Many have been left shattered and exhausted by the job and the Covid crisis has exacerbated that. “The incredible job they do is taken for granted but they keep us all safe.

“It’s now our job to get them fit and back to work.”

The charity was set up after an officer friend told him he had suffered a breakdown because of the job. He has written for the Daily Express today.

The 46-year-old detective constable, a married father of two, was left contemplating suicide because of the mental toll of dealing with murder, rape, child abuse and fraud on a daily basis.

He said: “I feel like a shadow of myself. I struggle even though I was previously a top performer.

“I am still living within the eye of the storm and every day is a struggle. I felt physically unable to talk to anyone and did not know who to contact for help.”

Support already exists but many say accessing it is difficult because of lengthy waiting lists.

Cops Minds will bridge that gap by providing urgent funding to get officers booked into a local private psychologist. 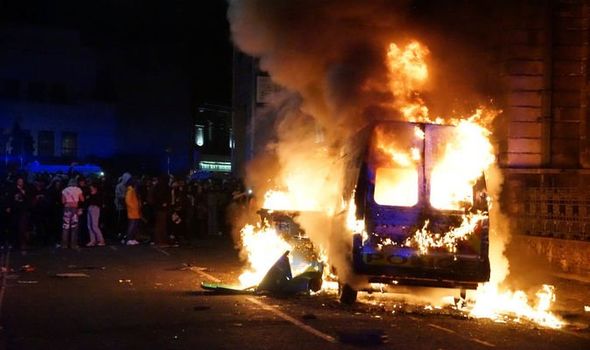 The group claims most are only offered an average of six counselling sessions through their forces.

It is claimed that after six months off, some officers have received letters telling them they will be dropped to half pay and, after 12 months, to zero.

Cops Minds has promised to distribute urgent support grants to cover bills if wages drop. One in five officers suffers from undiagnosed post-traumatic stress disorder, it was said. It is estimated mental health is costing the police up to £229million annually.

The recent Kill The Bill protests and rioting in Bristol once again showed the disorder and violence forces have to deal with.

John Apter, chair of the Police Federation, said: “Our survey revealed almost 80 per cent of officers struggled with mental health over the past 12 months.”

Hartlepool-based Cops Minds is run entirely by volunteers, who can arrange funding directly to psychologists or counsellors police officers are already using.

It has a £10,000 fighting fund but says it needs £150,000 a year as the true scale of the mental health crisis may not become clear until after the pandemic.

We launched Cops Minds after we identified officers were generally only allowed access to six support sessions. 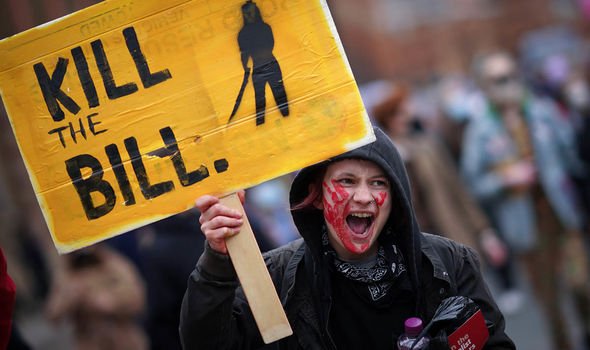 More shockingly, we found officers off work with mental health issues were worried at facing half-pay and the risk of being medically discharged if these treatment sessions did not work.

Support for police officers in crisis is slow. It can take a lot of time from going off sick to a supervisor filling in support forms or for welfare to be contacted.

The level of counselling is good but it is not there for every officer as it’s a private subscription that has to be opted in to.

The police treatment centres are brilliant but not all officers pay for this cover because they simply think they’ll never suffer physical or mental injuries on the line of duty.

We will offer support alongside that already in place, giving officers access to extra treatment and extended sessions to help get them get fit and ready for duty again.