Valdis Dombrovskis, a former prime minister of Latvia, was picked to take over at a particularly tense time. The previous office holder quit after claims he had flouted coronavirus rules. 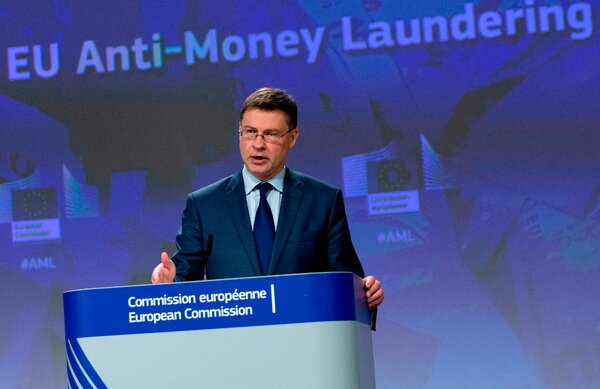 By Monika Pronczuk and Jack Ewing

The shuffling upsets staid Brussels politics at a particularly tense time — as Brexit negotiations sputter and as a debate around the European Union’s recovery fund hangs in the air — but was unavoidable after Mr. Hogan resigned in August over criticism that he had violated coronavirus rules.

Mr. Dombrovskis, whose gentle manner will be a departure in style from Mr. Hogan’s more blunt-talking persona, will be tasked with handling difficult trade talks with the bloc’s biggest partners and competitors: China, Britain in a post-Brexit world, and the United States. But despite their stylistic differences, experts say that they expect Mr. Dombrovskis, who has been a vice president in the European Commission focusing on the economy, to follow through on the policies Mr. Hogan set out in those negotiations.

The reshuffle was announced by Ursula von der Leyen, president of the European Commission, in a brief statement on Tuesday.

Mujtaba Rahman, a former European Commission official who is now a director at Eurasia Group, a political risk research group, said, “Von der Leyen needed a political and economic heavyweight from her existing team to take up this portfolio, given the geopolitical importance trade has for this E.U. commission.”