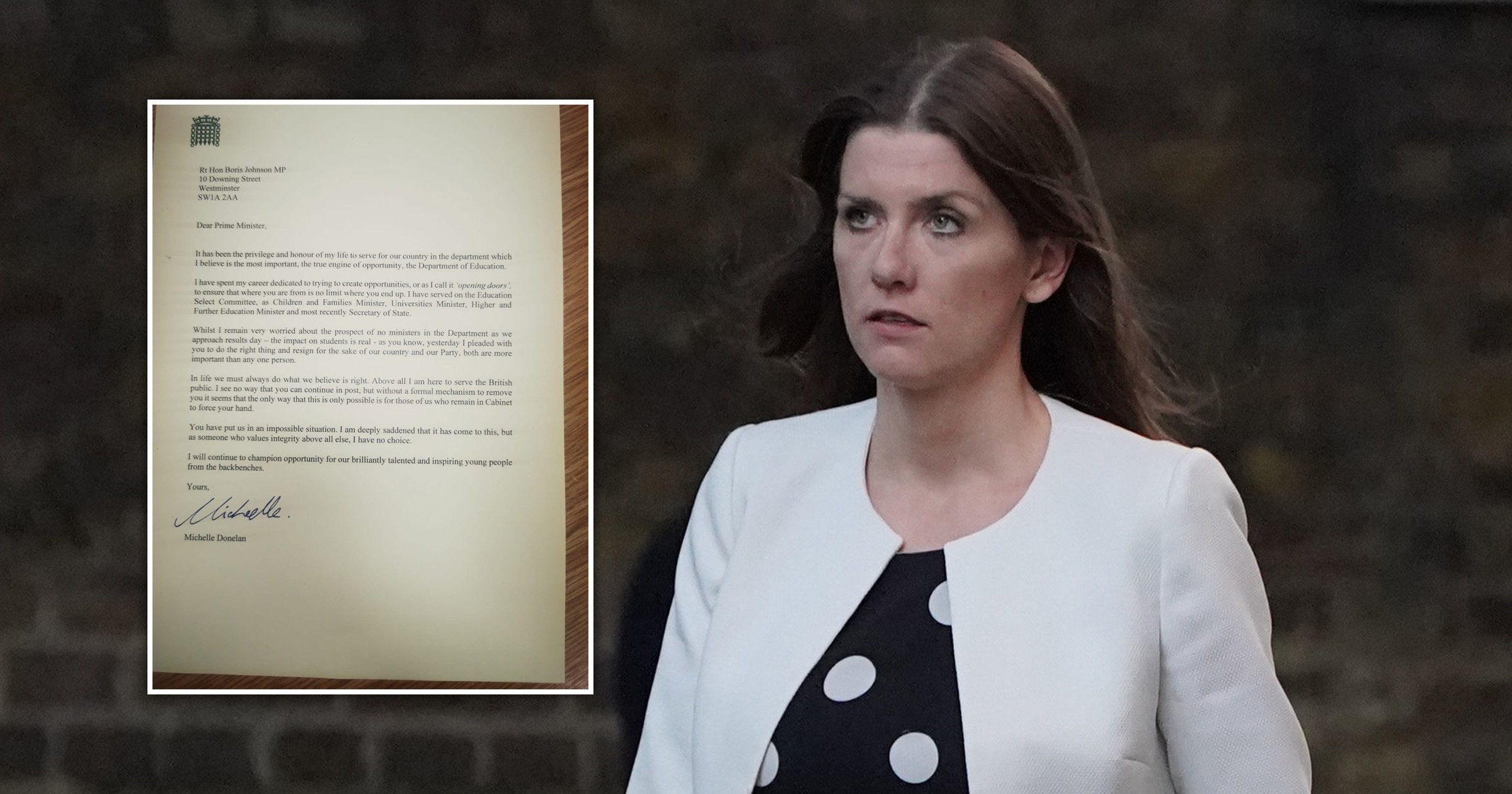 Education Secretary Michelle Donelan has resigned, having only been appointed on Tuesday.

Boris Johnson gave her the job as he desperately tried to prop up his government in response to a mass exodus of ministers.

But around 36 hours into her job, she announced her departure, writing that there is ‘no way’ the Prime Minister can stay in post.

Resignation letters are now piling up for a third day in response to the Prime Minister’s handling of the Chris Pincher groping allegations.

No 10 initially said Johnson had no knowledge of the claims against the Tamworth MP when he promoted him to deputy chief whip in February.

He said a group of Foreign Office officials had complained and an investigation had upheld the complaint, and that Pincher apologised.