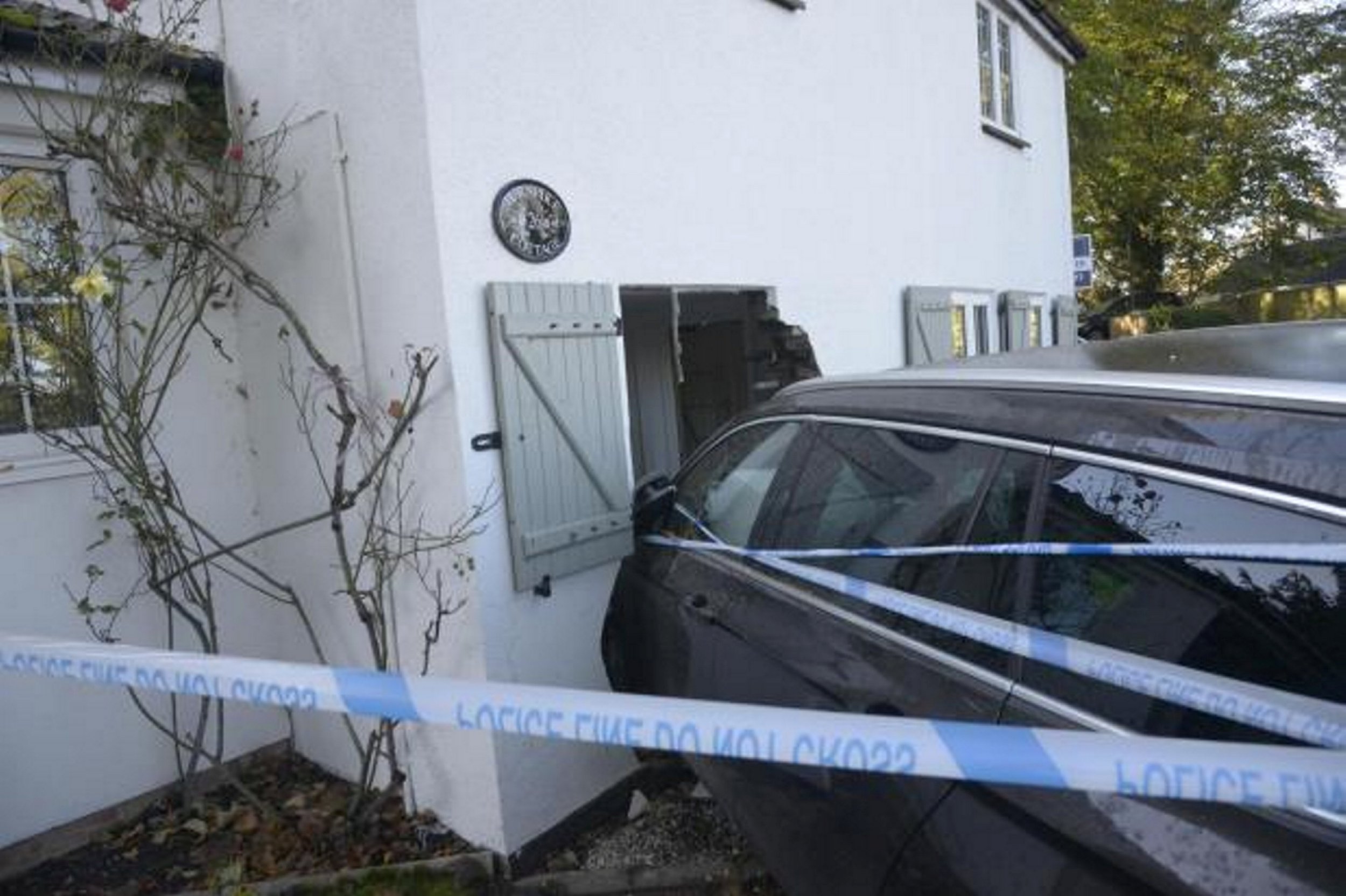 A car ploughed through the front of a historic cottage just days after it was sold.

The Volkswagen Passat crashed into the living room of the two-bedroom home in Bratton, Wiltshire, on Thursday night.

Turnpike Cottage was put on the market for £335,000 and had just been listed as under offer by Winkworth Properties.

But it was left severely damaged in the crash, with shocking pictures showing the car protruding out the side of the building.

The historic house dates back to 1780, and it was the first time it had come on the market in 20 years.

A police spokesperson said: ‘Wiltshire Police responded to reports of a road traffic collision at 11.45pm in which a car has left the B3098 and struck a property, causing substantial damage.

‘The driver has been reported on suspicion of dangerous driving. There were no reported injuries relating to this incident.’

The cottage remains behind a police cordon.