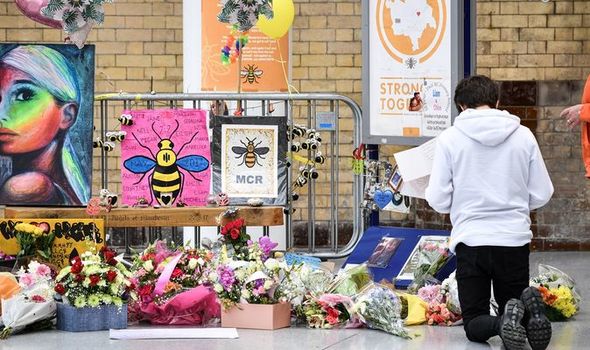 The Home Secretary’s Protect Duty plans are in response to the Manchester Arena attack in May 2017 when 22 people were killed by a suicide bomber as they left an Ariana Grande concert. Figen Murray, mother of 29-year-old victim Martyn Hett, has campaigned for venues and local authorities to have action plans against such attacks. Currently there is no legal requirement for security measures to be employed at the vast majority of venues.

Ms Murray said last night: “I am grateful for the Government’s cooperation around the campaign for Martyn’s Law and I welcome this report, which clearly indi- cates their commitment to protecting the public. The report shows a majority support for tougher security measures to ensure that venues are better prepared to protect the public from terrorist attacks. I will continue to work closely with the Government and look forward to this legislation being introduced as quickly as possible, to avoid the further unnecessary loss of innocent lives.”

Ahead of the publication of the plans, Ms Patel said: “Following the tragic attack at the Manchester Arena, we have worked closely with Figen Murray, victims’ groups and partners to develop proposals to improve protective security around the country. We will never allow terrorists to restrict our freedoms and way of life, which is why we are committed to bringing forward legislation this year that will strike the right balance between public safety, whilst not placing excessive burden on small businesses.”

Measures would be proportionate to the venue size.