Matt Hancock said improvements allowed the system to target hotspots and see where local measures were needed. But the proportion of close contacts being reached by NHS test and trace fell to another record low – after it emerged private sector consultants were paid about £7,000 a day to help with the system.

Mr Hancock said yesterday: “This week’s statistics show testing capacity is up, testing turnaround times are down and the distance travelled for tests is down too.”

Almost 90,000 people tested positive in England in the week to October 7 – the highest weekly figure since the service launched, and up 60 percent from 51,000 the previous week.

The number transferred for contact tracing more than doubled to almost 88,000, including 11,000 delayed by a technical glitch. 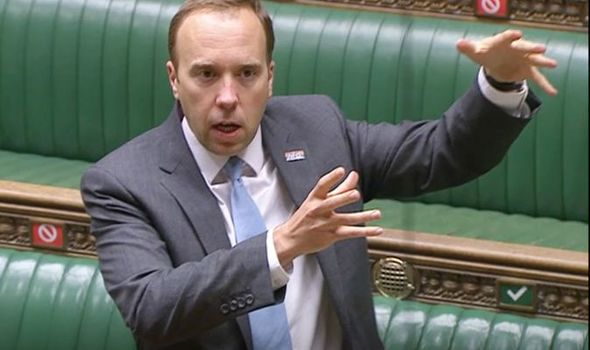 But under intense pressure, the proportion of all contacts reached fell to another record low of 62.6 percent, down from 69.5 percent the previous week.

Meanwhile, documents seen by Sky News show Boston Consulting Group was paid about £10million for around 40 consultants to work from late April to late August.

The Department of Health and Social Care said efforts to set up test and trace required it to work with public and private sector partners.