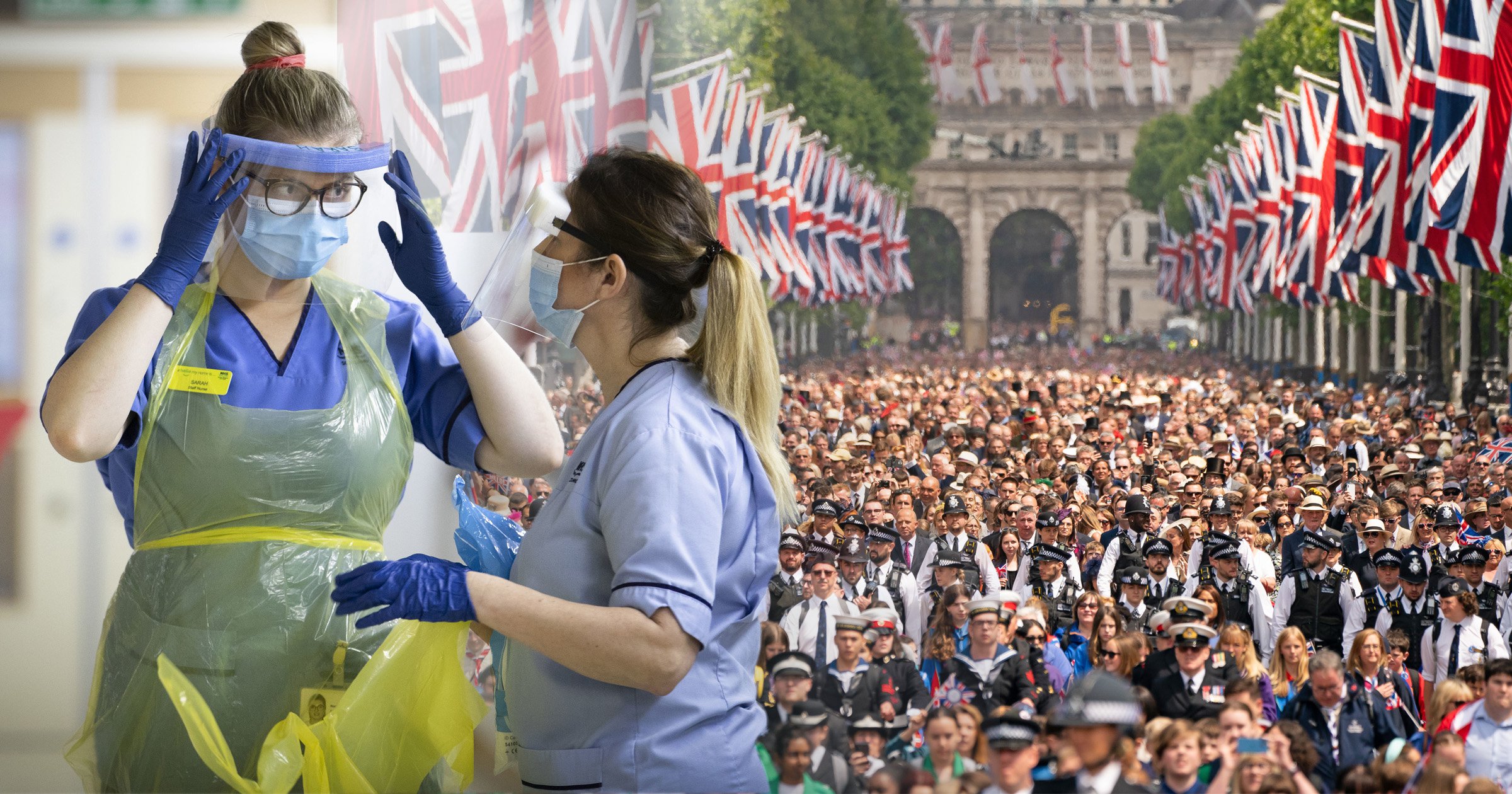 A new wave of coronavirus infections currently growing in the UK may have been fuelled by national celebrations for the Queen’s Platinum Jubilee, an expert has said.

Dr Simon Clarke, associate professor in Cellular Microbiology at the University of Reading, warned that the new wave had not yet peaked – and could continue until the autumn.

It is being driven by two new strains of the Omicron variant, which are not different enough to be renamed something else entirely but are still thought to be more infectious and potentially more able to evade previous immunity.

This was the first time total infections had risen week-on-week since the end of March, when the number hit a record 4.9 million at the peak of the Omicron BA.2 wave.

The news came a week after the Platinum Jubilee bank holiday weekend, when many had four days off work and headed to pubs, parties and crowded processions to join the celebrations.

Before the Jubilee, experts had already warned that it could lead to an increase in cases.

Dr Francois Balloux, a professor of computational biology at University College London, told i News: ‘There is a lineage replacement going on, with BA.4, BA.5 and BA.2.12.1 all going up in frequency and BA.2 on the way out.

‘In early June these three lineages are expected to become dominant, which may lead to cases going up again. The Jubilee celebrations might not help either. So there is a “non-negligible” risk we may see a small spike in June.’

And Professor Tim Spector, who runs the Zoe monitoring app for Covid, told the paper: ‘The Jubilee celebrations will definitely put rates up. A lot of people are still infectious, it’s still extremely contagious and lots of people are susceptible again.’

Dr Clark said he didn’t expect we would see another lockdown over the summer unless the virus mutated more drastically, with good weather allowing people to meet outside and keep windows open mitigating some of the risk.

But he said that in a worst case scenario with the current stains,

There will be more infections, I would expect that ‘there would be waves of people being unwell, sort of mass sickness – and there maybe an increase in people ending up in hospital.’

He told the Mirror that this would not be the last we see of Covid, either.

The original Omicron variant caused a surge in infections across the UK in December and early January.

BA.4 and BA.5 are newer variants that were recently classified by the UK Health Security Agency as ‘variants of concern’, after analysis found both were likely to have a ‘growth advantage’ over BA.2, which is the current dominant strain in the country.

Initial findings suggest the newer variants have a degree of ‘immune escape’ – meaning the immune system can no longer recognise or fight a virus, the UKHSA said.