The Cabinet Office has apologised after the home addresses of more than 1,000 people who received New Year honours were accidentally posted online.

Sir Elton John, Ben Stokes, Iain Duncan Smith and the former director of public prosecutions Alison Saunders are believed to be among those affected.

A Cabinet Office spokesperson said: “A version of the New Year Honours 2020 list was published in error which contained recipients’ addresses.

“The information was removed as soon as possible. We apologise to all those affected and are looking into how this happened.

“We have reported the matter to the ICO and are contacting all those affected directly.”

Senior police and Ministry of Defence (MoD) staff, including counter-terrorism officers, also had their details leaked.

However, The Guardian reported that the addresses of some MoD staff had been redacted.

The list was available for around an hour on Friday evening, according to the Cabinet Office, and could be downloaded as a spreadsheet.

It is not clear how many people had their addresses published. 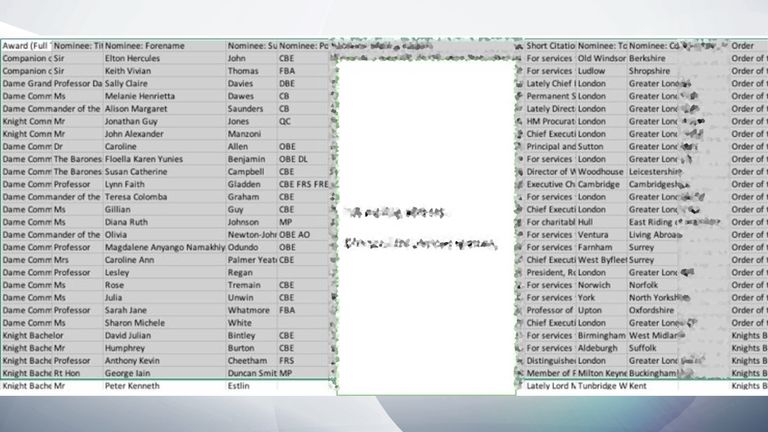 Others who received honours this year include Bake Off winner Nadiya Hussain and Grease star Olivia Newton-John.

Hackney councillor and charity pioneer Mete Coban, who received an MBE for his work with young people, said he was personally not too concerned by the error.

He said: “If those responsible have apologised and it is a genuine error, then there is not much more that can be done.

“I understand why others are concerned but most of my details are online because of the council work anyway.

“It is not ideal but what is done is done.”

The Information Commissioner’s Office said in a statement it would be making enquiries regarding the data breach.