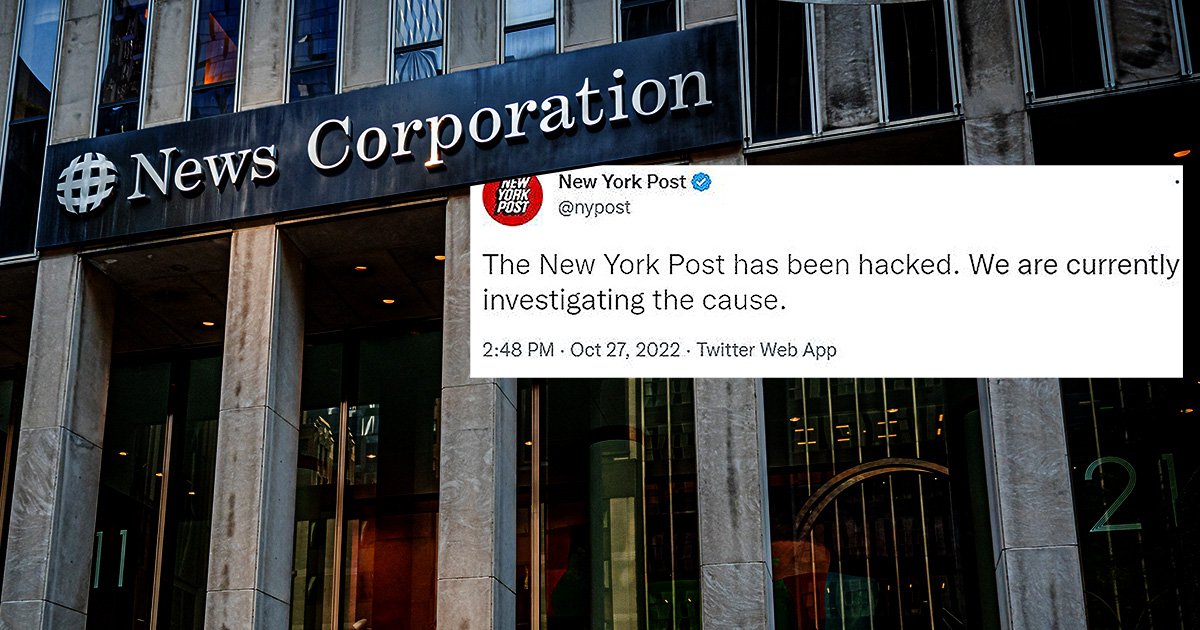 The New York Post announced it was hacked after several highly offensive headlines and tweets were posted on its platform.

The newspaper posted on Twitter at 9.48am on Thursday: ‘The New York Post has been hacked. We are currently investigating the cause.’

That was after several shocking posts about politicians were published on Twitter.

One of them was an apparent link to a story in which Texas Governor Greg Abbott falsely said: ‘I will order Border Patrol to start slaughtering illegals.’

Zeldin in another apparent post from the hackers said, ‘I will rape and batter (New York Governor Kathy) Hochul’s sorry ass pussy’.

Yet another post had conservative activist Christopher Rufo saying, ‘We must destroy and imprison Union teachers’.

i think the nypost has been hacked pic.twitter.com/7V1PaROdrx