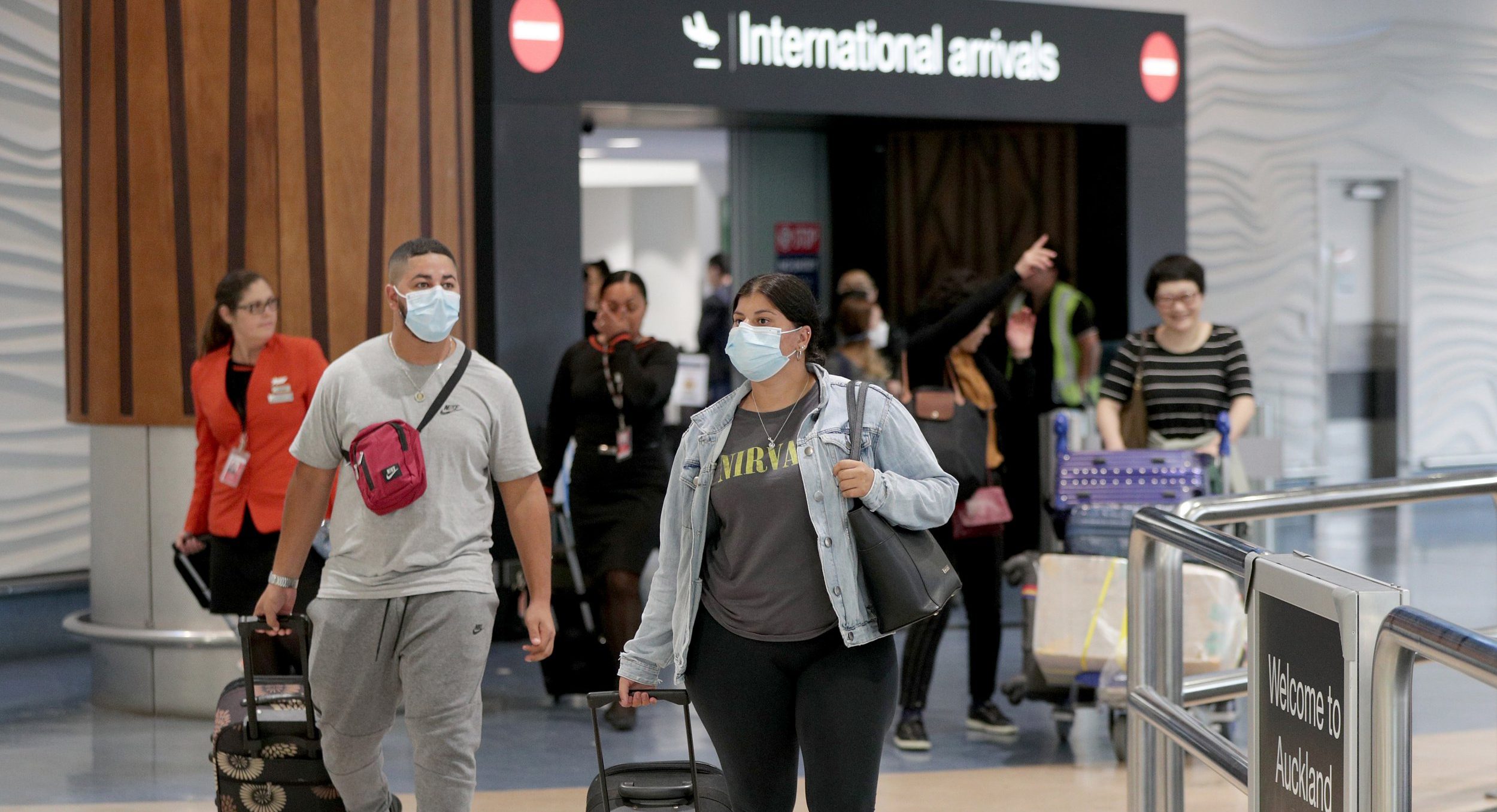 New Zealand’s borders will remain shut until at least the end of the year in a bid to keep Covid-19 out.

The country has been one of the most successful in the world at controlling the outbreak, having recorded just 26 deaths among the population of nearly five million since the pandemic started.

That has partly been achieved by closing the borders to everyone who is not a resident or citizen.

Ms Ardern said they would not reopen until after the vaccine rollout has been completed at the end of this year.

She said: ‘While the pandemic continues to rage overseas, and the virus continues to change and mutate, the best thing we can do is lock in the gains achieved to date while keeping our options open.’

Many have questioned the feasibility of maintaining a zero-tolerance approach as international travel continues to open up.

The PM said the country would begin letting travellers in on a carefully managed basis from the start of next year.

Ms Ardern said fully vaccinated arrivals from low-risk countries would not be required to quarantine.

Those arriving from medium-risk countries would have to complete some kind of self-isolation, while people coming from high-risk countries, or those unvaccinated, will need to stay in a quarantine hotel for 14 days.

She also announced that the standard time between vaccine doses will be increased from three to six weeks in order to get more people at least partially protected in a shorter space of time.

Ms Ardern said: ‘From a population basis, it makes sense to get as many New Zealanders at least partially vaccinated quickly.’

Opposition Leader Judith Collins said Ms Ardern’s announcements were a step in the right direction but the government needed to speed up its vaccination programme.

So far, 29% of New Zealanders have received one dose of the vaccine and 17% are fully vaccinated.