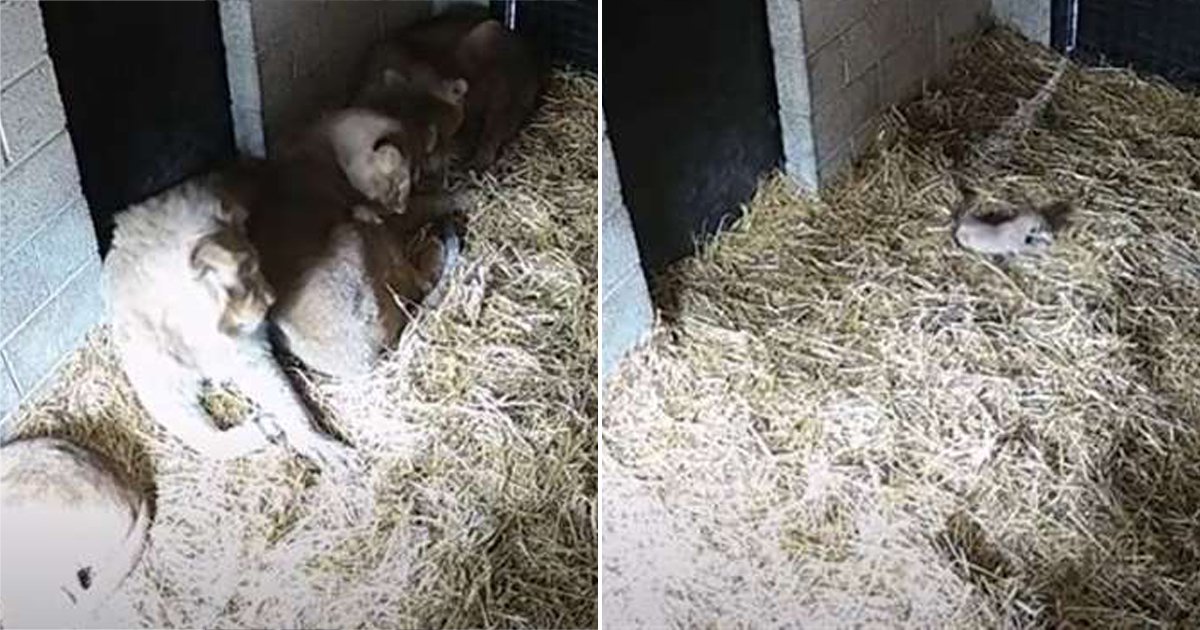 A lion cub has frozen to death after wandering outside its sleeping quarters at night in sub-zero cold.

The youngster was found by keepers at Port Lympne Safari Park in Kent.

A spokesman for the park said it wandered out of through the bedroom door in the early hours of Tuesday and ‘succumbed to the elements very quickly’.

‘During the early hours of Tuesday morning, we became aware that one of the lion cubs was not visible,’ the statement said.

‘We believe it ventured out through the bedroom door unnoticed by its mother.

‘With below-freezing temperatures, it would have become weak and succumbed to the elements very quickly.

‘It later became clear that it had indeed passed away during the night.’

The cub was one of three born to mum Oudrika and her mate Adras on January 13 but one died after three days.

‘We are all incredibly upset by these events but the remaining cub appears strong,’ said the spokesperson, adding that Oudrika is protecting her in another shelter.

It comes after days of snow in the UK brought by Storm Darcey.

The UK recorded its coldest night in more than two decades as temperatures dropped below -20°C last night. The lowest recording last night was in Braemar, with temperatures at -22.9°C.