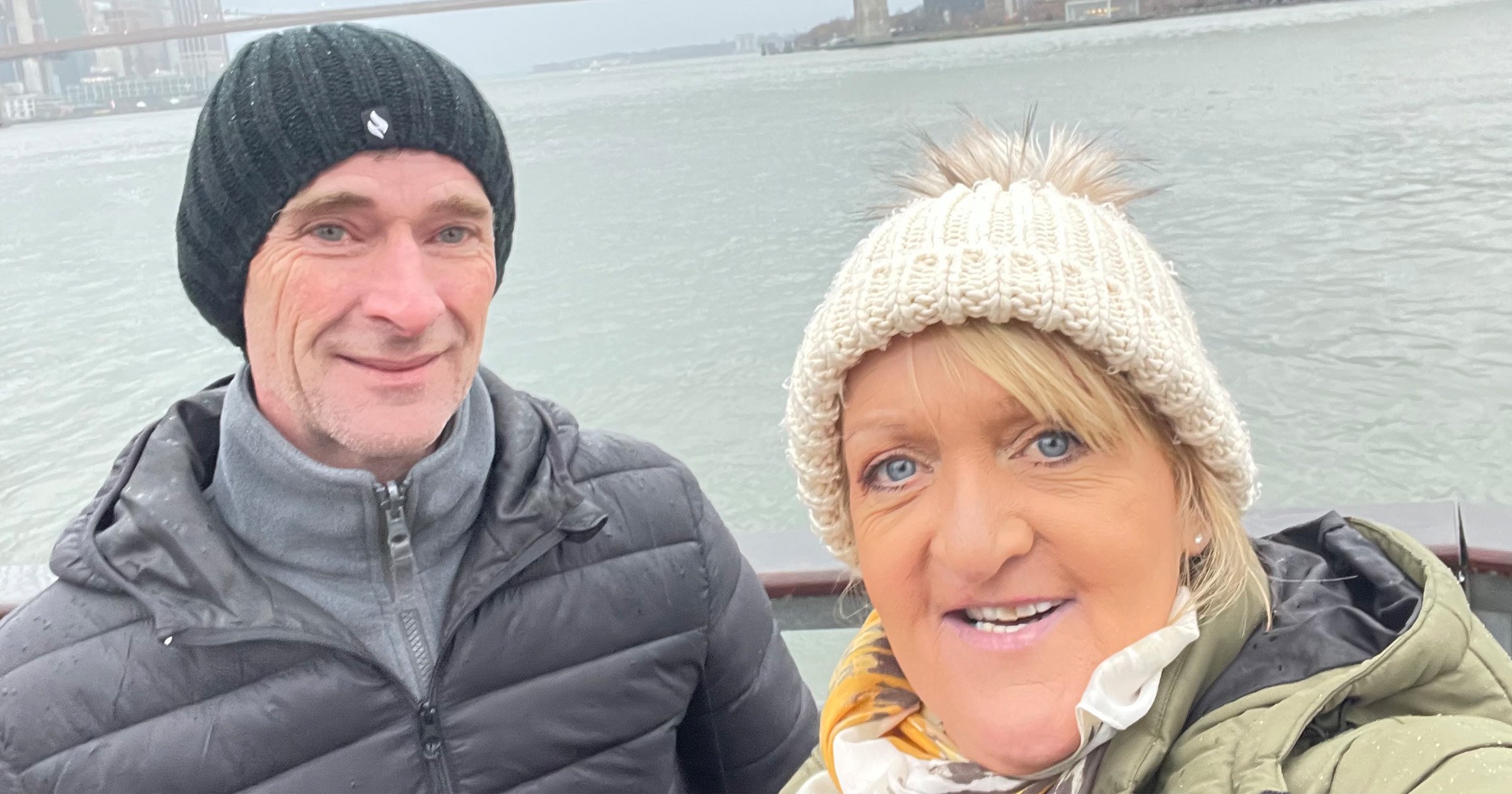 A Sunderland couple were left shocked after being told to fork out a ‘ridiculous’ £700 ahead of their dream holiday.

Sharon Barrett and husband Paul initially saw their spending money halved as a result of the situation.

The charge, ahead of a flight to New York on December 9, came following the need to change a surname on their booking.

Sharon was told by Hayes Travel that she had to pay £698.50 to make the change.

The 58-year-old, from Washington, said: ‘They’ve charged us this absolutely ridiculous price without an explanation of what the fee was for. I thought I was hearing things when they told me the price on the phone.

‘I paid it just so I could go on holiday and I didn’t lose the money I had already paid but obviously I’m skint now.

The complications arose when Sharon’s passport, which was issued in her maiden name and matched the name on the holiday, was mislaid after being sent off to HMRC to complete the VAT registration for her business.

Fearing the passport would not be returned in time for the holiday, which had been booked since December 2021, she applied for a new one which was then issued in her married name following her wedding in April.

After receiving her new passport on November 26, Sharon said she immediately sent a copy to Hays Travel.

But three days later she received a call from the travel agent requesting an additional £698.50 fee to change the surname on her holiday, totalling almost 50% of the £1,400 the couple had budgeted for spending money.

Sharon said: ‘When I knew I wouldn’t be able to get a new passport issued in my maiden name I went into the travel agent and told them and they said it would cost about £55, which I said was fine, I was expecting to pay something.

‘I’ve been backward and forward between the travel agent and the airline and they’re both saying different things.

‘Hays Travel said they would send a breakdown of the cost but I still don’t have the breakdown even though I’ve asked them several times so I don’t understand what the charge is.’

Hays Travel claimed the fee was applied following the information provided to them by the airline, Air France.

But Sharon claims Air France informed her over the phone that it is free to change the name on her booking up to 72 hours before travel.

Hays Travel has now agreed to issue a refund to Sharon.

A spokesperson for Hays Travel said: ‘We have already looked into this matter for Mrs Barrett and it has been resolved.

‘At the time of changing the name, we were obliged to go with the information provided to us by the airline, and apply the fee they required for a name change.

‘However we picked this up again on behalf of Mrs Barrett and, as ultimately the airline did not apply the charge, we have been able to fully refund the fee to Mrs Barrett.’

Information on the Air France website states: ‘The name indicated on your ticket cannot be modified.

‘If it contains a typo or if you have changed names, please contact your point of sale or the sales department by phone.’