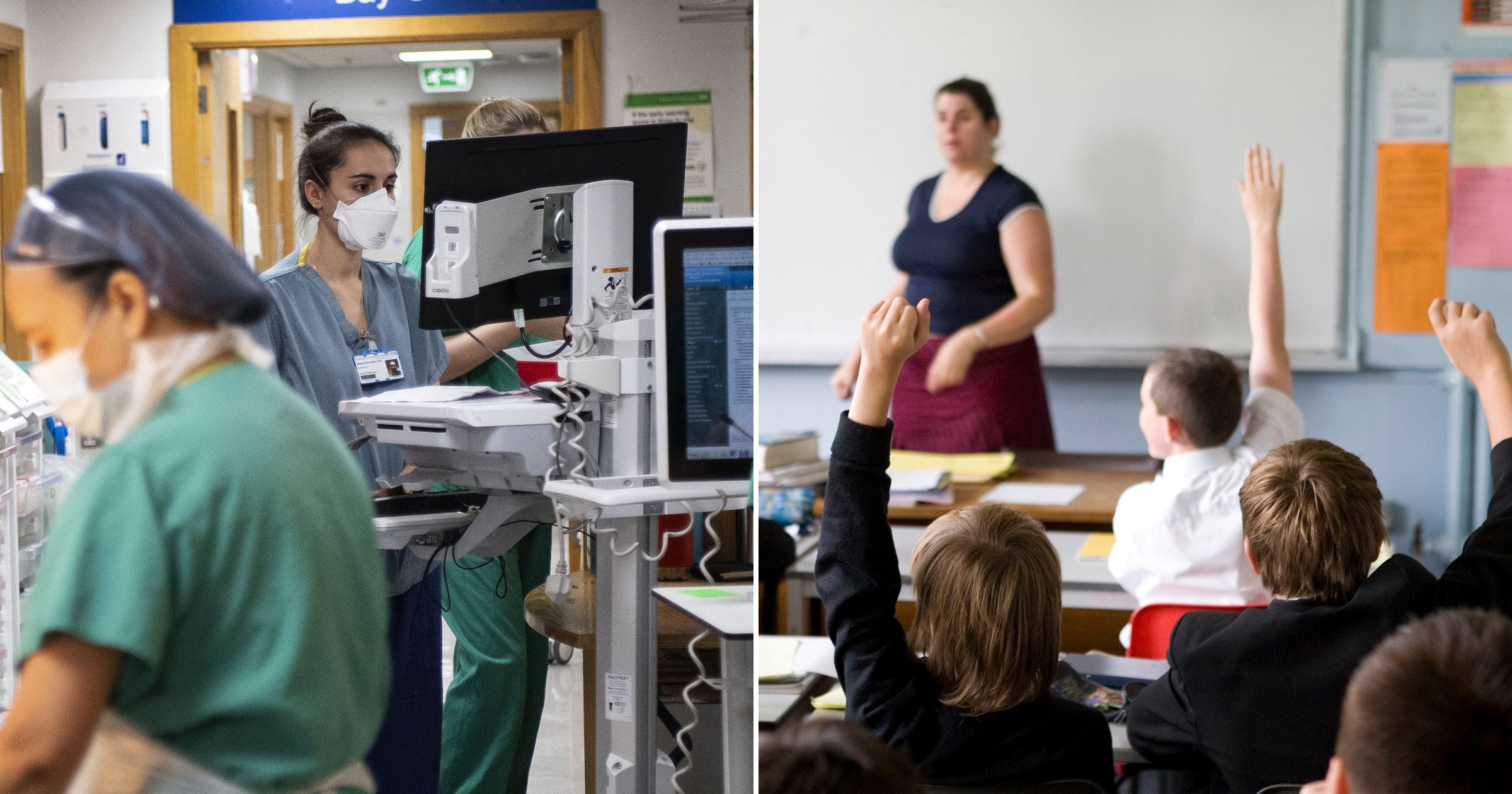 The chancellor has promised billions of pounds in funding to bolster both the NHS and education in his autumn statement today.

Jeremy Hunt said he will increase the NHS budget by an extra £3.3 billion in each of the next two years.

He also added he would give schools an extra £2.3 billion in each of the next two years.

Mr Hunt told the Commons he wants ‘Scandinavian quality alongside Singaporean efficiency’ in the NHS.

‘The NHS budget has been increased to record levels to deal with the pandemic and today I am asking it to join all public services in tackling waste and inefficiency,’ he said.

‘We want both better outcomes for citizens and better value for taxpayers. That does not mean asking people on the frontline, often exhausted and burned out, to work harder, which would not be fair.

‘But it does mean asking challenging questions about how to reform all our public services for the better.’

He said he has requested advice on ensuring integrated care boards work properly and has had discussions with NHS England ‘about the inflationary pressures on their budget’.

The chancellor also confirmed a boost of up to £2.8 billion for adult social care next year, and £4.7 billion the year after.

‘I want the social care system to help free up some of the 13,500 hospital beds that are occupied by those who should be at home,’ he explained.

Mr Hunt said the increase in funding will allow the social care system to help deliver an estimated 200,000 more care packages over the next two years.

On education, Mr Hunt said: ‘Our message to heads, teachers and classroom assistants today is: thank you for your brilliant work, we need it to continue and in difficult economic circumstances.

‘A Conservative government is investing more in the public service that defines all of our futures.’

He also rejected calls to put VAT on fees for independent schools, saying that would be ‘giving with one hand and taking away with another’.

The chancellor opened his budget statement with the bleak news that the UK is already in recession and unemployment is expected to rise to almost 5%.

As the cost of living crisis is expected to escalate through winter, he announced a further windfall tax on booming energy firms as part of a package to raise £14 billion.