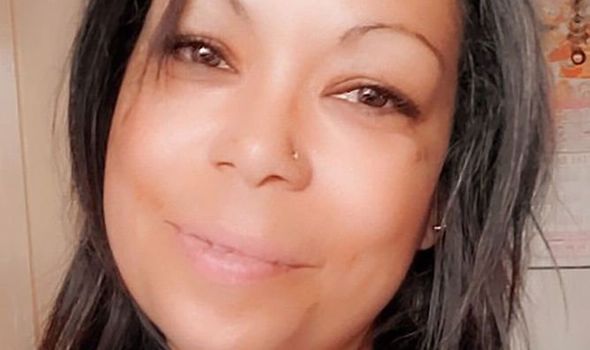 Nicola Moss, 41, was targeted by fraudsters who stole her Halifax life savings after an elaborate scam, known as authorised push payment fraud. The mum-of-three, who has also overcome coronavirus twice, was sent an email to her work account in February and, as Birmingham Live reports, it stated she had been booked for a Covid jab but asked for debit card details to pay for any missed appointment.

Nicola, who has been working up to 50 hours a week at hospital during the pandemic, sent the details but immediately regretted the decision and contacted Halifax to cancel her card.

Days later, though, a brazen fraudster phoned her claiming to be from her bank and then convinced her to go online and move her money to her ‘new account’ – owned by the fraudsters.

The heartbroken and hardworking mum later turned to Halifax to seek a refund of the stolen money, a figure Nicola does not want to reveal.

She was going to put the savings towards a deposit for a new home for her and her kids, Michael, 23, Alex, 15, and 14-year-old Olivia.

Initially Halifax only offered her a fraction of the four-figure sum stolen, £350, after they told her she had been negligent when transferring the money. 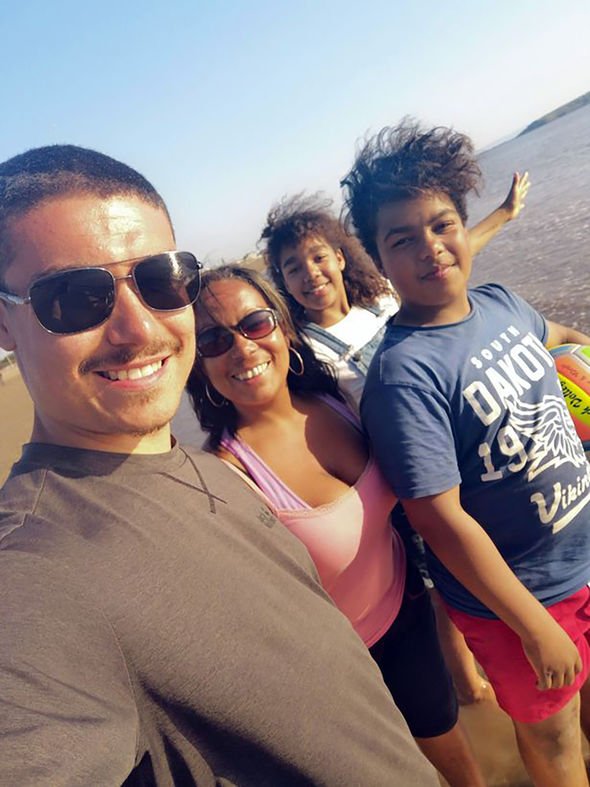 Since Birmingham Live contacted Halifax, the bank has refunded all Nicola’s money.

The single mum, of Walsall, West Midlands, said: “The phishing email came to my work email about coronavirus jabs and looked really legitimate as we’d all been told we would be contacted about our jabs by email.

“The email asked me for my card details and I was immediately suspicious until another lady (nurse), God bless her, just said, ‘Oh no that’s fine, I did mine yesterday and it’s just you get charged if you don’t go for your Covid jab’.

“That seemed to make sense to me. But, you know when you just get that voice in your head? I checked it and could see that the details would be sent to someone’s personal email address, so I got straight on to the bank and got my card cancelled.

“So that was all within 20 minutes so nothing was stolen at that point. The lady that I spoke to when I cancelled my card said that ‘if there is any unusual or suspicious activity on the account we’ll be in contact’.”

Nicola, who during the pandemic has helped some of those losing the fight against Covid make final poignant calls to loved ones, had a phone call two days later from whom she thought was a representative from her bank.

“A number flashed up and I’m sure it said Halifax Fraud so I genuinely thought it was them. The man was all sympathetic, he knew that I’d cancelled my card because of the scammers,” the nurse added. 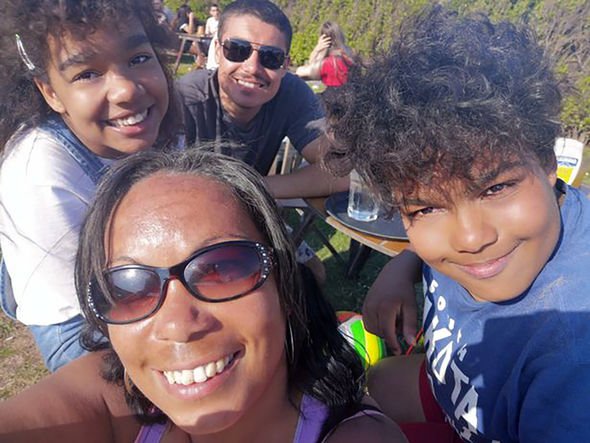 “He said there had been suspicious activity and in Liverpool someone had set up a direct debit. So I was really distressed and said, ‘What do I do?’

“They had obviously hacked in some way and could see what I had in my account because he came back on the phone and said, ‘I’m sorry to tell you, someone’s trying to hack your online account at the moment and your ISA is under threat’

“I hadn’t told them at that point I had an ISA so I don’t know how they knew that. They went through even my children’s savings as well that I have in a separate account but there wasn’t as much in that. They knew all these things were there.

“They even made an appointment for me to see my bank to show my ID to get access to my funds. So of course I rocked up to the bank, but the bank knew nothing about it. I’d been scammed.” 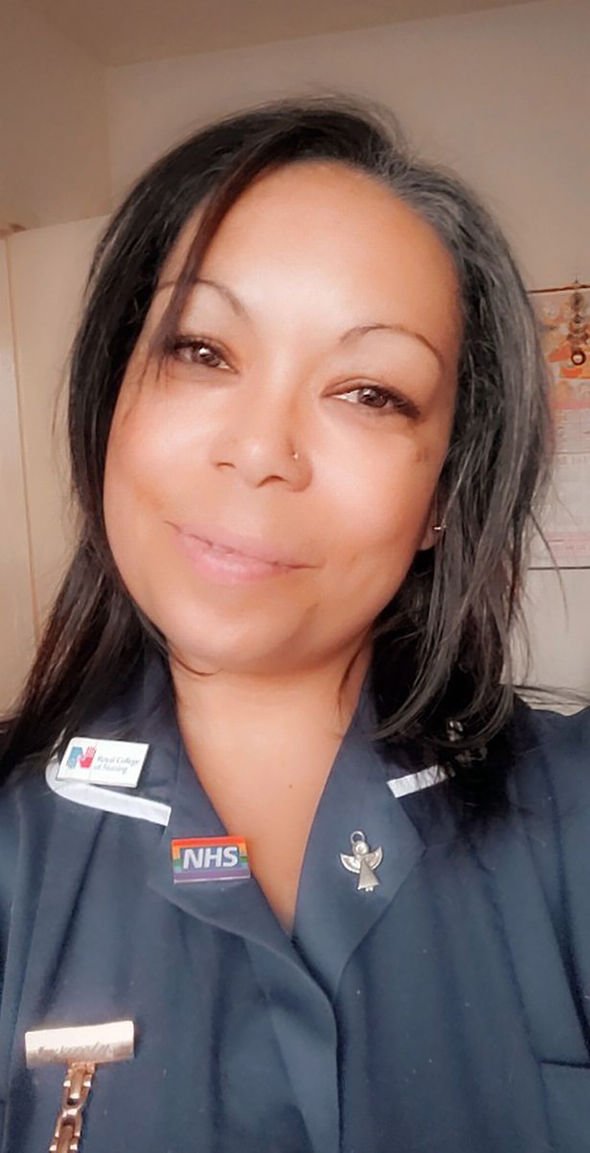 Nicola immediately told Halifax what had happened – but was refused a full refund as it claimed she had failed to spot a fraud warning notice while moving the money online.

She said: “Almost three weeks later I got a letter from Halifax telling me about this fund the bank uses to protect people against aggravated push payment scams but they said I didn’t qualify for it because it was ‘my own negligence’.

“They had justified not giving me the lost money by saying there’s a message that comes up on the payment screen. I understood what they were saying but the message comes up on a small box at the bottom of the screen with small writing.

“I’ve held an account with that bank since I was 13 years old, almost 30 years I’ve been with Halifax. My children have accounts with Halifax.

“I don’t know how the bank said it was all my fault.”

However, after BirminghamLive contacted Halifax about Nicola’s situation it carried out a review and concluded that it would repay all of Nicola’s funds.

The victim is now warning other NHS professionals.

She said: “I’m not the only one who got the email, it went through the hospital and I think other nurses fell for it that day.

“Inevitably, long term, I’m changing my surname, that’s the only way I can be fully protected because my information is out there now, on the dark web. All of it and there’s nothing that can be done about that.

“It just feels so violating and I feel exposed, it’s almost like being burgled but not physically.”

The theft was a crushing blow to a nurse who, like all others in the NHS, is giving so much to Covid patients.

Nicola said: “I’ve worked the whole way through the pandemic.

“I’ve had to take the phone around to patients so that relatives could say their goodbyes. That’s been the extent of my work for the last 12 months.

“I caught Covid the first time in April last year when we had our first surge. And I was off from Boxing Day to the beginning of February because the second time I caught Covid it took me down quite badly.

“My lungs have been significantly impacted unfortunately and investigations are still ongoing. I fell victim to the scam within days of returning to work after contracting Covid for the second time.”

Nicola, who rents her current home, had worked overtime throughout the pandemic and used that extra money to save towards a deposit for a new property on the south coast for her and her children – savings which the kids had even contributed to with their pocket money.

The mum said: “The kids call it the ‘new home fund’.

“Throughout December and January they saved £2.50 each out of their pocket money towards that new home fund. That little bit of money from them was stolen as well of course.

“These fraudsters have dragged me to hell. It’s just awful. Thanks to BirminghamLive for taking this up with Halifax on my behalf, I’ve just so relieved I’m getting my savings back.”

A Halifax spokesman said: “Helping to keep our customers’ money safe is our priority and we have a great deal of sympathy for Ms Moss, who sadly fell victim to fraudsters after clicking on a link in a phishing email and later transferring money to so-called ‘safe accounts’. Whilst customers are expected to take reasonable care when making payments, in line with the industry code, we also consider a number of other factors including whether the customer’s personal circumstances may have made them more susceptible to a scam.

“In this case, as we have now received new information about our customer’s personal circumstances, we have been able to refund the full amount she lost to the fraudsters. It’s important for people to treat every email, message and phone call that they’re not expecting with caution, and remember your bank or any other genuine organisation will never ask you to move money to a different account. If anyone does, it’s definitely a scam no matter how authentic it may appear.”