The number of A&E arrivals in England facing a delay of more than 12 hours between a decision to admit and being admitted increased sevenfold on last year, according to new NHS data. After a drop-off in attendances during the pandemic, major A&E departments were at their busiest on record. The extreme delays have been attributed to a growing number of hospital beds being taken up by patients who ought to be diverted to non-clinical social care, as well as critical staff shortages.

Almost a million patients faced a wait of over 12 hours after arriving in NHS England hospitals between April 2021 and March 2022.

The monthly average of attendances per day lasting over four hours has been creeping up since the pandemic, hitting a record high of 17,735 in March 2022. 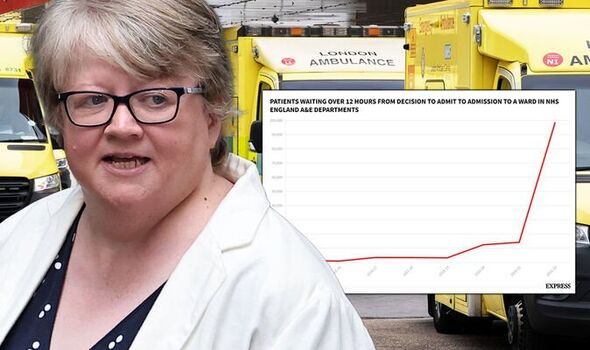 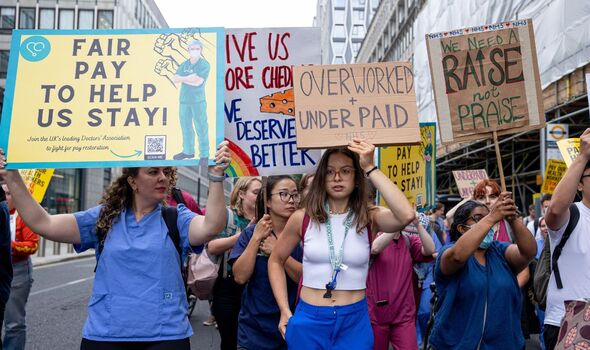 The number of A&E arrivals in England facing a delay of more than 12 hours between a decision to admit and being admitted also increased sevenfold last year.

This is almost a hundred times more than the 1,014 people that were recorded as having experienced a similar delay just six years ago, between 2015 and 2016.

Severe delays within the healthcare system have been attributed in part to staff shortages within the NHS, as full-time position vacancies hit their highest-ever levels this summer.

Jonathan White, Legal and Compliance Director at National Accident Helpline said: “Research conducted by the Nuffield Trust shows that the NHS in England is short of 12,000 hospital doctors and more than 50,000 nurses and midwives, with maternity services particularly under pressure.

“Not only is the NHS undergoing a staffing crisis, but current staff are under increased pressure and sick days are soaring due to anxiety, stress, and depression. As a result, the NHS is losing millions of full-time equivalent days and staff are having to increase their already heavy workloads.

“This persistent understaffing now poses a risk to staff and patient safety, as well as costing more as patients present later with more serious illness.

“There’s already a massive backlog the NHS is working through due to the disruption caused by Covid – now patients face waiting even longer for life-saving treatment which in turn poses serious health complications and for the NHS, potential legal consequences.”

DON’T MISS:
Migrant resuscitated after dinghy broke in two [REPORT]
Should UK have a bank holiday every year to celebrate the Queen? VOTE [POLL]
Truss wields axe on Boris’ ally and strips him of key role in Cabinet [LATEST]
Elderly couple killed after walking into road with ‘linked arms’ [BREAKING] 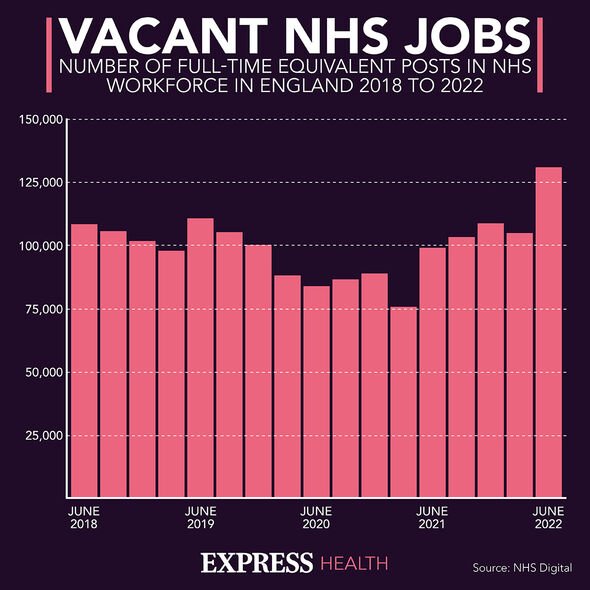 After falling during the pandemic, attendances to major A&E departments hit 16,600,587 over the past year – their highest level on record. A further 7,774,380 people attended minor injuries and walk-in centres.

Total attendances increased by almost seven million last year relative to the April 2020 to March 2021 period, soaring from 17,429,559 to 24,374,967 just as the NHS sought to tackle the backlog incurred during the pandemic.

The operational standard for A&E waiting times set out in the NHS Constitution dictates that 95 percent of patients should be admitted, transferred or discharged within four hours of arrival.

Last year, just 76.7 percent of A&E patients were treated within four hours – a record low and far less than the benchmark.

Incoming Health Secretary Therese Coffey has attributed the crisis to hospital patients that could be transferred to social care occupying beds for longer than necessary.

As such, part of the emergency plan she has proposed includes paying care homes in England to look after patients who are medically fit to leave hospital.

Speaking to BBC Radio 4 last week, Ms Coffey said: “People are clear that within the system there are people in hospital who don’t need to be in hospital, do need continuing care, but not necessarily in our acute hospitals.

“That’s why making sure we help patients get to the place where they need to be will open up the opportunity and capacity for more people to be treated in acute hospitals.” 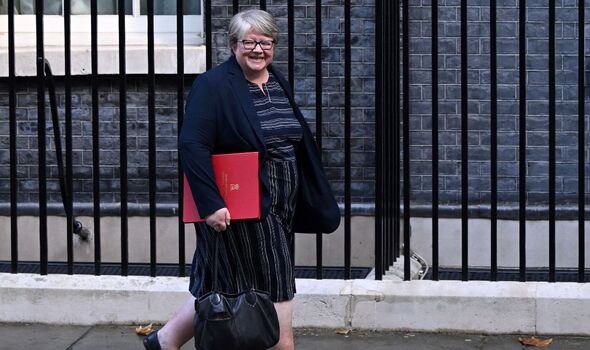 The issue is also said to be contributing to delays within the ambulance service, as a lack of available beds in emergency rooms forces crews to queue and wait, preventing them from responding to new 999 calls.

According to separate NHS England data, in August, ambulances in England took an average of nine minutes and eight seconds to respond to the most severe emergency calls – significantly longer than the seven-minute target.

Looking at the second-most severe category of calls, covering conditions such as suspected strokes, chest pains, or major burns, the performance of ambulance services is even worse.

These calls should be responded to within 18 minutes, but every regional service in the country except Yorkshire took more than twice as long in August. The worst performance was recorded by the East of England Ambulance which took an average of one hour and one minute to reach the scene of an incident.