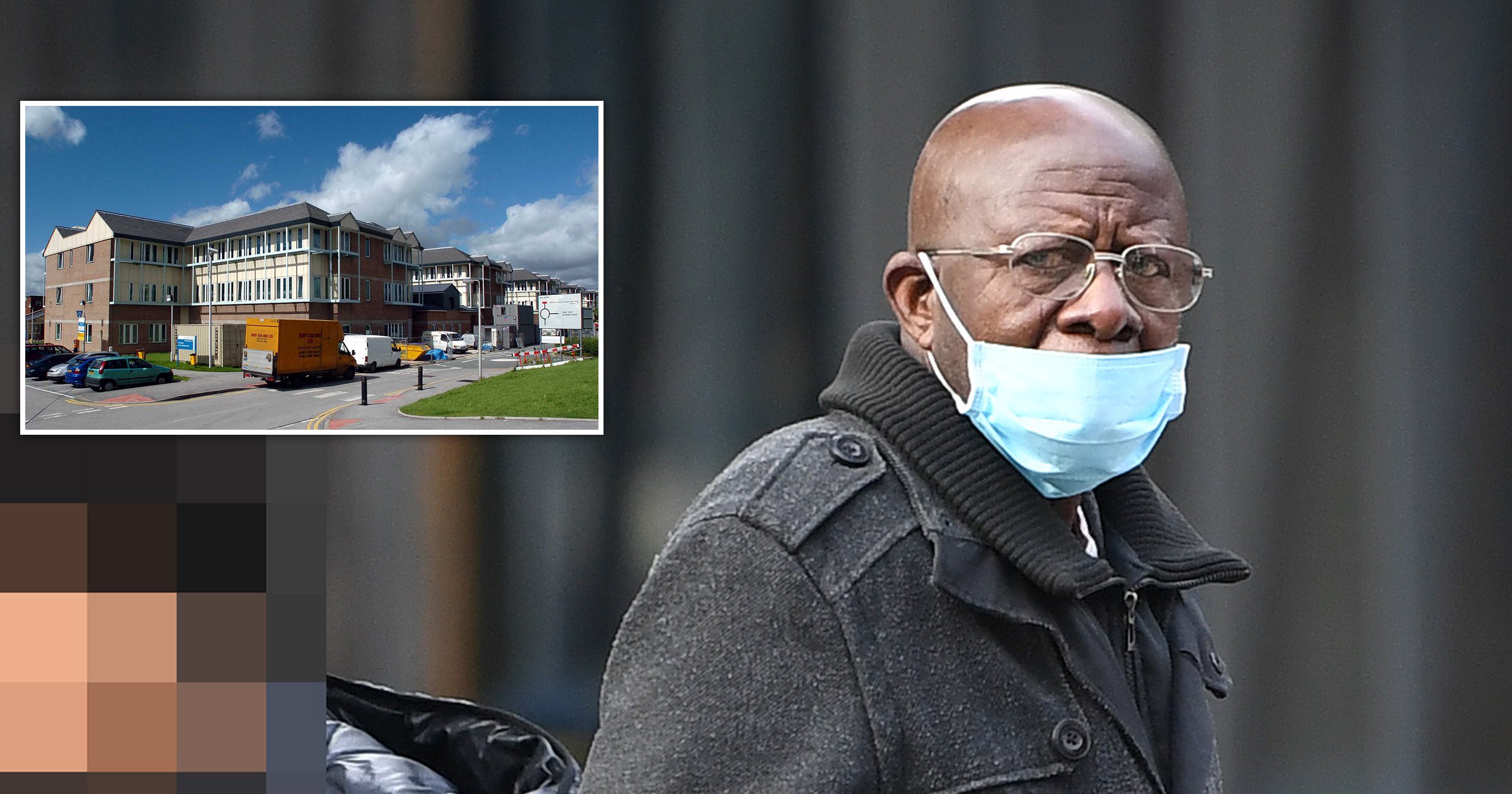 A doctor killed a woman during a hospital procedure, three years after he left another patient permanently disabled doing the same test.

Shahida Parveen, 48, died after attending the Royal Oldham hospital for a bone marrow biopsy in September 2018.

Dr Isyaka Mamman, now 85, carried out a ‘highly dangerous procedure’ on the married mum of three instead of the conventional technique, even as her husband ‘begged’ him to stop and she ‘screamed’ in pain.

The doctor, then aged 81, had tried to take a sample from Mrs Parveen’s hip bone, but was unsuccessful so tried her sternum.

Mamman, of Cumberland Drive, Royton, near Oldham, had already been suspended once by medical watchdogs for lying about his age before the fatal appointment.

He was also responsible for a series of bungled appointments which led to complaints from patients.

Dr Mamman, who pleaded guilty to gross negligence manslaughter at a previous hearing, has been warned to expect a prison sentence when he is sentenced today.

Prosecutors said the procedure carried out on Mrs Parveen was rarely used in the UK.

She had objected as Dr Mamman asked her to roll onto her back but submitted after he reassured her he had 40 years of experience, Manchester Crown Court heard.

He inserted the biopsy needle but missed the sternum ‘altogether’, causing a fatal puncture wound to the pericardium which encloses the heart.

After Mrs Parveen collapsed, her husband came running out of the room shouting: ‘He killed her!

‘I told him to stop three times and he did not listen. He killed her.’

Three years earlier, Dr Mamman had carried out the same procedure on a 64-year-old man who then suffered a cardiac arrest.

The man survived but was left permanently disabled.

Her cause of death was registered as ‘cardiac tamponade’, the building up of extra fluids causing pressure on the heart, caused as a result of the needle Dr Mamman used.

‘She was young and well, she had no problems when she died,’ Mrs Parveen’s husband Khizar Mahmood said.

‘Every day I relive that day in the hospital, her name being called, going into the room, the way the doctor spoke to us and when he didn’t listen to us both telling him to leave it.

‘She was everything to me and our three sons.’

The court heard that Dr Mamman was born in Okene, Nigeria, and has been a qualified doctor since 1965, working full-time in the UK since 1991.

He was employed by Pennine Acute from 2004 as a specialty doctor in the haematology department with one of his ‘regular’ duties being to conduct bone marrow samples for biopsy.

But the doctor’s ‘true age’ has come under speculation.

In the early 2000s he claimed he had been born in 1947, which would have meant he would have started his degree course aged ten, prosecutor Andrew Thomas QC said.

When this was discovered in 2004, Dr Mamman was suspended for 12 months by the General Medical Council.

Pennine Acute sacked the doctor, but following the year-long suspension and a ‘restoration hearing’, the Trust re-employed him in his previous role.

At the hearing, it was ‘agreed’ that the doctor had been born in 1943, which would have made him 63.

The law at the time, which has now been rescinded, forced doctors to retire aged 65. Dr Mamman now accepts he was actually born in 1936.

Before he joined Pennine Acute, Dr Mamman had left his previous job with the Medway Trust in Kent due to ‘poor performance’.

In 2015 a female patient of Dr Mamman made a formal complaint after she was left in ‘considerable pain’ when he had used ‘excessive force’ while conducting a bone marrow biopsy.

The patient was told that Dr Mamman’s colleagues thought he should retire, but ‘could not be dismissed purely because of his age’.

She was assured he would be put on light duties in future.

However, that same year, Dr Mamman was involved in another clinical incident which resulted in a patient being left permanently disabled.

Defending, Michael Hayton QC said Dr Mamman had ‘devoted his life to the care and treatment of others over very many years’ over a ‘largely successful’ career’.

‘This defendant has been profoundly affected by his actions, the loss of life caused by his negligence,’ he said.

‘It is something he deeply regrets.’