A prolonged spell of mild weather combined with below average incidence of flu and norovirus all contributed to the improved performance.

NHS England and the Department of Health said the figures were proof that planning and emergency investments were paying off, but hospital trusts warned against complacency and one doctors’ group warned of “mayhem” in the coming weeks.

Figures for the last two weeks of December showed that two key barometers of pressure on the system, ambulance handover delays and bed occupancy, both improved compared to last year.

While the total number of patients taken to hospital by ambulance increased by 4,500 over the fortnight to 30 December, the number who had to wait on ambulances at hospital for more than 30 minutes fell. 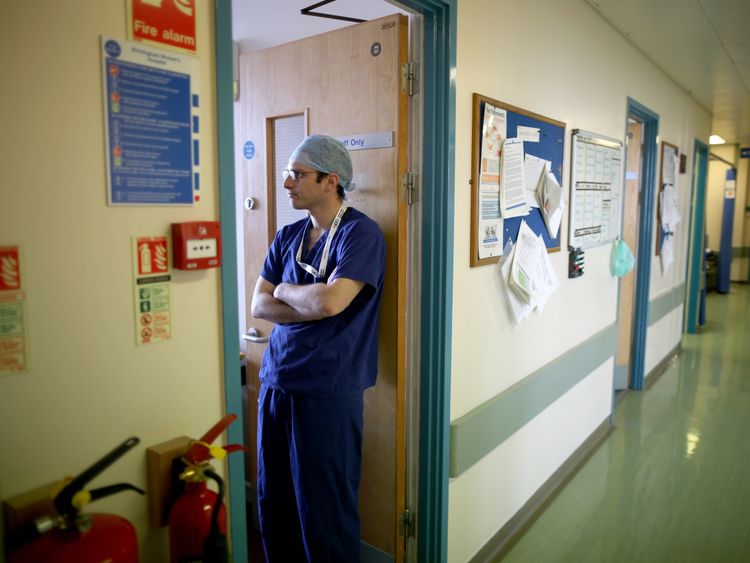 There were 9,717 handover delays last week, down from 16,700 for the same period in 2017, when a cold snap and a nascent flu outbreak led to a huge spike in demand.

The figure still accounted for almost 10% of all patients arriving by ambulance however, and in total almost 40,000 people have faced a delay to being treated in hospital.

Bed occupancy also fell in what are traditionally the quietest two weeks of winter as patients try to get home for Christmas.

Despite the national improvement, many hospitals were struggling with capacity, with at least 30 trusts reporting occupancy of 99% or 100% on at least one day last week.

The Department of Health said the improved performance was in part attributable to an emergency injection of £420m made last autumn to help hospitals and social care prepare for winter and buying new ambulances.

Some £145m went on 81 hospital projects including upgrading emergency departments, expanding walk-in treatment centres and adding bed capacity. Local authorities received £240m to provide care packages for up to 30,000 so they could recuperate at home rather than in hospital.

Dr Nick Scriven, president of the Society for Acute Medicine, warned that despite the improved picture hospitals will face “severe difficulties” as temperatures drop in the coming days.

“Influenza is here and is already impacting the NHS and, with colder weather starting to set in, this will further stress already stretched services,” he said.

“I and many colleagues across the country are anticipating mayhem this weekend as temperatures drop, but it will come as no surprise to us.

“Within the last week I have had colleagues warning of emergency departments and intensive care units being full, and that will only worsen in the coming weeks.”

“Let’s be under no illusion: hospitals remain dangerously overcrowded, nearly 40,000 patients have had to wait in backed up ambulances so far this winter, while 54,000 sick patients endured waits of over four hours in November and 12 hour breaches more than doubled compared with last November.

“This is still unacceptably far from the standards expected, adding up to a winter of misery for patients and their families.”

A spokesperson for NHS England said: “Thanks to the hard work and preparation of NHS staff the health service is performing better this winter than last, with people being seen more quickly in emergency departments, fewer ambulance delays, evening and weekend GP appointments across the country and more people able to leave hospital and get home sooner.”