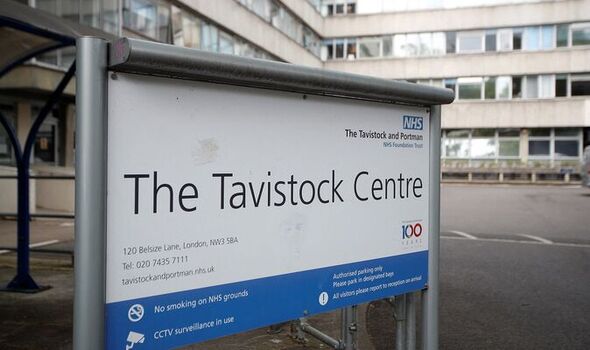 The move, announced by NHS England on Thursday, was welcomed by some former users of the service, who felt they had been given the wrong advice and treatment there. It will see the Tavistock Centre in London closed down.

Instead, young people who believe that they are trans will now be moved into regional centres which will take a more ‘holistic’ approach to treatment.

This will include looking at other mental health or medical issues they may have.

Keira Bell, who was prescribed puberty blockers at the centre when she was just 16 years old but later stopped the transition process, welcomed the decision.

Now 25, she said: “I’m over the moon. It means many children will be saved from going down that path that I went down.

She added: “I thought that that was the way I needed to go (transition) but really I just needed some support… mental health support and some therapy really.”

She said medics at the Tavistock moved to prescribe puberty blockers for troubled youngsters far too quickly and instead should have given mental health support first.

“We are talking about children here, medicalising children based on the fact that you know they feel a certain way,” she said.

She added that children in that position should have been offered mental health support, rather than puberty blockers, in order to get them back to “reality”.

“They are messing with children’s lives,” she added. “People at the Tavistock should be ashamed.”

The decision to close the centre comes in response to the interim Cass Review, which warned that medics in the Tavistock had felt “under pressure to adopt an unquestioning affirmative approach” to gender identity rather than going through the normal process of clinic assessment with young people.

Dr Hilary Cass, the consultant paediatrician who is leading the independent review, found earlier this year that the clinic as the only provider of gender identity services for young people in England was “not a safe or viable long-term option”.

Announcing the closure and their response to Dr Cass’s recommendations yesterday, NHS England said that “given the urgent requirement to stabilise current service provision” they will establish two “Early Adopter services” run by specialist children’s hospitals.

The centres, one in London and one in the North West, will take responsibility for all of the Tavistock clinic’s patients and waiting lists with the aim to shut down the clinic by next spring.

A second service in the North West will be led by Alder Hey Children’s NHS Foundation Trust and the Royal Manchester Children’s Hospital, with both trusts providing specialist mental health services.

NHS England have also committed to follow Dr Cass’s recommendation that they carry out “rapid” research on the use of puberty blockers by young people after it was noted there is currently “insufficient evidence” on their impact.

The Cass review was commissioned by NHS England in 2020 amid concerns that there was “scarce and inconclusive evidence to support clinical decision making” which saw children as young as 10 given puberty blockers.

There were concerns over a sharp rise in referrals to the Gender Identity Development Service (GIDS) run by the Tavistock and Portman NHS Foundation Trust – over 5,000 in 2021/2 compared to 250 a decade earlier and long waiting lists.

Dr Cass, a past president of the Royal College of Paediatrics and Child Health, was also asked to investigate the “marked changes” in the patients being referred from those who are born men wishing to become women to girls in their early teens claiming that they were born in the wrong body.

A spokesman for NHS England noted that there were “a significant number of children are also presenting with neurodiversity and other mental health needs and risky behaviours which requires careful consideration and needs to be better understood”.

It was amid fears that doctors were too quick to affirm a child’s new identity, without looking at other mental health or medical issues, that Dr Cass recommended moving away from a single provider model.

The NHS said that it recognised the need to “establish regional services that work to a new clinical model that can better meet the holistic needs of a vulnerable group of children and young people”.

WRN spokeswoman Heather Binning said: “No child is born in the wrong body and no child should be put on a medical pathway which will damage their health, fertility and sexual function.

“It is a scandal that this clinic was allowed to continue for as long as it has despite so many red flags.

“Whistleblowers, the 5000 per cent rise in girls and young women being referred with gender dysphoria, and the testimony of detransitioners such as Keira Bell were clear evidence that something was seriously wrong.

“We fear the full findings of the Cass Review will be horrific.

“To be referred to the Tavistock, children had to be diagnosed with gender dysphoria, which is an anxiety disorder related to body image. The Tavistock and organisations such as Mermaids and Stonewall have promoted so-called affirmative treatment for gender dysphoria and made emotive claims that young people would kill themselves if they were denied treatment.

“Gender activists also liken any counselling or talking therapies to explore the issues underlying this gender confusion with conversion therapis used against gay men and lesbians, and are seeking to ban healthcare professionals from offering this much-needed support.

“No one in their right mind would ever suggest ‘affirming’ anorexia — yet affirming ‘gender’ changes and resulting lifelong medicalisation is what has been happening at the Tavistock & Portman GIDS clinic.”