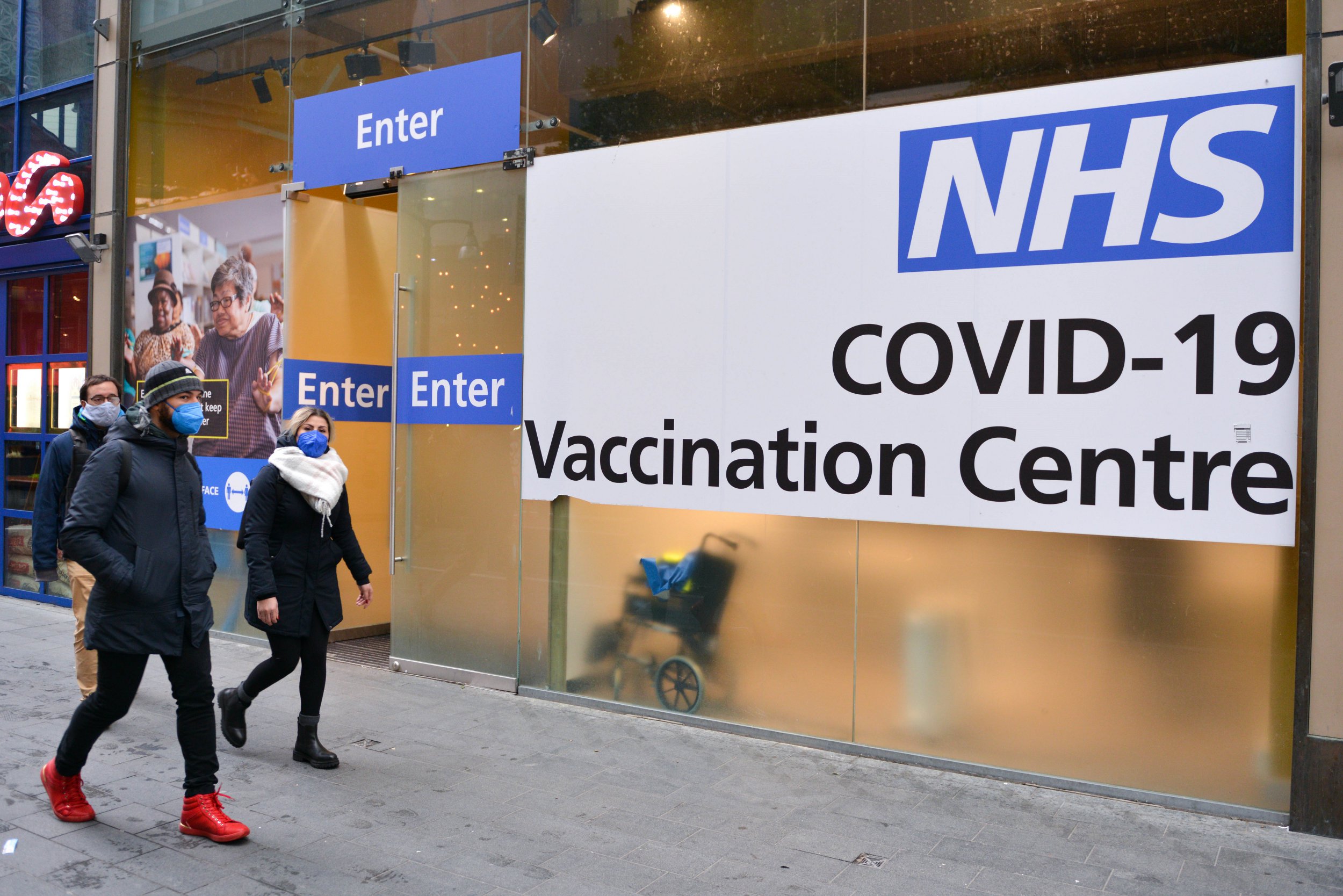 The NHS will have to postpone some planned appointments to meet the target of giving every adult in England a booster jab by the end of the year.

Nursing leaders have expressed concern about the ‘scale and pace’ of the vaccine programme expansion, which aims to jab almost a million people every day.

Meanwhile, a charity has told the Government to ensure NHS cancer services are ‘prioritised and protected’.

The target for giving every adult a booster jab was brought forward by a month over fears of a ‘tidal wave of Omicron’ that could cause ‘very many deaths’.

In an address to the nation on Sunday evening, Boris Johnson said Britain ‘must urgently reinforce our wall of vaccine protection’ as he set the new deadline of jabbing everyone over 18 by the new year.

He said scientists had discovered that two doses of a vaccine is ‘simply not enough’ to prevent the spread of the new variant and that, without a lightning speed mass booster campaign, the NHS could be overwhelmed.

The mission to administer millions more jabs by December 31 will see 42 military planning teams deployed across every health region.

Extra vaccine sites will be opened and additional mobile units deployed, clinic opening hours are to be extended to allow people to be jabbed around the clock and at weekends, while thousands more vaccinators will be trained.

Mr Johnson said: ‘To hit the pace we need, we’ll need to match the NHS’s best vaccination day so far – and then beat that day after day.

‘This will require an extraordinary effort.

‘And as we focus on boosters and make this new target achievable, it will mean some other appointments will need to be postponed until the new year.

‘But if we don’t do this now, the wave of Omicron could be so big that cancellations and disruptions, like the loss of cancer appointments, would be even greater next year.’

The highest number of vaccinations reported in one day in the UK was 844,285 on March 20 2021 – equivalent to vaccinating the entire population of Liverpool in one day.

In a direct plea to GPs, doctors, nurses and others on the NHS front line, who he said had ‘worked incredibly hard’ throughout the pandemic, Mr Johnson said: ‘I must ask you to make another extraordinary effort now, so we can protect you, and your colleagues, and above all protect your patients from even greater pressures next year.’

NHS England said GP teams will be asked to ‘clinically prioritise their services to free up maximal capacity’ to support the Covid-19 vaccination programme, alongside delivering critical appointments such as cancer, urgent and emergency care.

It said this ‘might mean that for some people, routine appointments are postponed as part of the national mission to roll out boosters’.

Steven McIntosh, executive director of advocacy and communications at Macmillan Cancer Support, said everyone can play a role in reducing pressure on critical NHS care by getting vaccinated, getting a booster jab and following Covid guidelines.

He added: ‘However, the Government also must not fail to ensure NHS cancer services are prioritised and protected this winter to ensure that nobody faces long waits and disruption in vital cancer care.’