Arts and entertainment venues and organisations across Northern Ireland are facing “devastation”.

That is according to 37 leading venues and organisations including theatres, festivals and arts centres.

They are calling for £33m received by the executive in July as part of a UK government package for arts venues to be spent “in the coming weeks”.

In a letter to every MLA, they warn venues will close and jobs will be lost if that support does not arrive.

Theatres and concert venues in Northern Ireland have not yet been given a date to reopen to audiences. 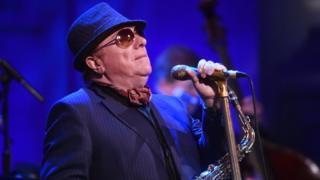 However even when they do, social distancing will mean that many will be operating with significantly reduced capacity which will leave them facing financial losses.

Some of the biggest names in music including Sir Van Morrison, Ash and Snow Patrol have also warned of the impact on Northern Ireland’s music industry.

Leading figures like Lord Lloyd-Webber have warned the arts in the UK are at the “point of no return” due to coronavirus restrictions.

According to the Arts Council of Northern Ireland, about 7,500 people are employed in arts and entertainment on a permanent or freelance basis.

They said they understood that many people in Northern Ireland faced an uncertain future, but the arts and culture sector was under “very real pressure”.

“Our arts venues and organisations, of all sizes and across Northern Ireland, have been closed since March with the subsequent loss of revenue,” they said.

“Staff have been furloughed and many of our freelancers have fallen through the gaps in support.

“Our sector is teetering on the brink of devastation.

“We want you to work with your colleagues, Minister Carál NI Chuilín and others in the NI Executive to help secure the full financial package of £33 million which was allocated to Northern Ireland as a result of a UK-wide investment in the sector which was announced in July.

“This potential investment is necessary and vital if we are to avoid the collapse of our industry.

“We need the full allocation of £33 million to be spent as intended – in full, and very soon.

“The initial UK allocation to help the arts survive was made in early July.

“Two months later the urgency and gravity of our situation has deepened.

“We need funds allocated in the coming weeks as this is all the time we have left to ensure that we do not become a cultural wasteland”.

The Department for Communities has previously said it is preparing a bid to the executive regarding the £33m support.